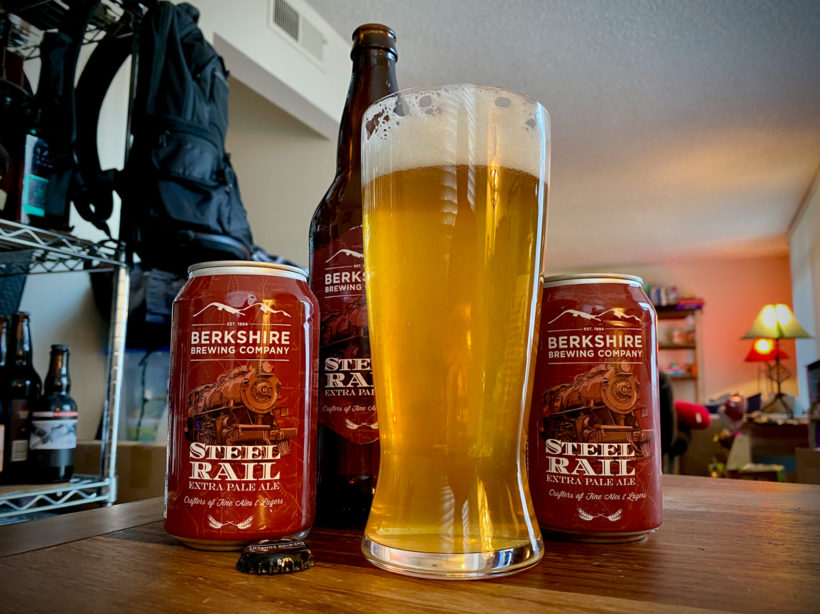 Twenty five years ago today, I was at the Eastside Grill in Northampton, Mass. having dinner with my family. I had just recently gotten into coding websites for a living and had this idea for taking notes on beers and eventually publishing them on the World Wide Web. So, I ordered a Steel Rail Extra Pale from Berkshire Brewing Company and wrote my thoughts on a napkin. I described the beer’s presentation, appearance, smell, taste, and final thoughts.

Appearance: Slightly cloudy, with a smooth white head that left rings around the glass as the level went down.

Smell: This brew had a nice clean balance of malt and hop aromas, with hints of a pleasing citrus smell.

Notes: By far one of the best American Pale Ales in the NE on tap. The chicken, shrimp, and andouille jambalaya complemented this extraordinary brew. Mexican and other Cajun meals would also be recommended.

The website in my head wouldn’t launch for another year or so as I ramped up my coding skills, but I held on to that napkin. It was my first beer review, and the inspiration for everything that followed. We’ll eventually dig into all of that in a series of articles that I’m banging out that aims to capture 25 years of beer advocacy.

In the meantime, I thought it be fun to revisit Steel Rail Extra Pale Ale. A beer that I probably haven’t had for around two decades. But, before I crack one open, let’s do a quick overview of the beer.

Berkshire describes Steel Rail Extra Pale Ale as follows: “Berkshire Brewing Company’s flagship brew is a light colored, medium bodied ale exhibiting exceptional freshness through its 2-Row Pale malt backbone and signature hop flavor and aroma. In the words of renowned beer writer Lew Bryson, Steel Rail EPA is ‘what the water in heaven oughta taste like.'” Currently, it scores an 81 (Good) with 706 ratings, 236 reviews, and a 3.57/5 average. I went back and gave it 3.85 (+7.8% rDev) when we introduced user reviews in 2000, which also included 1-5 ratable attributes (appearance, smell, taste, mouthfeel, notes). Before that, all beer reviews were text-only and posted by my brother Jason and me. So, for this review, I’m not going to rate the beer. I’m just going to jot down some thoughts like I did on August 22, 1996.

12oz “born on” 07/06/2021. Pours pale yellow into the glass with a slight touch of haze. Lively carbonation creates a thick, three fingered head with plenty of lacing and foam until the last sip. Bready nose with fresh hay and toasted grains. Smooth and very creamy with a medium-ish and firm body. First sip is malty, sweet, toasty, grainy, bread crust around the edges, hints of caramel, with a very dry and biscuity finish that goes a bit astringent. Bitterness is quite low, but seems to build up with each new sip with a splash of citrus and grass. And, as the beer warms, soft Red Delicious apple notes pull through as well as some nutty and earthy flavors.

Steel Rail Extra Pale Ale is a classic American Pale Ale that brings you back to the days when beers focused on malty backbones and balance.

Thanks to Gary Bogoff and Brett Reiter at Berkshire Brewing for sending me a fresh sample and allowing me to revisit the beer that started BeerAdvocate. Cheers! ■ 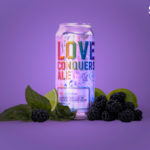