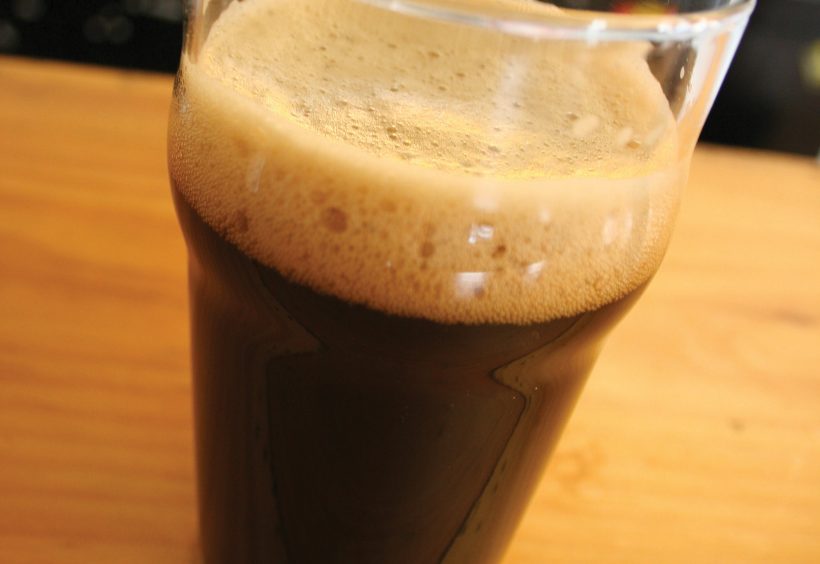 At eight years of age and with a sour attitude about putting a spoonful of gloopy, gray, gelatinous gunk to my mouth, I never imagined there’d be a day I might actually like the stuff. And I’m not talking about the barely edible bowlfuls I choke down now upon the advice and arm-twisting of the appetite terminators at the American Medical Association.

When it comes to enhancing the flavor of oatmeal, the only real solution is a half cup of brown sugar.

Or a glass of Samuel Smith’s Oatmeal Stout. Dark and handsome with a brown collar of foam, this is a deliciously filling beer that seems, well, wholesome. Knock back a couple of them and you can almost feel your cholesterol dropping.

Indeed, a century ago, that was the main selling point of Oatmeal Stout. Years before advertisers told us that “Guinness is good for you,” doctors and midwives were prescribing regular pints of Oatmeal Stout for a variety of ailments. The Chamberlain & Smith beer importers of Norwich, England, advertised in 1908 that its Oatmeal Stout was “most invigorating for athletes.” Expectant mothers were told to drink a glass at noontime to promote breast milk production—an old wives’ tale that the Journal of American Medicine was unable to debunk in 1913.

Wartime ingredient shortages doomed the beer; by the 1930s there wasn’t a single English brewery that made the glorious Stout. It was extinct for 50 years, till beer importer Charlie Finkel persuaded Samuel Smith’s to give it a go. Today, there are at least 300 different varieties, including outstanding versions from Anderson Valley, McAuslan and Breckinridge. Wolaver’s makes an organic Oatmeal Stout, Stoudt’s Fat Dog is an Imperial (9 percent alcohol) Oatmeal.

Well made, Oatmeal Stout is a rich, satisfying ale that invites you to take one quaff after another. Up front, it greets your tongue with a slightly burnt edge; rather than rudely overwhelming your palate though, the bitterness quickly smoothes out with silky tides of flavor and a sweet finish. Yum, you might finally concede, oatmeal sure tastes good.

Not so fast. The oatmeal in that brew doesn’t provide much flavor. In fact, Oatmeal Stout typically contains only five to 10 percent oatmeal; any more, and the brewer faces a big, pasty mess that makes it exceptionally hard to properly lauter the batch. That roasted flavor comes from the same malt you’d find in any other stout. You probably notice the sweetness because it contains fewer hops.

“Oatmeal isn’t really a flavor,” said Patrick Jones, brewer at Triumph Brewing’s pub in the Old City section of Philadelphia. “It’s a texture.” The oatmeal, he said, mainly provides proteins that have a molecular structure that gives the beer that velvety smooth feel in your mouth. Many breweries enhance that sensation by serving it on nitrogen taps, like the ones that pour Guinness.

But place, say, an Alaskan Stout side by side with a Guinness, and you might never go back to Ireland. Creamy, dark and mellow, it slays you with a complex array of flavor: chocolate, caramel and coffee. Your morning bowl of oatmeal never tasted so good. 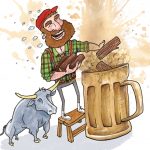 Previous: Get Your Wood On: Oaking Your Homebrew Made Easy 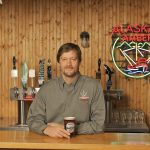