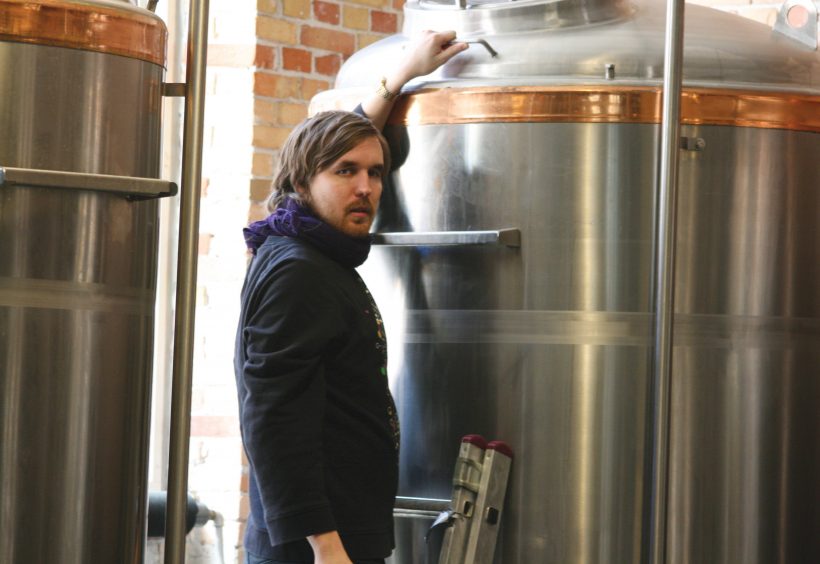 Copenhagen’s Mikkel Borg Bjergsø is taking several continents’ worth of brewing scenes by storm. His Mikkeller brewery, while barely two years old, is producing some of the world’s most sought-after beers. And all he set out to do was brew some good beers in his kitchen, and maybe show a few of his fellow Danes what good beer is all about.

1. Why not?
Bjergsø and Mikkeller’s co-founder, Kristian Klarup Keller, began homebrewing five years ago. Denmark’s craft beer scene was exploding, and the pair wanted to be a part of it. “We thought it was very interesting to taste these new beers, and then, why not brew it ourselves at home?” Bjergsø says. They’d tasted a Danish IPA that they loved, and “We thought it would be fun to brew the same beer. We actually started pretty heavy with hops. After a few turns, we succeeded in cloning this beer, and we thought, why not take it a little further?”

2. Dial it up
Bjergsø and Keller were drinking lots of aggressive American craft beers acquired through internet beer boards, so the next step was, logically enough, cranking their own IPA recipes up a notch or five. They also began brewing monster Imperial Stouts and Belgian Ales. Their curiosity mirrored their country’s rapidly expanding palate. Ten years ago, Bjergsø says, “It was next to impossible to get a Danish beer besides normal piss yellow lager.” Now, “the beer scene is growing like crazy,” with dozens of new breweries producing flavorful, globally influenced beers.

3. Next stop: internet superstardom
Bjergsø hadn’t planned on helping lead the Danish brewing revolution. “We thought it would be fun to get people’s reaction to our beer,” he says, so he started bottling his homebrewed beers on a very small scale and selling it under the Mikkeller label. Mikkeller’s beers rapidly gained a fanatical following on the internet, and calls from international distributors weren’t far behind. “Of course, it was kind of strange,” Bjergsø concedes. “We never thought that we were going to sell a lot of beer, but we thought, we might as well see what we could do with it.” In three years, a kitchen homebrew system had grown into a commercial enterprise.

4. Find balance in the wildest extremities
“I try to push the limits of what is possible for a beer of a certain style,” Bjergsø explains. “We brew the beer we like, and we don’t think too much what the customer wants—which I think is actually a good thing. We can go all the way every time, and just hope people like it.” And so far, they like most of it, at least. Mikkeller’s stable of beers includes an impeccable American IPA, an Imperial Pilsner, the wildly popular Beer Geek Breakfast Oatmeal Coffee Stout and a just-released 17-percent ABV Imperial Stout. “I want it to be extreme but balanced—extreme is not it alone, it has to be balanced also. We don’t always succeed, but at least we try.”

5. Keep it local
“Every beer we brew, we want to change people’s opinion about what beer is, at least in Denmark,” Bjergsø says. If those beers happen to become big internationally, it’s a nice bonus. But his primary focus is fomenting a taste revolution among his countrymen. “We want to show the Danish beer drinkers that you can brew a beer that’s stronger than wine, and still make it tasty. In Denmark, when you buy a 10 percent beer, it’s mostly from Carlsberg, and it tastes awful—this is people’s opinion about strong beer. We want to show that it doesn’t have to be.”

6. Don’t get huge
Mikkeller is on track to brew 1,000 barrels this year. That’s about as big as it’ll likely ever get. “A thousand barrels is enough,” Bjergsø says, professing “no pressure” to keep up with burgeoning demand. “It’s never been the intention of being big. Of course I want to supply my customers, but I won’t stress too much. I don’t want it to be a beer you can go buy in supermarkets. I want buying a Mikkeller to be a special thing. And a thousand barrels is already a lot bigger than I thought Mikkeller would be.”

7. Hit the road
Mikkeller, born in a kitchen, is contract brewed across Denmark, Belgium and Scandinavia. “We never wanted to have our own brewhouse,” Bjergsø argues. “We want the freedom of being able to brew a beer, and don’t really give a damn if it sells or not. When you’re not investing a lot of money in a brewhouse, you have a certain freedom that I don’t think you have if you have to sell this amount of beer every year to survive.” Instead, Bjergsø can match his recipes to contractors’ equipment. “It’s kind of like a candy store of brewhouses. And I can choose the best.”

8. Don’t forsake the kitchen
“I still brew on a small scale on my own when I have time,” Bjergsø says. “If I want to try a brand new style, I try to do it on a smaller scale beforehand—but also just because I like brewing on this small scale. I find it relaxing, being able to spend the whole day brewing in a relaxed environment, not having to be with all these big brewhouse things.”

9. Go it alone? Never
“One of the things I want to do is not only to brew Mikkeller beers, but also to brew with best brewers in the world,” Bjergsø says. He’s done a Wheatwine with Three Floyds, a Belgian Tripel Double IPA with De Struise Brouwers and a Cowberry Lambic with Norway’s Nøgne Ø; a project featuring both Stone and AleSmith is in the works for June. “That’s the most fun about Mikkeller,” Bjergsø says, “working with others—meeting them, brewing with them and learning from them.” ■ 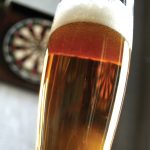 Previous: Bohemian Pilsner: Will the Real Pilsner Please Stand Up? 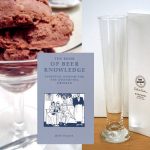