American Brewers in the Land of the Midnight Sun 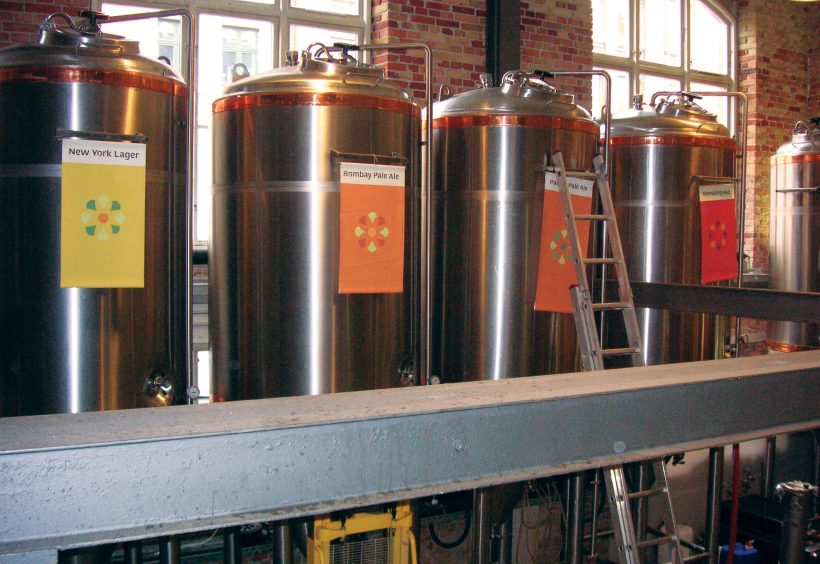 Mankind has 5,000 years of recorded brewing history; innumerable technological advances, stainless steel, iodophor, indirect-fired kilns and isolated yeast cultures. We have hops for cryin’ out loud. Yet here I am, 3,596 miles from Boston, sitting ass-first in a field of mud, picking flowers to make beer with not a Cascade, Goldings or Saaz in sight. The dirty, damp knees and seat of my Carharrts aside, I’m actually pretty happy to participate in an event masterminded by my good friend Anders Kissmeyer, owner, founder and brewmaster of Nørrebro Bryghus in Copenhagen, Denmark. My fiancée, Cindy, and I flew to Copenhagen, drove across Denmark and took a ferry to the small island of Fanø in the North Sea to collect fresh heather. Tomorrow we’ll add the blossoms, plus some wild hops we found along with sweet gale and lavender to the kettle at Nørrebro Bryghus. This could be considered the coolest beer run of my career, even though we have to brew it before we can drink it.

As I sit mid-field with acres of moorlands surrounding me, the honeyed fragrance of heather mingling with salt air blowing in across the dunes, I can’t help but contemplate the unusual situation in which I find myself. I am an American brewer traveling in Denmark to show the newer craftsmen and craftswomen a few neat-o tricks, but we’re replicating a beer style that is uniquely Northern European. Heather Ale was brewed by the Viking clans of coastal Scandinavia, as well as by the Pictish tribes throughout the British Isles. In both regions the beer was credited with inspiring drinking bouts lasting many days straight, culminating in ecstatic rage which fueled plundering, pillaging and enslavement of neighboring coastal communities. I’ve brewed Heather Ale at Cambridge Brewing Company where it is well-respected for its own mystical properties. I unhesitatingly said “yes!” when Anders suggested we replicate my version of this beer at his brewery.

As one of Scandinavia’s leaders in the young but explosive craft beer movement, Kissmeyer tirelessly strives to raise awareness about the pleasures beer and food created with care and integrity can provide. This may seem unusual or pointless in a country where beer culture has always been strong in the hearts of young and old. But, like in the US, the beer world is threatened by the light lager monoculture of the brewing behemoth Carslberg and other European conglomerates. Kissmeyer is a trained Carlsberg brewmaster who chose a path inspired by the many American brewpubs and breweries he saw while traveling. While other European brewpubs produced only “blanche, rouge and noire,” he wanted a challenging array of beers at his brewery and restaurant—IPAs, Belgians, Stouts, Bocks and Barleywines, to match a menu truly focused on local, seasonal Danish ingredients painstakingly paired with the house ales and lagers.

While in the early planning stages of his venture he met Garrett Oliver, of Brooklyn Brewery, in Brooklyn, N.Y. Kissmeyer was impressed, not only by the exceptional beers presented by Oliver, but by the fact that small breweries like Brooklyn Brewery were able to produce beers of world-class quality and consistency. Having accepted an invitation to act as guest brewer at Nørrebro Bryghus, Oliver and Kissmeyer created Kings County Brown, a classic American Brown Ale modeled after Brooklyn’s own flagship Brooklyn Brown Ale. The beer, and the collaboration, was a success, inspiring Kissmeyer to begin a program for guest brewers from the US and Europe. “We share the American breweries’ openness in brewing,” he says. “Taste is at any time more important than following the rules of old beer culture.” With each guest brewer’s appearance, Kissmeyer invites brewers, beer lovers and the press from all over Scandinavia to participate.

Guest brewers at these “master classes” have included Sam Calagione, of Delaware’s Dogfish Head Brewery, who visited Norway in the summer of 2007 to speak at the Scandinavian Brewers’ Conference and stopped in Denmark to brew with Anders. Given Dogfish Head’s predilection for historically inspired beers, it should come as no surprise that the beer they chose to produce was an outlandishly complex beer dating back to the 1400s, possibly a Danish monastic festival ale. Their Old Odense Ale was brewed with fir branches, yarrow, wood sage, juniper berries, blackthorn and star anise. An additional contribution was made of maple syrup from Calagione’s father’s farm in Massachusetts. “While still a small community, like ours, they are all brewing tasty, ambitious and creative brews, and they are all friendly toward each other,” opines Calagione. “The Scandinavian craft brewers have even bigger challenges than us with tax structures and competition, but they have a vibrant and growing scene nonetheless.”

The American craft beer influence extends beyond guest brewing spots, though Scandinavia is a huge land with deeply ingrained traditions. This dichotomy is expressed by American brewer David Dudek, who runs the Møllebyen Mikrobryggeri, about an hour south of Oslo, Norway. “Some of the Norwegian breweries are very dynamic, like Nøgne Ø and Ægir, and some are conventional and conservative, often by necessity. The status quo is a pretty big obstacle to overcome in Norway.” Dudek, who went from homebrewing to the Breckenridge Brewery in Denver, Colo., moved to Oslo with his Norwegian wife in 2003 and took over at Møllebyen. He has seen sales grow, mostly thanks to specialty beers such as his Porter and Pale Ales and getting people educated and enthusiastic about beer.

Evan Lewis, owner and Brewmaster at Ægir Brewery in Flåm, Norway, grew up with the craft brewing boom in the US and feels the confluence of cultures is positive. “The brewpub concept is very new here in Norway, and I have brought a piece of my culture with me and introduced it here.” Michael Murphy and Grant Moore, both Americans brewing at Roskilde, Denmark’s GourmetBryggeriet, agree that Scandinavian culture is thirsty for new and creative brew. A homebrewer in the 1990s, Murphy was influenced by Sierra Nevada Pale Ale when he moved first to Italy and then to Denmark as a brewer. “The American craft beer revolution has been a major influence in many EU countries undergoing a similar explosion. In Scandinavia especially, brewers are influenced by hoppy Pale Ales, and robust Stouts and Barleywines are king here. There are quite a few successful breweries producing similar beers to their US counterparts, while adding their own special twist and ideas to make some of the best beers I have ever tasted.”

But the influence of American craft beer is not solely owed to the presence of a few ex-patriots. Mikkel Bjergsø, brewmaster of Mikkeller brewery in Copenhagen, offers, “What happened in the US with craft beer in the ’80s started in the late ’90s in Denmark. Things are going pretty fast here, and we are looking outside Denmark and beyond Europe and are greatly influenced by the Americans’ experimenting. The Americans took the traditional European styles and made them their own. We are trying to take this style of brewing back. Mikkeller wants to provoke some of this inventiveness in Danish beer brewing.” Many of the new guard of Scandinavian craft brewers avidly sample new beers from across the Atlantic and admit to being impressed and influenced by the vanguard of American brewers such as Three Floyds, Great Divide, Lost Abbey, Jolly Pumpkin and Avery.

Another new American artisan is preparing for his European brewing debut is Shaun E. Hill, formerly head brewer at The Shed and Trout River Brewing, both in Vermont. Hill was the most recent participant in Kissmeyer’s guest brewer master class, and he has accepted the position of head brewer at Nørrebro Bryghus brewpub in March. His turn at the Nørrebro brew kettle resulted in a Saison finished with Brettanomyces, which was both his final presentation and job audition, so the burgeoning brew scene in Scandinavia will have yet another young innovator in its midst. I can only expect that these brewers will continue in the new and honorable brewing tradition of sharing ideas and encouraging each other to push new boundaries in creativity and promote world-class quality. We in the US can look forward to being inspired by our brewing brethren.

Which brings me back to my heather field in Fanø. As Kissmeyer, Cindy and I concentrate on snipping the flowering tips of heather, we notice the occasional couple or young family out for a walk through the moors, often passing us by with quizzical looks. Eventually an older gentleman stops and begins to speak, and though I speak no Danish I can tell he’s asking just what the heck we’re doing with our shears and paper bags. Kissmeyer responds, and the old man shrugs in an approving manner and walks off. When we ask what had transpired, Kissmeyer explains that he was indeed wondering what we were up to, and Kissmeyer told him matter-of-factly that we were picking heather flowers for beer. “Oh, for beer!” the fellow said. “Well OK, then. If it’s for beer, then it’s all right.” ■ 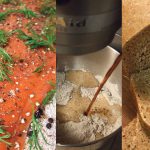 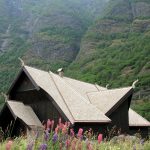