Staking Your Claim, One Cup at a Time 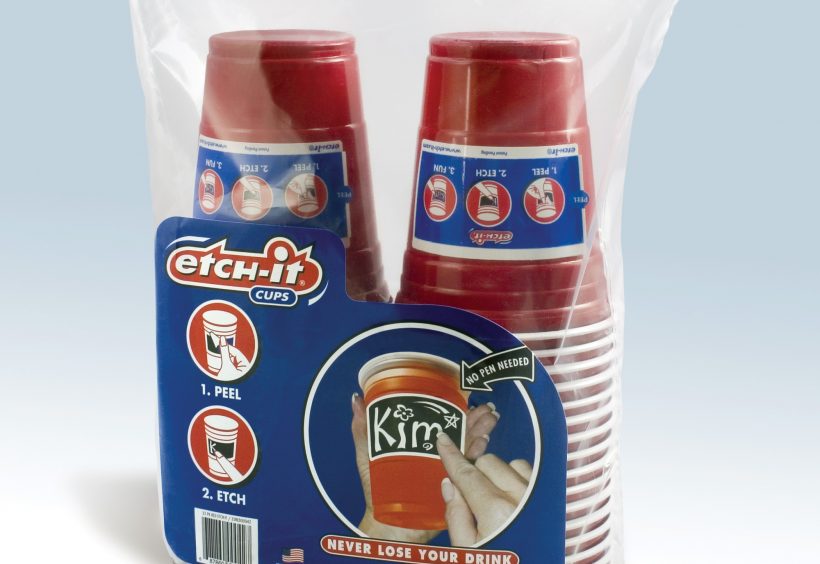 It’s an all too common experience: You’re at a large party or picnic, enjoying a really good beer in one of those ubiquitous plastic pint-sized cups. You put your drink down for a moment, and suddenly, it is lost in a sea of plastic!

There’s absolutely no way to tell which beer is yours. And, unless you know the 100+ people at the party really well, you probably don’t want to take a flying guess and just grab one. So, you go get another cup, fill it with more tasty beer and vow to not set your drink down. Again.

Not only is such a process a waste of good beer, it’s even less environmentally friendly. Ask any party host who has cleaned up the morning after—abandoned beers just mean more disposable cups going into the waste stream.

One man hopes to change all that. Michael Marrin’s invention, Etch-It Cups, sport a rectangular space on the side of each cup that is covered with a thin material not unlike the stuff on lottery scratch tickets. Simply remove the protective cover, scratch in your name, drawing or catchy slogan with a fingernail, and instantly, your cup becomes an individual extension of your personality that sticks around longer than the last straggler at the party.

“The etch-able material is specially formulated,” Marrin says. “It absolutely will not smear, stick or stain, even when wet!”

Marrin says he got the idea for Etch-It Cups at a kegger in the ’80s after experiencing losing his brew one too many times. He tabled the idea and played around with it for years, until one night, his wife suggested he take a prototype to a party to see how it would go over. Marrin says after that, he knew he had a winner, and he started devoting more time into making Etch-It Cups a viable product.

His hard work paid off. The cups have been featured in a number of publications and television shows, and were deemed the “No. 1 ‘Why Didn’t I Think of That’” product on CNBC’s The Big Idea show.

Marrin says the cups have caught on faster than a Kölsch at a summer beer fest, and even though they were designed with big beer parties in mind, the Etch-It Cups are finding their way into other events.

“Mom likes Etch-It Cups every day because they prevent the spread of germs to her family and friends,” Marrin says, adding that all kinds of groups—from Scout groups to informal wedding parties—are utilizing Etch-It Cups.

“Church groups, kids’ birthday parties, family reunions, office picnics and other gatherings—they’ve definitely gone beyond the kegger,” he says. “No matter what the function, party hosts who use Etch-It Cups find they save time and money with fewer abandoned drinks.”

Future plans call for Etch-It tag-equipped sports drinks and bottled water. Meanwhile, the 18-ounce Etch-It Cups already are being sold at more than 2,000 locations, including grocery and liquor stores. They are available in two colors—red and frost—and go for about 20-25 cents a cup, depending on the retailer. A bit more costly than the regular party cups, perhaps, unless you factor in that you need fewer personalized Etch-It cups per person—not to mention less beer lost. [etch-it.com] ■ 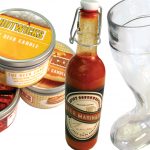 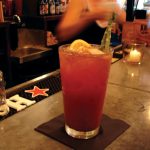