The South flexing its brewpub muscle 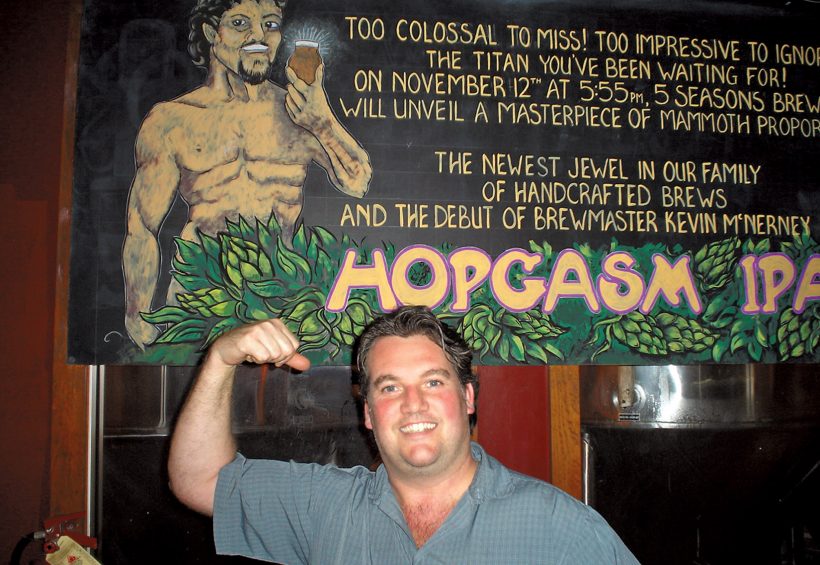 The 5 Seasons brewpubs in Atlanta and Alpharetta, Ga., exude personality. The welcoming staff, warm atmosphere, scrumptious Euro-Asian menu and outstanding range of house beers combine to create an unrivaled brewpub experience that has become an essential ingredient of the vibrant local beer scene.

In 2001, experienced restaurateur Dennis Lange and chef David Larkworthy joined forces to open the original 5 Seasons in The Prado shopping center of the Atlanta suburb of Sandy Springs. Customers cherish Lange’s welcoming and entertaining personality; chef David’s upscale food items are conceived and implemented with passion; and the entire 5 Seasons staff never fails to communicate the joy that comes from being a part of this brewpub’s family.

The 5 Seasons experience of late has also involved substantial, and sometimes stressful, transformations. The resignation of their long-time brewmaster, along with massive, disruptive construction surrounding the original brewpub, created a number of challenges for the co-owners who were already hip-deep in efforts to open new locations.

After 12 years of working extremely hard to help build SweetWater, McNerney decided it was time to downsize and devote more time to his wife and children. “5 Seasons has always been my favorite brewpub, and I live only a mile away,” he said. “Taking over the brewing duties here from Glen was an easy decision, and it’s a welcome relief to now have a small brewhouse and only be responsible for one thing—getting good beer on tap. I’m a 17-year brewing veteran and am glad that the guys at 5 Seasons decided to hire me. They wanted someone with experience and deep ties to our local beer community. Fans from my Sweetwater days have followed me to 5 Seasons and brought some fresh energy.”

McNerney’s first beer at 5 Seasons, appropriately called “Hopgasm,” is a big IPA packed with flavor and aroma hops. “I love hoppy beers, and Hopgasm made me proud,” says McNerney. “It has grapefruity, citrusy, West Coast character, mild bitterness and lots of hop flavor from Bravo, Amarillo, Columbus and Simcoe hops.” To provide a more intense and complex hop presence, McNerney ran the final wort through his heat exchanger, cooled it to 175˚F, added more hops to the brew kettle and ran the wort back to the kettle. “Adding late hops while the beer is at a cooler temperature keeps the volatile hop oils intact,” explains McNerney.

“Dennis knows most of the people who walk in the door and understands what makes them happy. These customers never abandoned the brewpub for a second.”

Quite advanced for a brewpub system, the 5 Seasons brewhouse ranks as one of the best in its size class in the nation. Extensive automation, touch-screen monitors, thermocouplers and a highly efficient racking mechanism make daily brewing chores a pleasure for McNerney and allow for a great deal of creativity. “My biggest challenge here has been in learning this new system,” he explains. “There are no two systems exactly alike—the brewing theory is the same, but I had to quickly adapt my brewing knowledge to the mechanics of this system. My intention is to keep the successful brands that Glen has been doing—our customers demand this, but I’m also excited about creating some new recipes, experimenting with oak barrels, adding special ingredients and trying out new techniques.”

Patrons and staff agree that the beer and food at 5 Seasons is among the best of any brewpub in America. “I’m intrigued with the culinary arts as much as I am with the brewing arts,” says McNerney. “Chef David takes his menu very seriously here, and the kitchen and brewery really complement one another. The kitchen gets excited about the beers, and I get excited about the food.”

Chef David Larkworthy’s passion for food shines through on a menu highlighted with local produce, all-natural meats and artisanal cheeses. “We bake each of our breads and make everything else from scratch,” Larkworthy says. “We believe in conserving the spirit of the farm and supporting local farmers. The basic idea is to get the best possible ingredients and try not to fuck them up!”

However, the last two years haven’t been all bliss for the original 5 Seasons. A corporate development company purchased the shopping center and instituted major construction projects involving the parking facilities and surrounding businesses that seemed likely to engulf and suffocate the brewpub. Automobile entry, maneuvering and parking became a nightmare for patrons. The desperate 5 Seasons owners even began a lawsuit against the developer.

But in the fall of 2008, construction began to near completion, surrounding businesses and parking opened up and the environs vastly improved for the brewery. McNerney explains, “This brewpub survived purely on the outstanding reputation they have for the quality of the food, beverages and fun atmosphere. Dennis knows most of the people who walk in the door and understands what makes them happy. These customers never abandoned the brewpub for a second, and we love the breath of fresh air that’s come to the place with the new shopping center—fresh faces come in now who never knew the brewpub was here.”

In 2007, Lange and Larkworthy teamed up with an old friend, Crawford Moran, to establish a second 5 Seasons brewpub in the northern suburb of Alpharetta. Moran, the former owner/brewmaster of Atlanta’s defunct Dogwood microbrewery, loves the creative freedom and customer contact of a brewpub setting. “I brew a ton of beer styles at 5 Seasons North, tap a unique cask ale each week, offer a high-gravity beer on tap at all times and experiment with aging in oak barrels. I get to interact with our customers concerning the taste and character of each beer—it’s great fun.”

5 Seasons also recently announced plans to open their third location, 5 Seasons Westside, in a redevelopment of a beautiful, 100-year-old brick structure near Midtown Atlanta. Covering 17,000 square-feet with three floors, three separate bars, three private events facilities and abundant outdoor seating, this 5 Seasons location is set to become the largest brewpub in the Southeast. Crawford Moran plans to man the brewhouse here along with the Alpharetta facility.

Lange sports an enormous grin when he says, “5 Seasons is that little neighborhood joint that happens to seat more than 300 people. New customers see friendly faces not only in the loyal staff, but also in the many regular patrons who seem to always be here. You get a good value for your buck at ‘The 5’—extraordinary fare and drink. There’s always a special event or something new to try, and you’ll be treated like a human being, not a nameless somebody.” 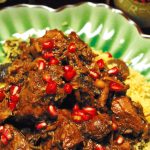 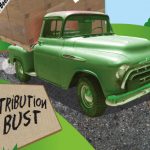 Next: The Next Pint of Craft Beer: Is it Half Empty, or Half Full?
Tags: 5 Seasons Brewing, Atlanta, Beer and Food, Brewpubs, David Larkworthy, Dennis Lange, Georgia, Kevin McNerney, SweetWater Brewing Company