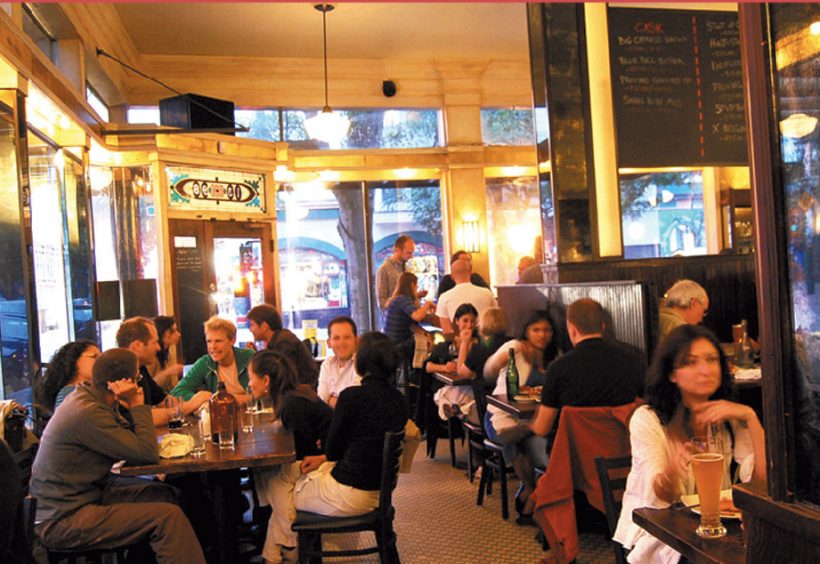 San Francisco wasn’t much of anything until 160 years ago, but in that relatively short time, the city has left an indelible impact on the nation’s culture. And the same goes for its brewing palate.

The city was a historic center of West Coast brewing prior to Prohibition. Malting houses lined Fisherman’s Wharf, and hop fields flourished in the farmland to the north and east of the bay. And it’s hard to overstate the importance of its signature brew, Anchor Steam, in the modern craft brew movement. When Fritz Maytag began bottling the beer in 1971, there was no such thing as craft beer. He helped create the concept, teaching his rivals how to brew for quality, not quantity. The movement exploded. Take a drive across the bay to the breweries that grew up on Maytag’s influence: Marin, Moylan’s, Russian River, Lagunitas, Bear Republic, Drake’s, Jupiter and Moonlight, to name a handful. It’s a staggering legacy.

These days, San Francisco still knows how to brew—and drink. And here’s proof: The city’s top beer destinations, as selected by the BeerFly users on BeerAdvocate.com.

We’ll start in North Beach, the neighborhood that has been home to, at various times, Italian immigrants, bohemians (notably, Allen Ginsberg, Jack Kerouac and City Lights Bookstore), and an impressive collection of topless bars and strip clubs. These days, it’s home to an outrageous Belgian bar (La Trappe), an Irish pub doubling as a curry house and Rogue Nation’s Southern outpost. Those with strong legs or bus fare should ascend neighboring Telegraph Hill and check out the wild parrots, WPA frescoes and views from the Coit Tower.

Another storied neighborhood, Haight-Ashbury, helped popularize drugs, the Grateful Dead and the combination of the two. Countercultural types and hipsters now bump elbows with the forces of gentrification. Thus, in the lower Haight, drinkers flock to the beloved dives Toronado and Noc Noc, while up the street, they’re digging into gourmet charcuterie at the Magnolia Pub and the Alembic.

The city also brews beers like nobody’s business. In addition to Magnolia and Anchor, be sure to hit South Beach brewpubs Thirsty Bear and the 21st Amendment.

The Monk’s Kettle
Start with two dozen taps, all of them incredible, and a hundred-odd more in the bottle. Add top-notch gourmet pub fare. And, in all likelihood, never, ever leave.

Speakeasy Ales and Lagers
Speakeasy was founded to reclaim San Francisco’s pre-Prohibition brewing glory, though its beers are hopped like they’re coming straight outta Oregon. Not a bad thing at all. The brewery’s not close to anything else, but Speakeasy tap handles are all over town.

21st Amendment Brewery Café
A bright and bustling brewpub that’s an excellent spot for pre- or post-game beers—if you have a game plan. Skip the watermelon beer, and head right for the monster IPAs.

Beach Chalet Brewery and Restaurant
Two destinations—an upscale restaurant and a casual downstairs bar and patio—share the same breathtaking views of Ocean Beach, and the same brew staff. Seek out the strong ales.

Gordon Biersch [closed]
The brewpub chain’s San Francisco location sits on the Embarcadero, offering up stunning views of the Bay Bridge. As per usual, the lagers are reliably good.

Toronado
An incredible beer selection, frequent events and a palpable passion for great beers make this loveable dive one of the nation’s great beer bars, hands down. A must-visit when you’re anywhere near California, let alone in the Haight.

Rogue Ales Public House
Forty taps and a massive bottled selection of John Maier’s beautiful creations. With that to conquer, North Beach might be all of San Francisco you ever get to see.

Kennedy’s Irish Pub and Curry House
Kennedy’s is a strange, but delightful, mashup of Irish pub and bargain-basement curry house. Pair tandoori with a Bear Republic, or dosas with Lagunitas, hit the porch and enjoy.

City Beer Store
Great beers in the horribly named SoMa district. City Beer sells hundreds of bottles to go, and any of them can be opened and consumed on premises. In-house bonus: six rotating specialty taps.

Anchor Brewing Company
The granddaddy of modern craft beer taught an entire generation of northern Californians how to brew. Forty years later, Fritz Maytag’s crew is still one of the best around.

Zeitgeist
Filthy hipsters deserve quality beer, too. And with Zeitgeist, they have it. Look for 20 taps, a patio with a grill and several picnic tables… and every cool kid in town.

Amnesia Bar
One BeerFly user labels this dive as “seedy yet swanky.” We can’t do any better than that. Great beer, low lighting and youths getting sweaty to DJs and live music nightly.

Suppenküche
Affordable German fare served up by a Bavarian proprietor, along with plenty of liters of Munich’s best to wash it down with. ■ 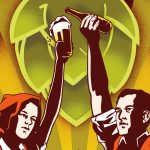 Previous: Ladies, Don't Look at Me to Start Your Beer Revolution 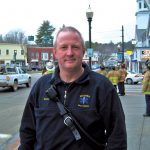