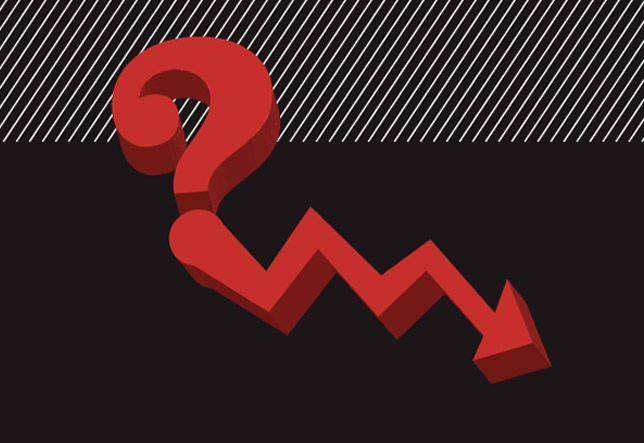 The phrase “recession proof” is a heavy one, but it’s been following beer and the beer industry around for generations. It conjures up images of brewers laughing into their foamy pint glasses while other industries collapse around them. In this latest economic downturn, it has been the automotive industry, the credit companies and real estate—in years past, it has been dotcom companies, the airline industry and, again, real estate.

The old wisdom states that beer can last through the hardest times because when people lose their jobs, or are threatened with the loss of their jobs, they turn to beer to alleviate the stress or drown their sorrows. And when times are good, people want to celebrate with a drink. Americans need beer whether times are good or bad; therefore, it is recession proof.

The only problem with this “wisdom” is that the beer industry isn’t buying it.

“I think it’s impossible to avoid the fact that we’re in the biggest recession since the Great Depression,” Samuel Adams’ Jim Koch said, when asked about the effects of the economy on the beer industry. “I would be lying to you if I said it has no effect on our business. I think when your consumer is suffering a little, then the beer is going to suffer a little.”

Those are scary words, and the thought of American brewers heading to Congress for a bailout isn’t something any of us want to imagine. If beer isn’t immune to recessions, what is? “There’s not much which is totally recession proof, except maybe bankruptcy lawyers,” Koch said. “[Beer’s] not recession proof, but it’s recession resistant.”

Thankfully, it doesn’t look like beer as an industry is headed toward Chapter 11 any time soon. When Jim Koch said that beer was suffering “a little,” he meant it. While craft beer’s growth has slowed compared to previous years, recent reports indicate that small, independent craft brewers continue to grow in production and sales—albeit at single-digit rates.

OK, so beer isn’t going bankrupt. We can all celebrate with a pint and cheers the world’s tastiest recession-resistant product until the economy takes a turn back toward the black. Or, we can take a closer look at the beer industry, and weigh some theories about why beer continues to grow despite an economy that continues to slump.

Beer Drinkers are Drinking at Home
The theory is that, with people looking to spend less cash, they are cutting back on expensive nights out and hitting up the liquor stores to get their fill on beer without paying per pint. With more and more empty bar stools around town, this theory seems to have merit—but not to Greg Koch, CEO and co-founder of Stone Brewing Co.

“We’ve noticed that our sales so far this year are screaming,” said Koch, adding that Stone is growing at a faster rate than last year. “[Sales are] doing very well. Our on-premises customers, their businesses are having a tough time, but our business with them is up. So that tells me that when people are going out, they’re choosing better even more than they did before.”

Greg Koch also cited a growth in Stone’s own on-premises site, the Stone World Bistro and Gardens. It’s a trend noticed by Phil Bannatyne, owner of the Cambridge Brewing Company brewpub in Cambridge, Mass., as well. Bannatyne said that CBC experienced growth over 2008 and through the first quarter in 2009, though at a much slower rate. Jim Koch also noted an increase in on-premises sales, and said that the biggest impact has actually been on bottle sales, which seems to throw the theory that more drinkers are staying home to drink right into the gutter—and at the same time, introduces a new theory.

Drinkers are Trading Down
No doubt, craft beer prices have gone up—you can thank ethanol production and a hop shortage for that—but they are still a far cry from a glass of single-malt Scotch or a well-made cocktail. Because of this, many theorize that drinkers are saving money by drinking beer instead of their usual Scotch on the rocks.

“Even bars or restaurants that have been hit harder by the slowdown in the economy, our business is actually continuing to grow there,” Jim Koch said. “And I think what’s happening is we are benefiting from people who are trading out of wine and spirits, and into craft beer. Today, a good beer like Sam Adams has the same kind of interest and feeling of buying something really good, like a $10 margarita or $10 glass of wine provided. And it’s five bucks.

“People are trading out of high-priced liquor and wine, and they’re trading into beer,” Koch continued. “When they trade into beer, they trade into craft beer. You’re not going from a nice wine to a mass domestic light without feeling like you’re giving something up. But you can go to a Sam Adams and feel like you’re buying the same quality of beverage.”

The same can be said for the American brewpub that typically offers quality food and quality drink, but doesn’t carry the costs of a fancy French restaurant.

“Where we’re at in terms of the menu mix is an area where I think people still feel it’s OK to spend that kind of money, and within our menu, there’s essentially two price points,” Bannatyne said. “There’s the $10 burger, which you can come in and get, then we have another section that’s in the low 20s and upper teens. People that maybe are downsizing from fine dining come in here, and still get really nice and interesting, high-quality food for $20, and folks that maybe are downsizing from $20 still come in and get a $10 burger and a beer.

“There’s something affordable for almost anyone in that mix. So I think that is one of the reasons why we’re still OK, that and the engine that drives this place is craft beer, and interest in craft beer seems to be very high.”

Jim Koch and Bannatyne both agree that quality is important, but are willing to accept that in this economy, today’s craft drinker isn’t yesterday’s mass-produced-beer drinker, but rather yesterday’s high-priced-liquor drinker. Greg Koch doesn’t accept this notion, and he’s got a theory all his own about why Stone has been able to grow despite the recession.

Less Free Cash = Picky Drinkers
Greg Koch explains his theory on why Stone Brewing is faring well, especially at on-premises sites: “If I’m going to spend my cash, I’m going to target it at something that is real good quality. I’m going to at least treat myself special when I do spend my cash.”

He posits that, as people find themselves with less disposable income, they get picky about how they dispose of it. This theory provides an alternative to the one put forward by Jim Koch and Bannatyne, but supports the evidence that they provided (e.g., when Jim Koch said, “Even bars or restaurants that have been hit harder by the slowdown in the economy, our business is actually continuing to grow there”).

Stone Brewing also handles its own distribution duties, and Greg said he has noticed a trend among businesses that offer more than just a flat-screen television to watch the game, a couple of taps and a grill. “It’s interesting to see how the natural pub, or casual selective dining, the places that have good food, causal atmosphere and craft beer, they’re very busy and their business is up. I find that interesting,” he said.

“I think it’s a convergence of two trends. One, there is a regional movement—there’s a whole-foods movement, a local-food movement and a movement of ‘I want to know where my food comes from.’ There’s also a movement away from pub food and fried food, mozzarella sticks and chicken wings and a crappy cheeseburger, and toward food that is well prepared with quality ingredients.”

And just as there were many elements that factored into the deterioration of the American economy, there are many more than the above theories that can explain the success of craft beer. For instance, Bannatyne credits good location, in an area surrounded by biotech companies that are also thriving in this economy, for continued success.

At the same time, these three examples do not represent the whole of the beer industry. After a much-discussed merger, Anheuser-Busch InBev announced cuts to over 2,000 jobs in December 2008, and many import brands are seeing losses this year—down nearly 4 percent from last year. Perhaps it is because, for all the things that are helping beer survive this recession, the one thing that isn’t is a fancy ad campaign.

“Maybe this is supportive of Greg [Koch’s theory],” Jim Koch said. “[Americans are] less willing to spend extra money on things that they know are just about image and status, and not about real quality.

“So the brewers that have always bought the more expensive ingredients now have a reason for consumers to spend the extra money, whereas the brands that were all about marketing, particularly the European and Mexican beers, have suffered a little more. I think that may be true. People are willing to stand up for products that have genuine quality and are more reluctant to spend money on products that have been just about marketing.”

It’s also important to keep in mind that this isn’t the first recession that beer has faced, and it probably won’t be the last. It seems like as long as craft brewers are finding ways to create the beer that Americans crave, Americans will find ways to support craft beer. ■ 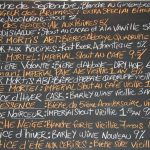 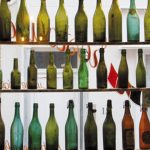