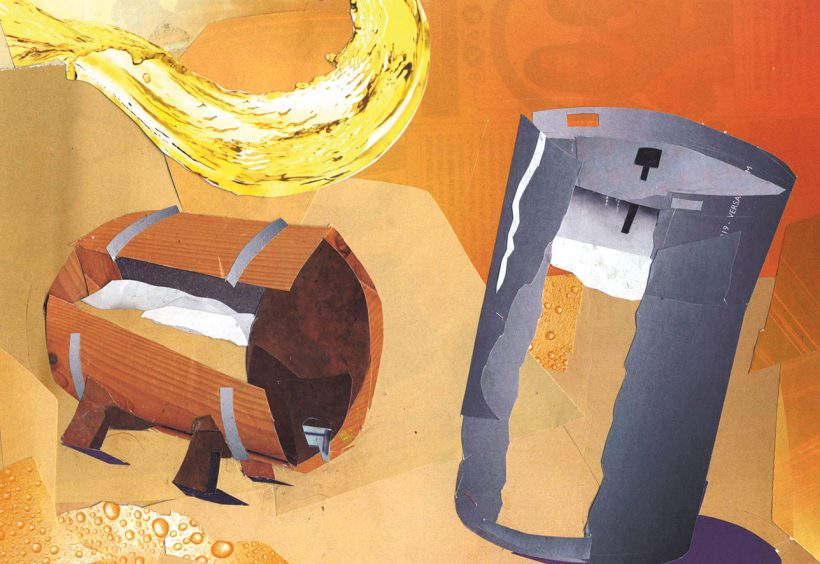 Hi, I’m Christian (user WildMaverick1200 at the site) and I just have a simple question about an issue that’s been confusing me for a while. What is the difference between cask beer and on-tap beer? I mean, as far as I know, both are stored in some form of barrel container, but what makes them different? And does it have anything to do with “real ale”? Thanks and greetings from Mexico. —Christian B.

You’re not alone in your confusion. Purely from a general consumer point of view, there’s very little education on this topic unless you do some searching for it on your own. This, at least in part, is one of the reasons why cask-conditioned ale has yet to really take off outside of England. Sure, many better beer bars and brewpubs serve cask ales, but it’s still very uncommon and there’s a lot of faux, mistreated and just plain bad cask ales being served, which only shows that there’s a general lack of understanding that’s not exclusive to consumers. I’m clueless about cask in Mexico, but these issues run rampant in the US.

But to answer your questions: Yes, both cask-conditioned (aka “real” or “cask” ale) and on-tap (kegged) beer is stored and served from a “barrel container”; however, the barrel type, the filling of them, maturation and serving processes greatly differ. Here’s a brief description of so-called “real ales” from BeerAdvocate:

Real ale is typically served straight from the maturation vessel, commonly referred to as a “cask” or “firkin.” A small addition of “priming sugar” is added to the ale prior to packaging to create a secondary fermentation within the vessels. This is where the terms “cask conditioned” and “bottle conditioned” come into play, wherein the living yeast will eat up the priming sugar to create natural carbonation. Residual complex sugars that are not eaten provide depth of character and aid with further maturation. Cask ale is served best at around 55 degrees, or what’s called “cellar temperature,” which brings out the flavors and aromas. Carbonation is very low, but a sparkler is often attached to a beer engine to agitate the beer as it’s drawn. This creates a brilliant and creamy white head with wonderful aromas.

Once cask ale is tapped, it must be consumed within two to three days, depending on the weather and beer style. This is mainly due to the introduction of oxygen into the vessel, which begins the spoilage process immediately. Tasting cask ale from hour to hour can be a truly dynamic experience. Cask ales were also traditionally, and sometimes still are, packaged in wooden cooperage, whereas kegged beer is strictly packaged in stainless-steel barrels—for numerous reasons, such as CO2 pressure and stability of product. Kegged beer can sometimes be force carbonated and is generally filtered, but not always. Cask ale is sometimes served via gravity too, whereas draft beer is always served via pressure; CO2 or a nitro blend.

That’s the very basic difference without getting too geeky. For more, check out BA and the Campaign for Real Ale’s website: camra.org.uk, where the real ale info gets very geeky. Cheers! ■ 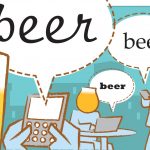 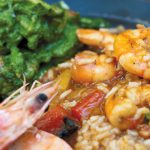