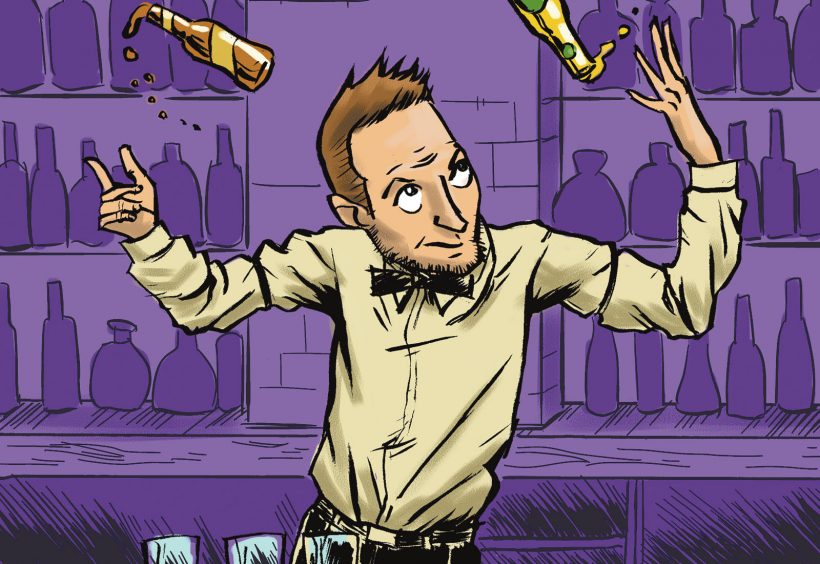 When I go to a bar, I want to see a show. I’m not talking about some lame comedy act or an experimental theater troupe. See, as much as I write about beer, I often drink cocktails when I’m out. And with cocktails, at least in a decent bar, it’s all about the show. Again, I don’t mean bartenders tossing bottles behind their backs Tom Cruise style or Coyote Ugly girls dancing on bar tops. I’m talking about preparation—the deliberate and stylish combination of ingredients, the concentrated efforts on crafting a quality final product.

This performance of craft, whether conscious or not, repeats itself time after time with most cocktail preparation. And it adds a little magic to the drinking experience, a form of delayed gratification that builds anticipation for what’s to arrive in the glass.

When compared to the culture of cocktail service, the unceremonious pouring and delivery of beer can often be downright depressing. You order your pint, the bartender reaches for the stack of scraped and beat up shaker pints, reflexively tilts the glass at a 45-degree angle under the uniform taps, tilts upright again and then slides it into your hand. Case closed; another prosaic widget served in the assembly line of beer.

Now, anyone who has been served a crusty old bottle of aged Lambic from a wicker basket in a Belgian café or hoisted a half-liter glass of hefeweizen in a German beer hall knows that beer service, when done right, can certainly put on a good show and captivate its audience. Such delivery, with proper glassware, thoughtful pours, and a touch of caring and flare, causes heads to turn and customers to ask what that lucky guy or gal is drinking. Shortly after the first glass is presented, others just like it start to pop up on tables throughout the pub. And the cycle continues.

Apart from these classic purveyors of beer traditions, the rest of the world often seems content on a uniformity of experience in the service of beer. And while a true beer show, one in which proper glassware is employed, thoughtful pours undertaken and some presentation provided, is entirely unlikely throughout most of the Pilsner-knockoff drinking world, the American beer marketplace is developed sufficiently enough that we shouldn’t have to suffer through such homogeneity any longer.

We, my fellow beer drinkers, deserve much better from our pubs, bars and pints. The diversity of our available selections has thankfully developed to an impressive point, where craft beer is now widely available across the country. It’s time that we in the beer and bar industry took things to the next level. The first step, as I have talked about before in these pages, is that the shaker pint must die. But before that font of glass utility is relegated to the juice, soda and margarita graveyard, I would be pacified with the addition of a handful of glassware types, such as tulips and snifters, in the average pub quiver.

Bar owners should also spend time teaching their bartenders and servers the importance of proper heads, serving temperatures and other serving methods. Allowing glasses to be submerged in the tap nozzle is disgusting from both hygiene and flavor standpoints. When glasses are allowed to overflow under the tap, beer is wasted and pints are left sticky. And if there is a delay between pouring and service, causing any head to retreat, perhaps a top off or repour can improve the sight. The responsibility for changing the depressing physical appearance of beer remains with bar owners properly teaching their frontline staff, thoughtful bartenders and servers monitoring their products, and customers demanding what they want. I think it’s time for the show to begin. ■ 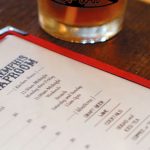 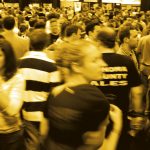