Patrick Rue of The Bruery 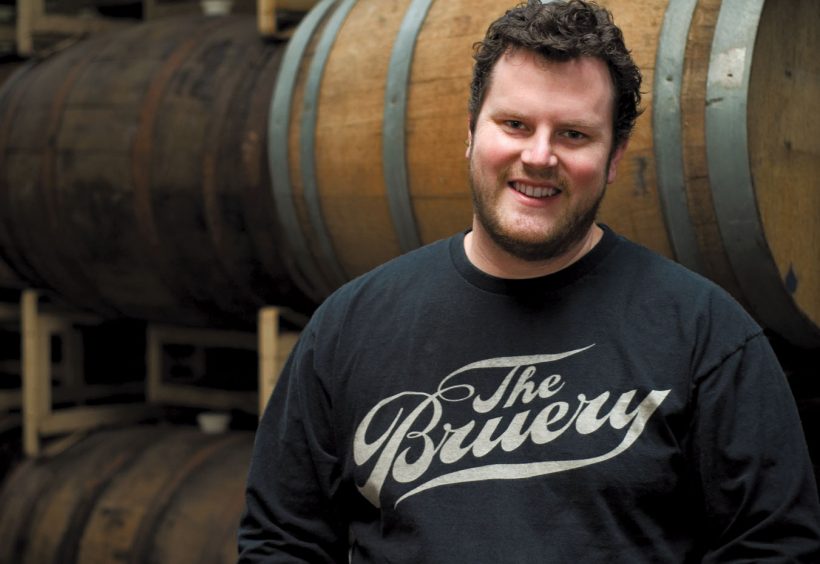 Patrick Rue founded his California brewery, The Bruery, to make the types of high-quality beers he enjoys drinking. They’re also the types of beers that challenge the palates of the most passionate craft beer drinkers. “Beer is obviously a social product,” he says. “It’s fun to make it, it’s fun to drink it. You can’t really say beer’s bad. … There are so many different aspects to it—the craftsmanship, the chemistry, the quality assurance. It’s challenging.”

1. Find a calling
Rue jokes that he knew he wanted to be a brewer when he got his grades at the end of his first year in law school. Homebrewing had started as a hobby, and it quickly grew to dominate his time—and consume all his extra cash. And those grades sealed the deal: “I didn’t care about being a lawyer anymore,” Rue says. “I didn’t get a sense of accomplishment from law school. I was really good at homebrewing. I felt good doing it. I just wanted to make beer.”

2. Leave room to grow
As a homebrewer, Rue churned through styles and experimental ingredients. He’s done Saisons with Thai basil, and brewed beers with dates, figs and a variety of sugars and spices. He was particularly drawn to Belgian-leaning styles because of the creative leeway they allowed. As a commercial brewer, he still is. “I like the versatility,” Rue says. “You can style yourself as a Belgian-style brewery and still brew lots of different styles of beer. If you said you wanted to be a Czech-style brewery, you could make maybe four different styles.”

3. Do it yourself
Rue figured the best way to ensure that he would be doing the kind of work he wanted, and brewing the types of beer he craved, would be if he made the beer himself. The success of breweries like Ommegang, Allagash and The Lost Abbey gave him confidence in the market for his beers. He was less confident about the efficiency of the 15-barrel system he’d cobbled together out of used parts. So The Bruery’s first batch wasn’t its flagship Saison Rue, but a homebrew contest winner (with a higher-than-expected gravity).

4. Shy away from everyday
Asked to identify what makes Bruery beers different, Rue talks as much about what he and his brewers don’t make, as about what they do put in the bottle. “We like making things in the Belgian style, but with a twist,” he says. “We’re using unusual ingredients, things not typically used in beer. We don’t expect our customers to drink Bruery beer every day. We don’t feel like we need to make these everyday beer styles. We don’t have enough production for that, anyway. We want to be a special-occasion beer.”

5. Stand out
Rue believes it’s more important to make his own mark than it is to chase volume. That’s why he has no interest in brewing a style of beer he often drinks—the IPA. “We promised never to make an IPA,” he says. “Everybody in Southern California, their business relies on IPAs. I wanted to be different from that.” That’s not to say he doesn’t love his West Coast hops. Rue’s draft-only Humulus series is loaded with them. Those beers are also far outside the mainstream, from a hopped-up American lager to an XPA brewed with Brettanomyces and dry-hopped with Columbus.

6. Go long
The Bruery sells a little beer in a lot of places: Rue anticipates brewing 2,200 barrels this year, and he distributes in 21 states. “People would think my small brewery would be primarily supported by people in Southern California, and we’d build it very slowly in concentric circles. What I found was that business model wouldn’t support the beers we want to make. We want to be known on a national level, and brew on a national level. We don’t necessarily have to have high-volume accounts, but they have to be places that really focus on the high-end beer.”

7. Ask for help
When Rue is formulating new recipes, he’s looking for a beer that’s different than his current lineup. He’s also seeking out flavor dimensions beyond sweetness and bitterness, like toasty or sour notes. He releases test batches into his taproom, often with comment cards, and actively solicits feedback from his customers. Customer feedback dramatically changed Mischief, a hoppy new Belgian-style Strong Golden Ale. It started off with a large wheat base, evolved into a hoppy, European-leaning ale and wound up with no wheat and loads of American aroma hops because that’s the beer Bruery drinkers clamored for.

8. You’ve got to get funky
The flagship Saisons from Fantôme and Dupont both inspire Rue. So does Fantôme’s funky Christmas beer, Spéciale De Noël. He wanted his Saison to integrate elements from all three, and add his own touch too. So Saison Rue is brewed with malted rye and Brettanomyces. “The Brett dries it out, and it gives it a kind of cellar character without it being extremely old. After a few months, it reminds me of being in a cave. Kind of a moldy cave. There’s something comforting about that. And it really helps the beer age.”

9. Evolve
Black Tuesday, an Imperial Stout with a nationwide cult following, clocks in near 20 percent ABV. It started out as an attempt to brew the strongest beer The Bruery could muster, and as an excuse for brewing a pallet’s worth of unused specialty malt. Then it evolved. It came out of the fermentor too hot to drink, so Rue stashed it in some bourbon barrels to let it mellow. “We didn’t know how it was going to come out. It probably took 10 months before I liked it, and thought it was something we should be selling,” Rue says. Now he sees the beer as a high-end dessert beer worthy of the country’s best restaurants. He’ll win them over, he promises. ■ 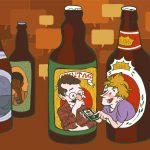 Previous: The Changing Face of Homebrewing 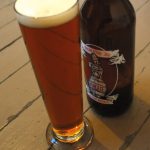