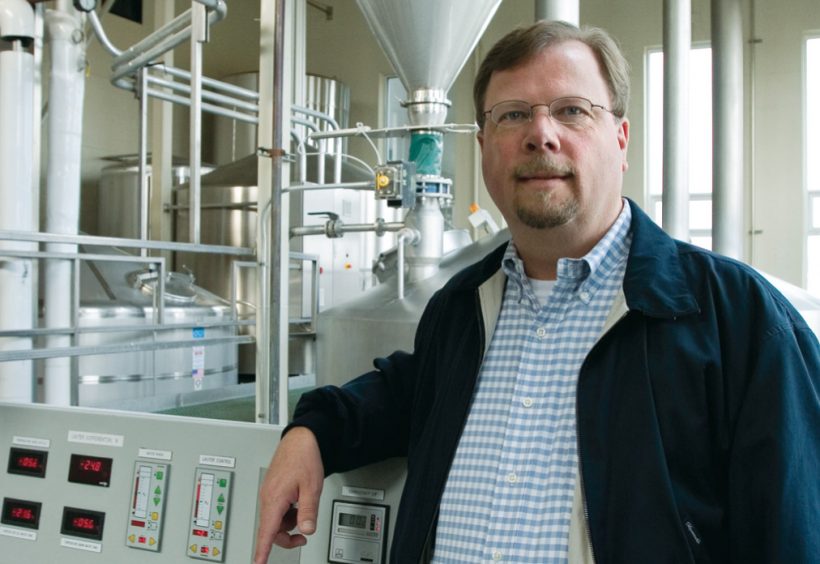 America’s pioneers settled the country from east to west, and once they’d gotten acclimated, they sent great beer to the saps back east. Larry Bell was at the forefront of this movement—the craft brewery he founded on a Kalamazoo, Mich. stovetop, Bell’s Brewery, is the oldest east of Boulder. And while the craft brewing landscape has filled in considerably since its founding, Bell’s has retained its pioneering spirit, flooding the Lakes region with bold, innovative American ales.

1. Start anywhere; just start
Bell began brewing and selling beer commercially at his Kalamazoo homebrew store in 1985, mostly because, “I basically outgrew a homebrew hobby. My first brew kettle was a 15-gallon soup pot on a two-range stove. We had plastic garbage pails for fermenters,” he recalls. “We actually made a thousand barrels one year, one barrel at a time. We washed, sterilized, filled and crowned and labeled everything by hand. It was pretty rudimentary back then.”

2. Brew with style, not within a style
“Oftentimes, we’re not real concerned about beer style. I know that upsets people, sometimes. It seems like people want to pigeonhole each beer into a specific style. That doesn’t always work with us. We’re trying to think of new things, to synthesize thoughts to be able to create new, different, unusual flavors, and not necessarily make it to a style. With a lot of things we do, we want to make them up.”

3. Give unto Belgium what is Belgium’s
A corollary of the theory of brewing against styles is, of course, resisting the urge to brew something just because it’s there. Every beer should have a purpose. “For example, the Belgians do what they do very well, and that’s fine,” Bell says. “I’m happy to let them do what they do. I want to establish unique things for us, so that we can stand on our own two feet, and we don’t have to say, ‘This is a copy, an emulation of what so-and-so does over there.’ We want to establish our own name.”

4. Have fun, even at the expense of your tongue
One of Bell’s most visible stabs at establishing his own name, last year’s Wheat Project, was, taste-wise, a mixed bag. But the brewing experience, that was something else. “The beers were pretty much all the same, except for two changing parameters,” he recalls. “You could then see what would happen with these different yeasts and different wheats that went in there. Was it a home run? No. But it was an awful lot of fun.”

5. Sometimes, you have to dump it in the pot and pray
Bell says that two of his Wheat Project beers—Wheat 2, an American Pale Wheat Ale, and Wheat Love, a Wheat Wine— are keepers. The others? Not so much. “When you’re getting up and playing with eight yeasts, it’s not something that you’re going to get to do every day. There was a lot of, ‘We’re going to just dump it in the pot and see what happens,’ on that project.”

6. Work with the weather, and your surroundings
Though primarily a Wheat Beer brewery (by volume), Bell’s has found a tremendous amount of success and acclaim working with a variety of Stouts. “They come out really well. The water in Kalamazoo really is well suited to making Stouts. Plus, in this part of the country, it tends to be cold, so people like drinking heartier beer.”

7. Fail often
There’s no making a hit until it happens, Bell says. Most recipes don’t stick, so you’ve got to keep failing until you succeed. “Sometimes you make a beer, and you think, ‘Wow, this really great,’ and people say, ‘What hell was that?’ That’s no good. So you’ve got to keep up with throwing new things out there. Most of them aren’t going to work, so you have to develop some thick skin and realize that. But now and then, you hit a real winner. And that’s great.”

8. Know your crowd
What’s the surest way to manufacture a failure? Try starving the northern masses of their alcohol. “I thought we should have had a session beer,” Bell ventures. “We thought it could be good, you know, more of an English-style session beer. People would not drink it. They didn’t want something that’s got a reasonable amount of alcohol in it. Our consumers just weren’t gonna have it.”

9. Drink local, no matter what
“If I’m traveling somewhere, I’m gonna drink what’s local,” Bell says. “That doesn’t always mean that it’s some super beer. I was in Puerto Vallarta a couple years ago, and you’re at the resort all day, and I drank Pacifico all day. And I’m happy to do it. I don’t feel guilty about it. It just is what it is. It’s just drinking beer by the pool, and that’s fine.” ■ 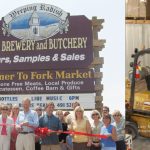 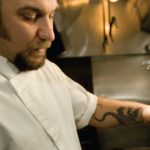