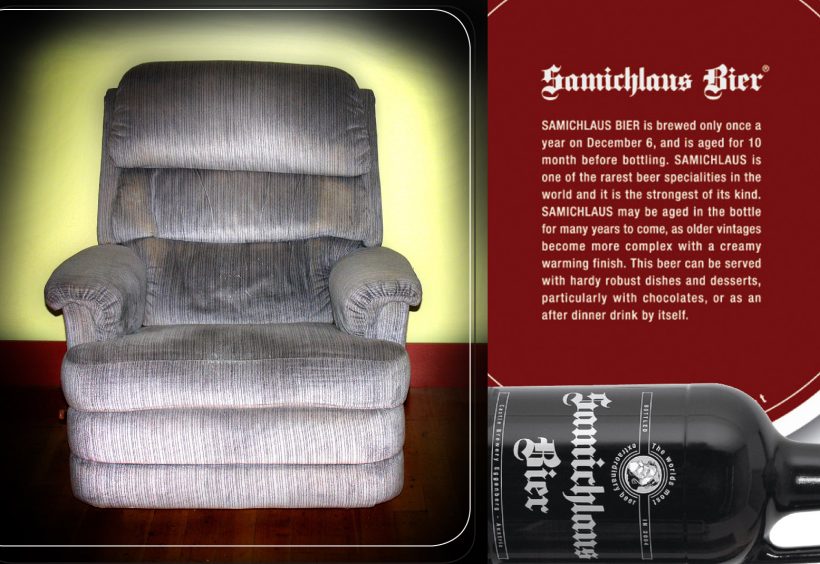 Anton Hemetsberger, the brewmaster at Austria’s Schloss Eggenberg brewery, had just finished cooking the annual batch of Samichlaus last December, and he was trying to describe to a group of guests how strong it would be. In Europe, he explained, they use the Plato scale to measure original gravity—the amount of sugar dissolved in water.

More sugar, of course, means more alcohol upon fermentation. But in the old days, before hydrometers measured gravity, if you wanted to find out how strong your beer was going to be, Hemetsberger said with a sly smile, you’d just pour some of the freshly boiled wort onto a small wooden bench and sit in it.

If the bench stuck to your ass when you stood up, it was a Bock. Presumably, if you performed this experiment with Samichlaus, you could get a La-Z-Boy stuffed with lead to stick to your pants.

Samichlaus, widely regarded as the world’s strongest lager at 14 percent ABV, may very well be the original Extreme Beer. This Christmastime brew, named for the Swiss-German translation of “Santa Claus” and brewed just once a year (on December 6: St. Nicholas Day), has been numbing chilly beer drinkers since 1979. That’s a good 15 years before Jim Koch wowed everyone with Sam Adams Triple Bock and kicked off the high-alcohol frenzy among American craft brewers.

But just as the Big Beer scene was gearing up in America, Santa narrowly avoided being killed at home. The Swiss Hurlimann brewery, which originated Samichlaus, was bought up by its rival, Feldschlösschen in 1996. The larger company had no use for the niche product and promptly killed the fabled favorite. Then, in 2000, after a grassroots campaign among beer lovers, Feldschlösschen awarded Eggenberg rights to reproduce the beer using the same Hurlimann recipe. Samichlaus lived happily ever after.

It’s peculiar, to say the least, that a beer this big came out of Austria, a part of Europe wholly dominated by light-bodied lagers: deliciously frothy Marzen, lightly-hopped Pils, a seasonal Bock, but no ales, and, outside of undrinkably sweet Dunkel, nothing dark. Eggenberg is the exception.

Built on the site of an ancient castle at the foothills of the Alps, the brewery’s beer-making chops go back to the 12th century. Eggenberg managing partner Karl Stöhr’s family bought the operation in 1803, 26 years before the Yuengling family started brewing in Pennsylvania. It thrived ’til the ’70s, when it found itself too small to compete head to head with the country’s giants (now owned mainly by Heineken).

The solution, the brewery decided, was specialty beers; its first was the mammoth Urbock 23°, a full-flavored brute that just missed double digits at 9.6 percent alcohol.

Most Austrians skip right past it on the supermarket shelves, but that’s not who Eggenberg is aiming at. Many of its specialties go directly to the US, Holland, and, increasingly, Italy.

A look around the brewhouse last December confirmed that view. As Hemetsberger poured samples of his freshly cooked wort during a St. Nicholas ceremony, it was a small group of Dutch, Italian, Romanian and Croatian beer fans who were reaching for the glasses. The only Austrians in attendance were a handful of thirsty area journalists assigned to report on this quirky, over-the-top beer.

“I don’t know anyone who drinks this stuff,” one writer from Salzburg whispered to me as he hesitantly lifted the warm, malty beverage to his lips. “I’m not even sure it’s really beer.”

Of course, the secret of Samichlaus is not the sticky liquid we were sampling. Anyone can dissolve sugar into water; the trick is converting it into drinkable alcohol. The secret, the stuff that makes this the world’s strongest lager, is the yeast.

If you spied on Hemetsberger as he worked the cooled brew, you wouldn’t notice anything different from any of the other batches. He pitches in the same house yeast used in all of Eggenberg’s brands, from the Hopfenkönig Pils to a brand new Doppelbock made especially for the American market. The yeast would bravely churn through the sugar ’til it petered out at about 10 percent alcohol. Only then would the brewmaster turn to a second batch of yeast, a wondrous mix unlike anything else in his brewery. This is an über-yeast, propagated from a strain that was isolated years ago by Hurlimann, a yeast that continues its metabolic mission into the highest alcoholic realm.

Any brewer will tell you that secondary fermentation is a difficult, touchy task. Pushing alcohol to 14 percent is craft and science, and a little intuition. “It’s like with your wife,” said Hemetsberger. “You have to know where to touch to get the right result.”

It takes about 10 or 12 more days for the bubbling brew to reach that lofty 14 percent level. Ten months of aging in cool cellar vats follow ’til it’s ready for the next holiday season. The result is a true Triple Bock—no adjuncts, no maple syrup—made with nothing more than malt, water, hops, yeast and, yeah, the right touch. Sip Samichlaus in your La-Z-Boy, and you may never get up again. ■ 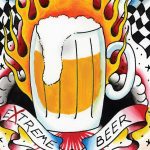 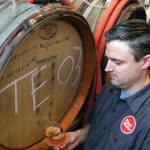