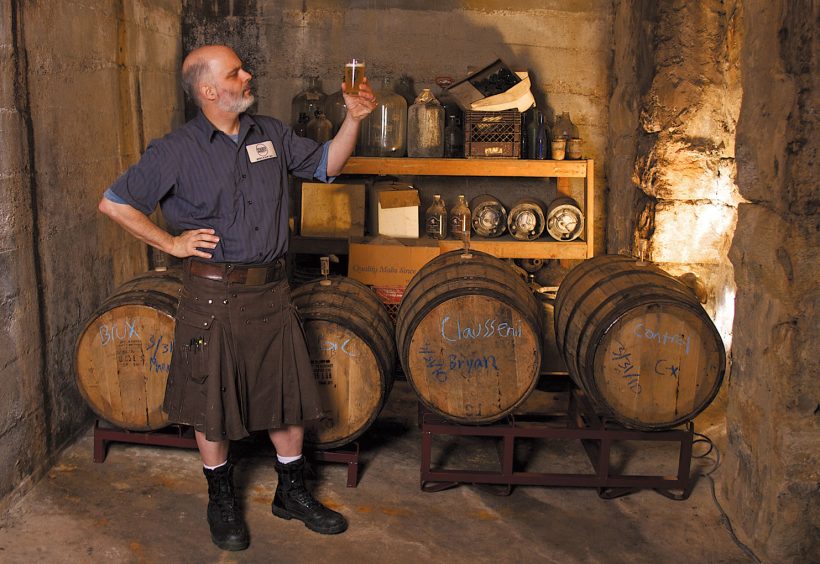 As a brewer, Stephen Hale isn’t easy to sum up in a tidy paragraph. He’s been brewing for over 30 years, and he oversees a brewing portfolio that’s both strongly traditionalist, and freewheeling and experimental. And he has a long, long view. “I still have a couple bottles of raspberry mead I made in 1991,” he says. “It hit its peak at year eight, but it hasn’t dropped too far down. I’m really excited to taste [it] at year 20. That’s fun, but it takes patience.”

1. Fall in love
Stephen Hale grew up surrounded by Genny Cream and Stroh’s Bohemian. It took his brother, a 5-gallon recipe and a Charlie Papazian book to discover good beer. Hale’s brother introduced him to homebrewing when he was 19, and he churned through varieties of Pales and Stouts. He says he fell in love with “the mystique of what brewing is all about: playing scientist, the aroma, simply boiling wort in a kettle, whether it’s commercial or 5 gallons at home. It’s a lot of art, and a whole lot of science.”

2. Take your time, and when the time’s right, jump in
Hale began homebrewing in 1979, but it was well more than a decade before he turned the hobby into a career. In between, he worked as a chimney sweep, a school teacher and a sea urchin diver. Instead of studying chemistry in school, he took Greek and Latin. School did come in handy, though: Dan Kopman, a college classmate, had spent time overseas brewing at Young’s and Newcastle. Kopman called up Hale and asked him if he wanted to join a crew setting up shop in St. Louis, in the shadow of the Anheuser-Busch eagle.

3. Quality demands freedom
Schlafly Beer caught the craft industry’s first boom, and then Hale watched while it turned into a bust. “There were some years where, like some others, we really had to hang on,” Hale recalls. “We’ve never lost sight of the philosophy that you do the best you can. Dan and Tom Schlafly have given our people the latitude to do what they know how to do. Nationally, we saw other owners who didn’t let their brewers and chefs do what they need[ed] to do. There were many pub owners thinking it’s easy money. Our owners were committed to quality, and Dan had experience, and that’s been a huge advantage.”

4. Don’t feel bitter, but…
The beers the craft industry’s customers drink have evolved enormously since Schlafly first opened its doors. Now, Hale says, “People want variety. People are looking for next new thing. And pushing the envelope is great because it keeps brewers interested, too.” He thinks super-hopped recipes may soon run out of new ground to break, but he sees tremendous room for experimentation in barrel-aging and in sours. Sours, in particular, will be the beers that hook wine and mainstream beer drinkers, Hale believes.

5. Tweak traditions
Schlafly’s portfolio runs the gamut from more traditional-leaning, year-round beers to assertive big beers, reserve ales, barrel-aged brews and experimental one-offs. “Our style evolved from [homebrew writer and founding brewmaster] Dave Miller. The early brewers had all read his books, so we came from the mold of, here’s the style, and here’s the way we make it. People view us as being somewhat conservative. We like the styles we make, and we have regulars that would have our hides if we didn’t make them again. It’s also fun to take traditional styles and see how well we can make them.”

6. Brew empirically
Lots of breweries have gotten ambitious about the flavors of their beer, but Hale believes few, if any, are as ambitious about collecting data on the way those big flavors are produced. Schlafly is two years into an extended research project on barrel-aging beer, racking and re-racking generations of Barleywine into oak barrels with different toasting levels. The goal is to quantify the way toasting and barrel reuse affects flavors. “It goes in line with the way we approach styles. There have been plenty of people who grab a barrel and say, ‘Let’s see what comes out’—sort of a journal of irreproducible results. I don’t know if this kind of methodical research has been done before.”

7. Let the people have their say
Hale is proud of Schlafly’s hoppiest year-round offering, Dry-Hopped APA, because it came from his brewing team. It began as a harvest beer brewed with fresh hops, but Schlafly couldn’t get away with just brewing it once a year: “The public response was more overwhelming than any beer we’d ever done. We decided we could make wet-hop once a year, or we could experiment with dry-hopping.” It’s a perfectly democratic beer: developed by the staff, and demanded by the masses.

8. Connect
It’s one thing to be somebody’s local brewery based on zip codes or driving times, but it’s another to forge a relationship with the drinkers who keep you in business. Schlafly goes to lengths to do the latter, throwing open the brewery doors several times a year for creative, raucous festivals, whether it’s parading around with haggis and bagpipers on Robert Burns Night, or a Stout festival that turns oyster shuckers into rock stars, or the annual September festival that taps into that year’s three or four dozen recipes at once. “They’re important to connect us to our customers,” Hale says. “The bulk of the volunteers is from our core group of regulars. They like to put on the shirt and stand behind the bar. It’s a fabulous way to connect with them.”

9. Await the boomerang
“Extreme beers will stick around as a category, but if the pendulum hasn’t started to swing back already, it will,” Hale predicts. “The market is limited for double-digit ABV beers. People want a table beer, a drinkable beer.” Hale recently returned from a trip to London and Stuttgart. At Fuller’s, he tasted bright, brilliant, lower-alcohol casked ales; in Stuttgart, a commitment to the Purity Law. Both destinations showcased the benefits of sticking to one’s own convictions. “They’re maintaining their traditions. I don’t see it as being stuck in their ways. They’re proud of what they do, and they’re continuing to do it well.” ■ 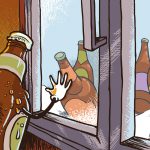 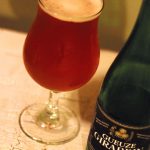