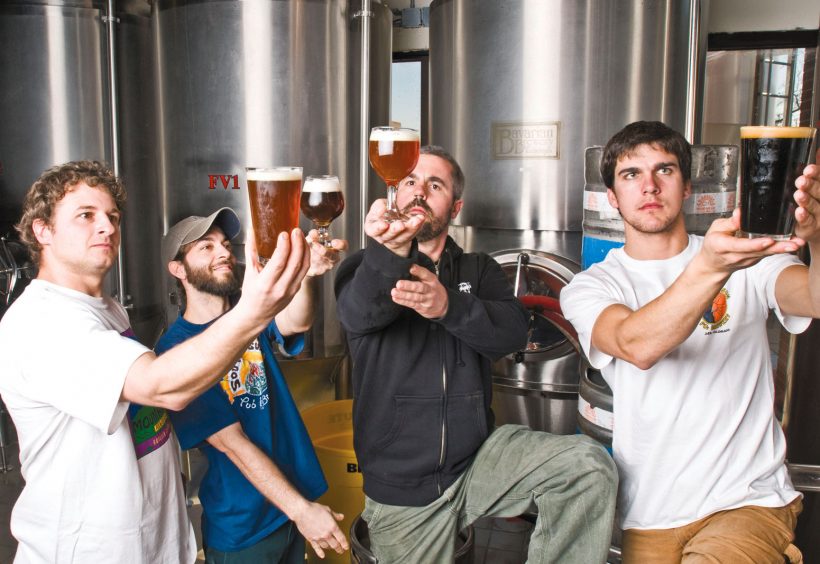 The term “American pub culture” can sometimes seem like a contradiction. Too often, bar and pub patrons are overwhelmed with loud music, massive television screens and customers shouting at the top of their lungs just to be heard over the din. While entertainment gets cranked up to 11, human interaction gets lost in the ruckus.

But every action has an opposite reaction, and in response to the bombarding overstimulation of American bar culture, many brewpubs have turned toward a more family- and community-based atmosphere where patrons can come in, sit down and chat over the most prolific of social lubricants—beer.

Beer geeks and community-minded individuals in Boulder, Colo., need look no further than downtown to find one such pub, where The Mountain Sun Pub and Brewery strives to provide a family-friendly atmosphere while churning out top-notch brews.

Connected to the Community
Don’t come to Mountain Sun expecting to spend a Sunday afternoon watching football, because there aren’t any televisions. “We wanted it to be a community spot,” former assistant general manager Kat Girod said. “Our dining room is more like a living room.”

When owner Kevin J. Daly opened the brewpub in 1993, one of the main goals was to create a community-oriented space where friends could get together over a couple of beers. In 17 years of operation, Mountain Sun has evolved into a spot where regulars and tourists alike congregate to see local bands play for free, where groups of friends can meet to catch up on the details of the week and where individuals can come burn off stress after a hard day’s work.

“It’s just a gathering place for friends,” Girod said. “I can think of, off the top of my head, at least 30 groups of friends that this is their regular place to gather.”

Part of the draw is certainly the beer, as head brewer Brian “Hutch” Hutchinson is known for churning out world-class beers (such as Hop Vivant, an Imperial IPA that took the “Alpha King” Award at the 2009 Great American Beer Festival, as well as Temperance, an American Belgian-Style Ale, which took home a bronze medal). Another major draw is the friendly atmosphere and sense of community that permeates the entire building.

Customers can sit down and enjoy a board game at their table, receive tourist information from the waitstaff or even enjoy a beer from one of the area’s numerous other breweries on one of Mountain Sun’s three rotating guest taps.

“[We’re all about] giving people what they want when they walk through the door, whether it’s to go hiking, or to talk about beer with the guests we have,” Girod said. “The beer plays a huge role, but we’re also a community spot and a restaurant.”

No matter how many board games a brewpub has available, and no matter how friendly the staff, no establishment can truly be called committed to community if it gouges its customers with unreasonably high prices. Don’t worry, that’s not going to happen at Mountain Sun. With $3 pints during happy hour and a menu that is loaded with food items under $10, the prices are definitely easy on the budget.

And what self-respecting brewery would have the gall to call itself “community-based” if it wasn’t active in local organizations, charities and events? Keeping in line with its commitment to the neighborhood, Mountain Sun partners with its local Growing Gardens, a community farm, to stock the refrigerator with local produce (farmers markets are also frequent sources of materials for Mountain Sun’s kitchen). The brewpub is also active in local charities and events that support the community.

Room to Grow
The staff at Mountain Sun is always willing to help out the customers, but what sets Mountain Sun apart from the crowd is what it’s willing to do to help out its employees. Tim McMurray is a perfect example. McMurray worked his way up to managing partner in the company after years of working at the brewpub.

When Mountain Sun opened in 1993, the restaurant operations fared well, but business slowed down at night after the kitchen closed and locals began patronizing other bars that had full liquor licenses. If Mountain Sun was going to succeed, nighttime business needed to improve. McMurray hit the street and helped bring in local bands to perform live at least once a week, and business began to take off. As a result, he moved his way up the corporate ladder until he was able to buy into the company and also assume the official title of “talent buyer.”

Growth is encouraged by all of the employees, as Girod explained that all are welcome to learn more about the brewing process by participating in a brew shift.

“One of the really cool things about our company is our brewers like to get involved with the staff and teach them,” Girod said. “People come in who are knowledgeable about beer and are on a beer vacation. If it’s not going to put you in overtime as a staff member, you’re welcome to set up a brew shift.”

What’s Brewing
Despite the many facets of Mountain Sun, the focus is still the beer. And when it comes to the beer, the key word is “variety.” The seven staple beers are brewed at Southern Sun, Mountain Sun’s sister pub in south Boulder, which opened in 2002 with a larger brew house and a grain mill, while the more creative and experimental brews are still whipped up in Mountain Sun’s six-barrel brew house.

It would be fair to call Hutchinson and his staff “hop heads,” as some of the establishment’s most popular and successful beers are the pub’s IPAs—such as Fuck Yeah IPA (typically abbreviated as FYIPA, for obvious reasons), which is one of the staples at Mountain Sun. However, Mountain Sun is known for its creativity and originality as well.

Perhaps the most notable innovation was Van Diemen, a 9 percent ABV Black Saison that featured Tasmanian pepper berries and a spicy yeast strain and was brewed in collaboration with nearby Avery Brewing Company. Among other worthy creations were the aforementioned Hop Vivant, and Nihilist—a 9 percent ABV Imperial Stout brewed with tons of roasted malt and orange blossom honey before being aged in cabernet barrels for several months.

Along those lines, Mountain Sun is well known during the winter for Stout Month, which happens every February. Although the seven staples remain on tap, the 13 remaining taps go black with the malty heavyweights of the craft beer scene, which draws visitors from around the country.

“It’s a really fun event that gets people excited about Stout, and it’s cool to show the general layperson how much depth there is just within that one style of beer,” Girod said.

With a month of rotating taps that range from well-within-style guidelines to the borders of “extreme,” it’s hard to put a label on a place like Mountain Sun. So just think of it as your living room, except with better beer.

Taps
21 (including up to three guest taps, three nitro taps and one root beer tap)

Flagship Event
Stout Month: Every February, Mountain Sun switches from your typical brewpub to one dedicated entirely to the black stuff. With rotating guest taps and many different variations of the style, Stout Month is a major draw for beer geeks and Stout lovers around the country. ■ 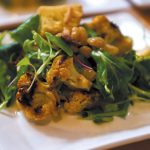 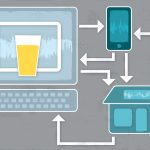