Berliner Weisse: Champagne of the North 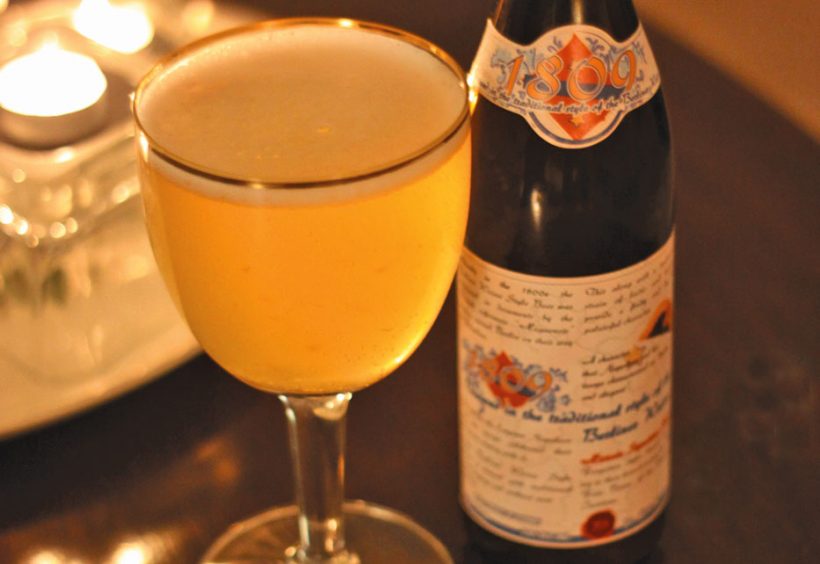 I like my coffee black, my whiskey straight and my Hefeweizen without a lemon. But I’m a total sucker for that green syrup they pour into Berliner Weisse.

It’s called woodruff, made from a sweet, aromatic herb, and it’s usually served as a dessert topping. How anyone thought to spike a wheat beer with the stuff is beyond me. Yet, if you order a goblet in any Berlin beer garden, the waiter will almost surely ask: “Rot oder grün?” A schuss (or shot) of red or green?

The red, or Himbeere, is sweet raspberry syrup, which is kid stuff. The green, or Waldmeister, gives the pale yellow beer the misty, grayish hue of a cloudy morning at the seashore. Not particularly attractive… but the syrup’s cut-grass flavor softens and complements the beer’s trademark tartness.

Naturally, there’s a bit of controversy surrounding the Syrup Question, and I’m not talking about red or green. So-called purists say you shouldn’t add it at all. Mike Griffin, who authors the online British Guide to German Beer, says the syrup unnecessarily masks the intense character of Berliner Weisse.

“If you’re used to assertive flavors, such as Brussels Gueuze, Islay malt whiskies, and spicy foods,” he wrote in an email, “it really goes against the grain to put syrup in your beer. The syrup removes the beer’s refreshing, distinctive qualities.”

Like Gueuze, the character of Berliner Weisse is produced by its intentional exposure to something most brewers normally would rather keep out of the fermentation tank. While Gueuze gets its funky barnyard aroma from the Brettanomyces strain of yeast, Berliner Weisse picks up its tartness from Lactobacillus, a type of bacteria that converts sugar into lactic acid.

“Without the bacteria,” said Brandon Greenwood, the former brewer at Nodding Head brewpub in Philadelphia, “it’s a boring, tasteless wheat beer. There are no hops to speak of and it doesn’t have any of that banana or clove flavor from traditional wheat yeast.” Greenwood created the brewpub’s endearingly named Ich Bin Ein Berliner Weisse (“I am a Berliner Weisse”).

With an acidity that Michael Jackson once described as “worthy of Dorothy Parker,” Berliner Weisse is a challenging beer at first. “For those who aren’t familiar with it, it’s a bit of a shock,” Greenwood said. “It’s overwhelmingly tart on the first sip. But after that, the fruity esters come out on the palate, so you get a citrus kind of component.”

What you also get is refreshment. The tartness cleans the palate and slakes the thirst. Its low (2–5 percent ABV) alcohol lets you drink it all afternoon without breaking into a sweat.

The style probably dates to the 16th or 17th century and was so renowned that Napoleon’s troops supposedly called it the “Champagne of the North.” More than 700 breweries were producing it in the early 19th century. Today, however, it’s bottled regularly by only two or three breweries in Germany, including Kindl and Weihenstephan.

Surprisingly, it has found a minor resurgence in the United States, mostly after Greenwood’s draft version began picking up awards in the early 2000s. More than one American beer judge has told me that he or she now regards Nodding Head’s as the style’s benchmark.

So, I asked the expert: Do you favor your Berliner Weisse with or without a schuss? “I would say the purists drink it neat and the recreational users add woodruff,” Greenwood said. “I personally prefer it neat.” 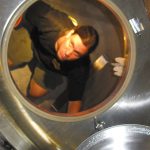 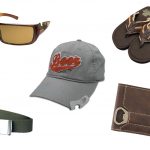