The Beers of Bamberg, Germany 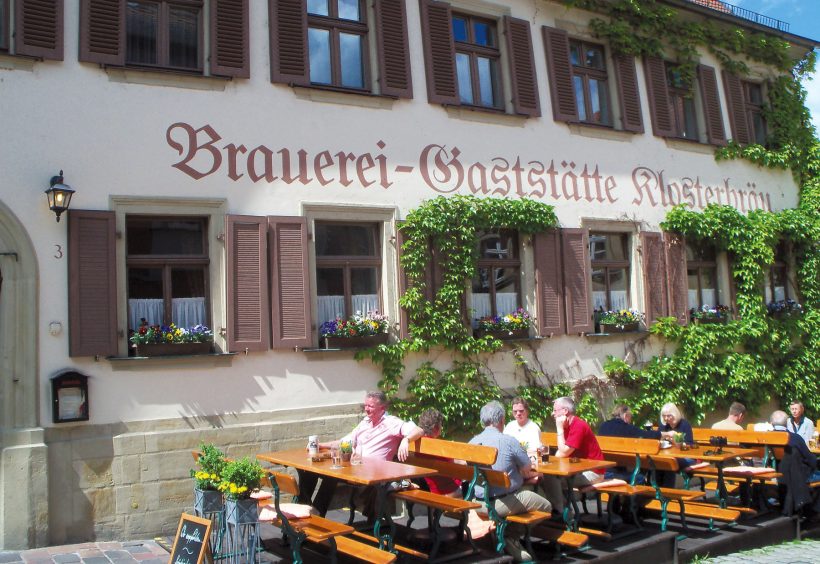 Bamberg, Germany, is a delightful place. Aside from its extensive beer history and huge number of in-town breweries, it’s truly in a beautiful part of the country. This Bavarian city, mentioned in historical documents as far back as 1007 A.D., was designated as a UNESCO World Heritage Site in 1993. During World War II, German artillery effectively protected the city from allied bombings, so many historic structures remain. The main plaza by the Regnitz River is reminiscent of the grand piazzas of Italy.

I visited Bamberg with the goal of touring all of the 10 (now nine, since the recent demise of Maisel) breweries located in the city proper. All of them are within easy walking distance of the city center. In May 2010, a modern tourist structure was completed in the center of the Old Town, and they launched “Brewery Trail” walking tours that have been designed by the tourist bureau into separate brewery tours on the east and west sides of the Regnitz River, which flows through and splits the city.

If you are exploring sites on the west side of the Regnitz, you would find the breweries of Ambräusianum, Greifenklau, Kaiserdom, Klosterbräu and Schlenkerla. The east side of the river journey would bring you to Fässla, Spezial, Mahrs and Keesmann.

Before I traveled to Bamberg a few years ago, I did some research on the beer styles brewed there. Being familiar with the beers of Schlenkerla, I was under the impression that all breweries in Bamberg specialize in Rauchbier, commonly known in America as “smoked beer.” However, only Schlenkerla and Spezial now brew this style of beer in Bamberg; lagers and Witbiers are also typically brewed. Schlenkerla owner/brewer Matthias Trum graciously gave me a detailed grain-to-glass tour of his brewery. Following will be a short description of each brewery and the typical beers they commonly have available. I personally visited each brewery and sampled most of their beers. Someone had to do it! 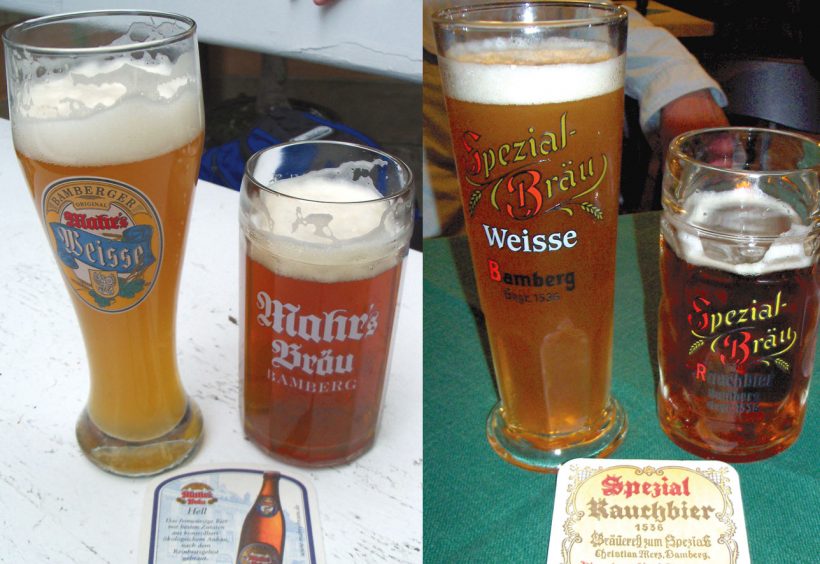 Starting the brewery trail east of the river, the first stop was the Fässla Brewery/Hotel/Restaurant. This facility includes a ground-floor brewery with an adjoining pub/restaurant. I was lucky to have secured a hotel room in the hotel upstairs, our resting spot during the time we spent in Bamberg. Fässla’s brewing history dates back to 1649. A variety of beers made there include Fässla Lagerbier, Gold Pils, Zwergla (in the Märzen style), Weizla (both dark and light versions of wheat beers) and Bambergator, an 8.5-percent Doppelbock available only in October. Before retiring each evening, I spent quality time with the locals drinking Fässla’s Gold Lager at a standing-only section of their pub. This, I learned, is the typical fashion. As is common in my beer travels, mentioning that I’m there to study and sample local brews, and ultimately, to write about them, makes locals for accepting of me; a welcome mat instantly appears. Just like American brewpubs, the locals have much pride in their beer, and an occasional “on the house” pint is offered to me. Refusal in these cases is not an option … and I’m not one to break tradition.

Directly across the street from Fässla is the Spezial Brewery and restaurant. This brewery produces the only other Rauchbier found in Bamberg, and is a bit less assertively smoky than Schlenkerla’s. Dating back to 1536, Spezial is another brewery with a long and prosperous history. Besides the Rauchbier, available brews include, Vollbier, Spezial Lager, Weizla, a cloudy wheatbier, Gold Pils, a Festbier and Bambergator, a strong seasonal Doppelbock. Their pork-knuckle dinner was fantastic.

The next stop brought us into the shady beer garden at the Mahr’s Brewery. This red-brick brewery dates back to 1670, and is located directly behind the pub. Family run since 1895, this small brewpub produces a wide range of beer styles, including Pilsner, Helles, Schankbier (low-alcohol lager), Hefeweizen (my favorite here) and a seasonal Bockbier. This small pub draws an abundance of after-work locals who relax with friends in a comfortable street-side beer garden.

A few years ago, I visited the famed Schlenkerla Brewery and spent a very pleasant evening in the Gasthaus restaurant with the new owner, Mattias Trum. (Since that visit, the brewery has moved a few blocks away.) Schlenkerla brews all of their beers with their own beechwood malts, which are smoked on premise. On the draft list when I was there in May was Aecht Schlenkerla Rauchbier (lager style), their flagship beer, Schlenkerla Rauchweizen (smoked Witbier—the brew most commonly seen here in America) and a bottled Lagerbier. Later in the fall, Schlenkerla Rauchbier-Urbock will be available.

Just a few blocks from Schlenkerla, Klosterbräu, though not mentioned in the Brewery Trail guide, is worth a visit. This old brewery was established in 1533, and was subsequently bought by the Braun family in 1852; the Brauns are still the current owners. The beers brewed there on a regular basis are the familiar Lagerbier and Braun’s Weisse (both seem to be required brews in all of Bamberg’s establishments), a dark lager called Schwarzla, Braunbier and a seasonal Klosterbräu Bockbier.

Ambräusianum, literally next door to Schlenkerla, is the newest and smallest brewery in Bamberg. Its beautiful copper-clad brewery is located directly in the middle of the pub, making it a picturesque setting for visiting beer cognoscenti. Brewer/owner Ambros Mahr and I shared their Helles and Dunkel lagers, a light Weizen and seasonal Bockbier. I think this newest of Bamberg’s breweries will have much success.

A bit of a walk uphill from the city center is the Braurei Greifenklau. This Old-World gasthaus and brewery, with on-premises brewing recorded since the early 1700s, is a throwback to another time. Its dark wood interior, and comfortable seating and atmosphere, make this an after-work (or after-anything) destination perfect for enjoying a Greifenklau Lager, Weizen or a seasonal Bockbier. I can visualize the environment in this pub a hundred years ago appearing just as it is today.

Cross the Markus Bridge, take a left and enjoy a pleasant half-hour walk along the banks of the Regnitz River on the scenic bike and walking trail to the Kaiserdom Braueregashof and Hotel. Your walk will reward you with a picturesque view of the old fishermen’s houses situated directly on the river banks. Bamberg citizens affectionately call this area “Little Venice.” Though it is a bit of a walk, your compensation will be a very crisp Kaiserdom Premium Pilsner, Alt Bamberg Dunkel, Meranier Schwarzbier (dark lager) or my favorite at Kaisedom, a Dunkelweizen (dark Witbier) appropriately named Weizenland. 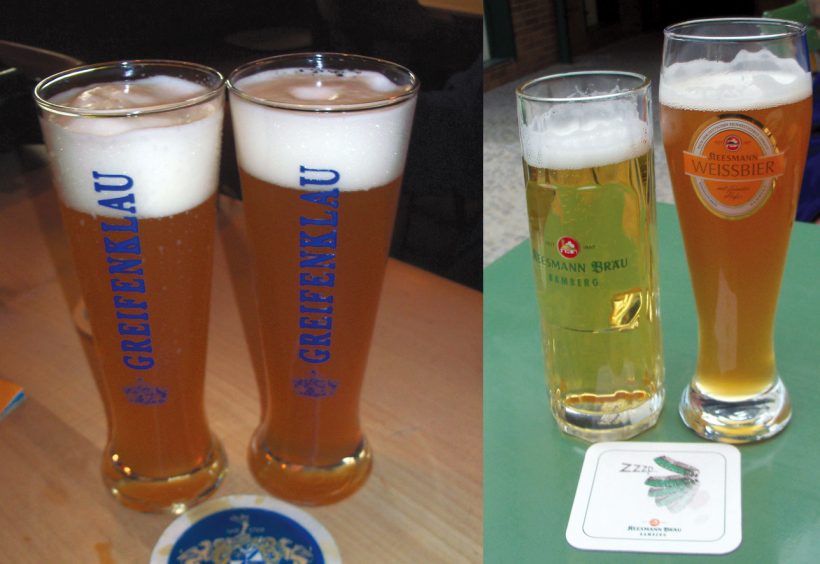 Keesmann Brau, founded in 1867, has always been owned by the Keesmann family. Located on the east side of the river, this brewery is known for its Keesmann Brau Herren Pils, probably the style of beer most often enjoyed by the locals in the haunts I visited. I’d say that Pilsners or Helles lagers were what I saw on the table in the majority of beer halls there. Cloudy light or dark Witbiers were a close second (based purely on my own observations). Also available at Keesmann was another clean lager appropriately called Keesmann Hell, a lager called Sternla, the required Keesmann Weizen, and a couple of seasonal Bockbiers named Joseph Bock and Keesmann Bock.

Though I did indeed have my favorites, I enjoyed virtually all of the beers found in Bamberg. I’ve always had a taste for Hefeweizens and Dunkelweizens, so if one of them is on the menu, it’s my first choice (and second choice, in fact, if they have both). I tried at least one style of Witbier in each of the Bamberg breweries. All were creamy and had those clovey and banana overtones one would expect, but were also different in subtle ways. These small differences are the signature of the brewery and its strain of house yeast, but being a brewer myself, I’d say they come more from the hand, and especially the soul, of the house brewer. The city of Bamberg is a dream, and the beers I enjoyed there truly represent craft beer at its very best. ■ 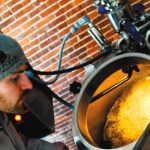 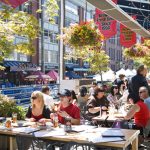