In Praise of Ordinary Lunatics 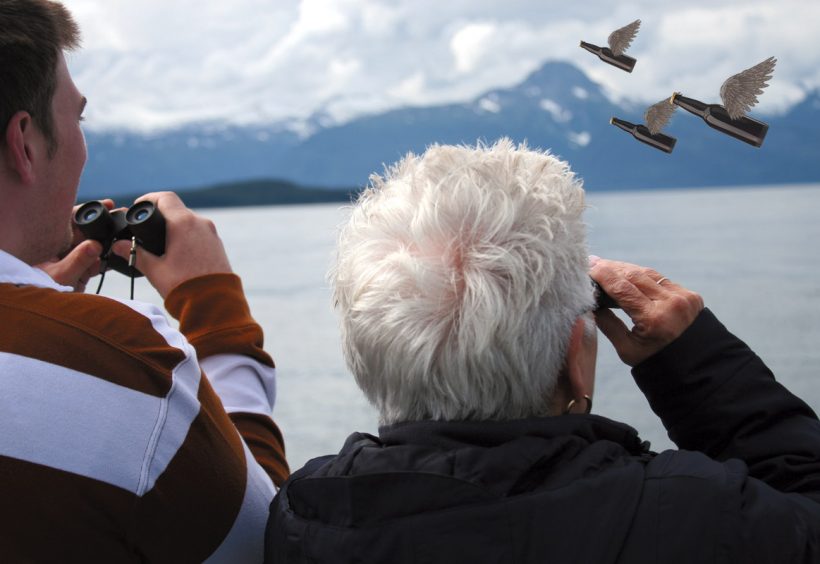 One day, I am sure, scientists will locate the brain pathways, gene clusters or chemical drivers that cause political bigotry, religious zeal and the desire to own 60 pairs of shoes that never get worn. If they do, they may find that tests carried out on beer nuts show similar features.

As I write, I am staring at a man transformed. Last night’s dinner companion, who kept us all entertained with tales of his journey to Zanskar by Jeep and donkey, is nibbling nervously at his breakfast cereal. He has the demeanor of hunted prey. He’s about to be swiftly out of here, on a lesser-known road, confident that none of us are following.

The hotel I’m in often attracts twitchers (bird watchers, if you prefer). The current batch is chasing the Ortolan Bunting, a bird so rare in these parts that when an American tourist reported sighting one last week, he was at once accused of being blind, a prankster and, with particularly withering scorn, “American.” Not that such derision kept enthusiasts away.

The hunted hunter eating across from me is a competitive bird photographer—he seeks to snap pictures of the most bird species in the area—and he has a reputation to protect.

My own interest in bird life has an unhelpful bias toward the roasted, though I see the appeal more readily than I do with, say, plane spotting or autograph collecting.

While the others go off hunting Bunting, I log on to update numbers for a piece I am writing. Countries with healthy craft beer scenes: minimum 39, maximum 47. Functioning breweries worldwide: maybe 10,000 for the first time since the 1960s. Beers in current production: roughly 50,000 regular, and countless occasionals.

And then the fact I did not want to know, which leaves me spellbound: The race to become the first person ever to try, record, describe and rate 20,000 different beers is heating up. I know I should leave this alone, but I can’t.

I expect to find the leading contenders imploring foreign embassies and remotely stationed beer nuts for a mixed case from Patagonia, a cluster of Xi’an province rice beers or anything they might have from Armenia.

But no. In the last quarter, both top contenders have averaged over 500 new conquests a month. I would die if I had to drink that much beer. They must be shipping massive quantities from ’round the globe, taking a few sips of each and throwing the rest away. No way anyone could use that much to cook, and enlisting friends to finish it off would be an obvious insurance hazard.

I mull things over and estimate my own experience to be about 8,000 brands to date. How much of life have I had to miss to find time for that? My mind is in turmoil. But then I start to remember the strangers I met on the way, whose brief acquaintance I would have had to miss if I had made way for other duties. Sanity returns.

Meanwhile, there is great news on the Bunting front. Most of the twitchers saw this rare creature, but only the survivor of Zanskar got the full-frontal pic—honor is served perfectly.

I like the idea that beer spotters—tickers, if you prefer—can bag 20,000 beers and hope they gallop to 30,000 and beyond. But I hope no fuss is made of this, as I am not so sure that twitchers, shoe shoppers and other ordinary lunatics, will grant their massive achievement the sort of admiration it deserves. ■ 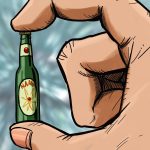 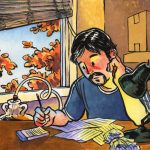