Man-Up in the Living Room 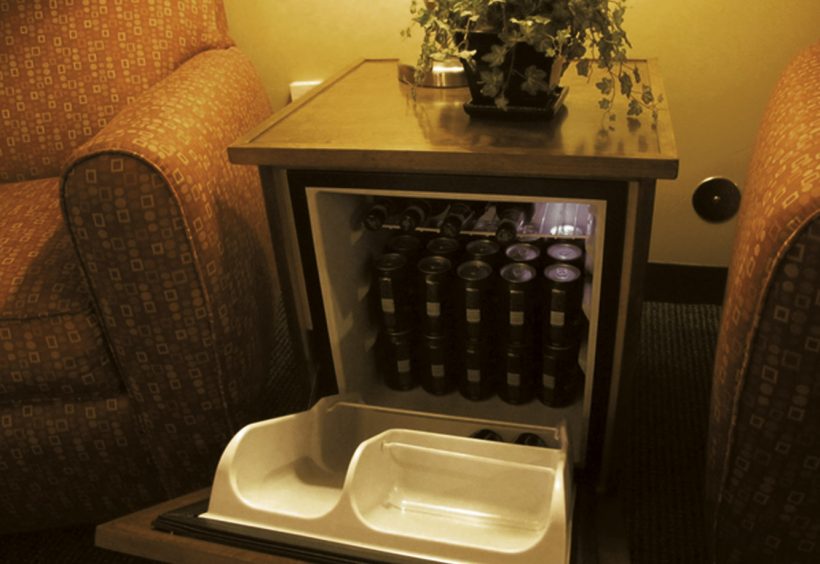 A familiar saying states that “men are from Mars and women are from Venus,” basically insinuating that while both sexes happen to be co-existing on the planet Earth together, in a lot of ways, we couldn’t be further apart—in emotions, aspirations, desires… even home furnishings.

And while there probably are numerous exceptions to the “Mars/Venus” rule in most relationships—much to my husband’s delight, I insisted on having a beer tap built into our kitchen remodel, for example, while much to my delight, he doesn’t mind doing the dishes—there is a reason why adages become adages. But at least our two worlds no longer have to collide when it comes to living room furniture.

For the man who would love nothing more than to kick back, watch the game and down a few brewskies without ever having to leave the La-Z-Boy, and for the woman in his life who really doesn’t think a refrigerator filled with chilled bottles of beer is the perfect accessory for the well-appointed sofa set, a compromise has been created—and it comes in the form of an end table.

It’s called the Man Table, and the creators could very justly be nominated for a Nobel Peace Prize for the device’s ability to retain and maintain peace in homes across the country.

The Man Table is, essentially, a mini-fridge that has been given a makeover—designed with custom wooden cabinetry to conceal within its stylish exterior up to 50 12-ounce cans, more than a case of 12-ounce bottles, or even 10 750-milliliter bottles, with space on the door for snacks or more beer.

“The inspiration for Man Tables was necessity,” says co-creator Tom Stein. “My wife, Julie, would not allow me to keep the beer fridge that I had become so attached to. So, [co-creator] Tyler Matthews and I decided to build one in plain sight.”

The process from idea to reality took the duo more than eight months, with “many failed models” during that time. Stein and Matthews first had the idea to make a coffee table that concealed a beer cooler. While the models worked well, the placement of the coffee table in most homes—usually not being near a wall with an electrical outlet—presented concealment issues.

“There was always the tail or power cord that was a dead giveaway,” Stein says. “But, after we moved to the end-table idea, the [design of the] units moved at a much faster pace.”

The end product (pun intended) features a movable shelf unit, allowing the owner to manipulate the space to accommodate different beer bottles and cans. The cooler is equipped with an LED light to gaze at the beery glory inside and features green-cooling technology, which operates without Freon, keeping the beer at a desirable drinking temperature of 38-40˚F.

The unit, which comes in three sleek finishes (tobacco, walnut and black), swings open from top to bottom, much like a dishwasher door, and has a safety stop at 75 degrees to ensure that there are no messy spills on the living room carpet. And, so you can better hear the game, Man Tables run at a whisper-quiet noise level of below 15 decibels.

With good looks that fit in with practically any décor, the Man Table inspired one fan to proclaim, “It’s an oasis of manhood in my wife’s living room!” Just don’t forget to put a coaster under that beer. ■ 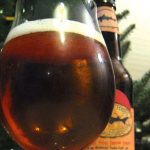 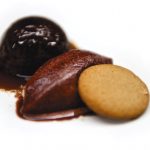