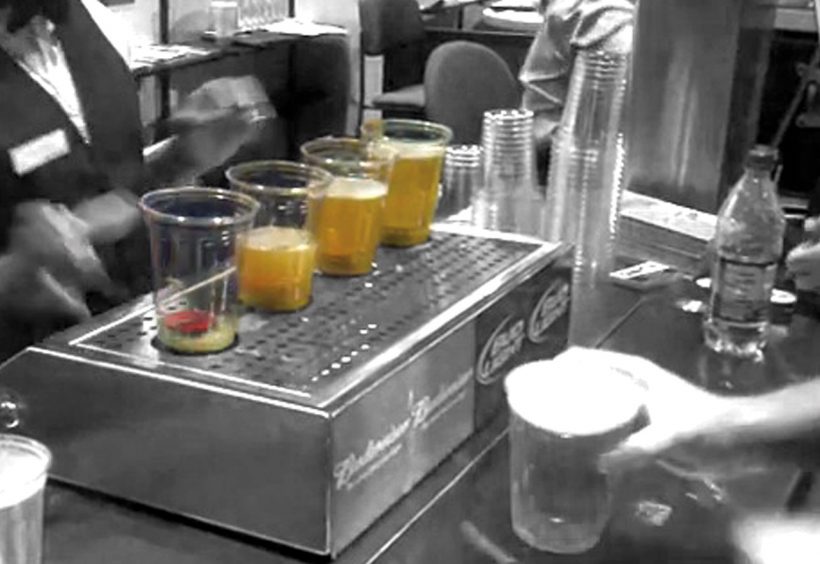 Watching your favorite sports team at the home stadium (or any stadium) while sippin’ a few beers is a treasured pastime for many. But sometimes the long, slow lines at the beer stations can really dampen even the most ardent fan’s enthusiasm.

Until now. Enter the Bottoms Up Draft Beer Dispenser. This innovation can fill up to 44 pints a minute with just one person running it. With a couple of people helping to move beers out of the way more quickly, the dispenser recently set a World Record—breaking its own record—by filling 56 pints in a minute. That’s nearly a pint a second, for those who are counting. And that could mean shorter lines and a shorter wait for the thirsty beer lover at sports events, concerts and other busy venues.

What’s more, the Bottoms Up beer dispenser, which was invented by Josh Springer of Washington, works in a way that prevents foam in the glass. So while you might not get a perfect TV-ready head (and when was the last time that happened at a ballpark, anyway?), you will get a perfectly filled cup every time, and you won’t have to wait for the foam to disperse before getting your beer topped off.

Magic? Might seem like it, but in actuality, the specially designed cups have a hole in the bottom that allows the beer to enter the cup, and a small, round magnet that plugs the hole. While the magic is in the magnet, in a way, it’s the beer that does all the heavy lifting—when a glass is placed on the Bottoms Up dispenser, the force of the beer moves the magnet out of the way for quick and easy filling. When the glass is nearly full, the weight of the beer then pushes the magnet back in place, sealing the hole so you don’t dribble beer down your favorite team T-shirt.

The one downside to Bottoms Up is that the special cups cost about 45 cents each, instead of the typical 10-cent plastic cups used in most large venues. However, GrinOn Industries, Springer’s company, plans to offset that cost or even transform it into a money maker by selling specialized advertising on the magnets. Imagine each cup sporting a beer label or sponsor, which the beer fan could then remove from each cup and place on his or her fridge. The magnets could turn into collectors’ items… which would be way better than that gum in baseball card packs.

The Bottoms Up dispenser doesn’t require special cleaning, kegs or tap lines. In fact, GrinOn’s website says that in most cases, the lines currently in place retrofit perfectly with both of its systems—one that dispenses two beers at a time and another that puts out four beers at a time.

That means stadiums and other large venues can go from using eight beer pourers per two cashiers to one pourer per eight cashiers… so getting your money out of your wallet fast enough to pay for your beer would be the only holdup between your next cold one and getting back to the game. ■ 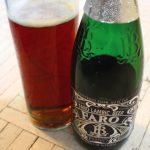 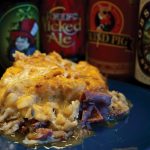