Expanding the Palette: Engineering the Future of Hops 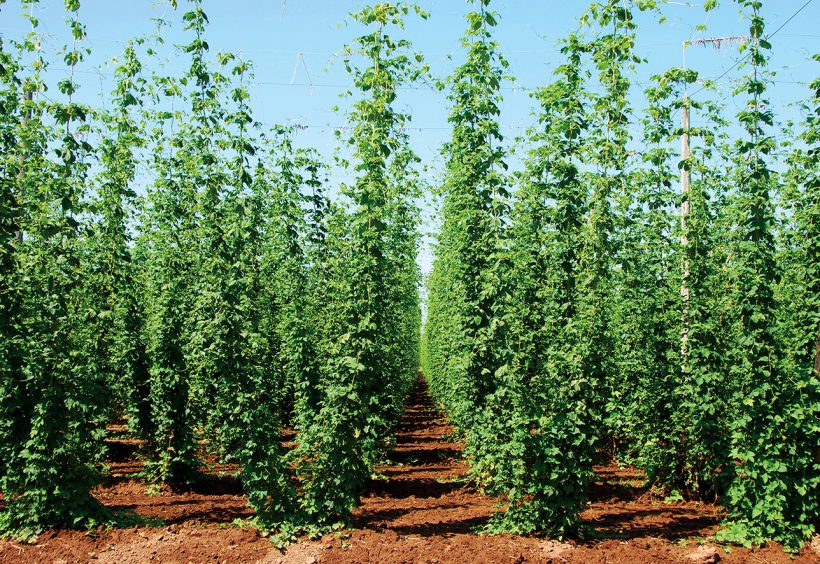 There exists a Belgian myth that the hop is the only plant on Earth not created by God. Most brewers would probably disagree. In addition to their bittering, flavor and aroma properties, hops help stabilize beer foam, kill unwanted bacteria and, according to some studies, impart body-boosting antioxidants. And that’s just what today’s hops can do. Future breeds might bring an entire revolution to the brewing industry. They might change the very manner in which we produce, sell and drink beer. Or, they might just taste really good.

But the pickins’ weren’t always so great. Decades of intensive hop breeding and hybridization were necessary to give us the wide selection—over 175 varieties—offered today. As new hybrids find life in labs and on farms across the country, the evolving hop-scape could be ground zero for the next wave of innovation in craft brewing.

The Cone Doesn’t Fall Far …
Nearly every hop breed can trace its roots back to a few granddaddies in Europe, where farmers began growing traditional hops such as the British Fuggle variety and the four “noble” varieties: Saaz, Hallertauer Mittelfrüh, Spalt and Tettnanger, so named for the regions from which they originate. At the turn of 20th century, a few of these farmers started cross-breeding their hops to enhance desirable bittering and flavor traits. The technique worked, and worked well, gaining momentum in Europe. Several decades and a Prohibition later, the US followed suit.

American hop breeding started in the 1930s as a government initiative to bolster the post-Prohibition American beer industry. In 1933, the US Dept. of Agriculture began farming American-developed hops that mimicked the traditional European varieties, but were less disease-prone and could be grown more easily in the states. Although breeding was quite successful in the labs, US breweries had little reason to invest in the smaller, more expensive American hops market; that is, until the late 1960s, when a crop disease devastated the German hop-yards and drove up the price of European nobles. Suddenly, American hops were abundant and cheap in comparison. American farmers peppered their properties with new hop cultivars. Macrobreweries, like Anheuser-Busch, recognized the potential, and put even more money into the USDA breeding labs.

The resulting discoveries decided the future of the global hops industry. In various breeding labs, scientists began to realize that they could breed offspring with higher alpha acid content than their parents. More alphas meant more bitterness per hop cone, which in turn meant fewer hops necessary per brew. Macrobreweries, looking to cut costs, seized on the idea of breeding higher-alpha hops. In their eventual push toward super alphas (see below), macros ended up breeding a number of other hop varieties along the way.

Today, 95 percent of the US hop breeds used by American craft brewers were developed through the USDA breeding program. But for craft brewers, perhaps the most significant byproduct of that program was the development of American “aroma” hops. Besides displaying good disease resistance, crop yield, storability and acid content, these new hop breeds offered dramatically different flavors and aromas. One experimental hybrid in particular, called simply “USDA 56013,” showed strong potential. Breeders began endorsing the hop and eventually named it “Cascade,” after the mountain range. Today, Cascade is the most prevalent hop in the US craft brewing industry. The Hop Genome Project
Since Cascade, a plethora of new hop varieties has been bred and released—recently, the Citra hop, developed by the HBC (Hop Breeding Company), exploded onto the brewing scene, being featured in Sierra Nevada’s Torpedo Ale, among others. Of course, hop breeding continues today, and while macrobreweries fund the majority of it in hopes of producing even higher-concentrated alpha varieties, there is at least a growing interest in the aromas.

At Oregon State University, the original headquarters of the USDA hop breeding research, a new aroma hop breeding program is spearheading the movement. In early 2010, Indie Hops, an Oregon hops supplier focused on the craft brewing industry, pledged $1 million in grant money to launch the program at OSU. According to Jim Solberg, co-founder of Indie Hops, the program will be 100 percent focused on the craft marketplace. “We’re using hops [that are] most preferred by craft brewers as parents to the hybrid offspring,” Solberg says. And what do those brewers want most from the aroma hop industry now? Solberg says the feedback has been unanimous—more variety. “As brewers break from pre-defined styles more and more, they’ll be looking for greater variety in hop character traits.”

Instead of releasing one variety every 10 years, Solberg and his partner, Roger Worthington, want to release 10 varieties in one year. “There are plenty of citrus options out there,” he says. “We’d like to focus more on tropical fruit flavors, melon-like flavors, and possibly flavors you can’t even describe yet.” A recent breakthrough in hop oil compounds has Solberg and Indie Hops even more excited. “Until now, only 14 compounds had been publicly identified,” Solberg says. “We just found 15 more significant flavor contributors through our research at OSU.” This, Solberg explains, will allow them to build a hop library that equates objective oil compounds with subjective hop characteristics. Essentially, they will have more complete hop fingerprint.

Several craft breweries, too, have joined the aroma hybrid movement. Take Sierra Nevada—they put new breeds to the test right in the brewery. “There are all sorts of very interesting aroma hops potentially coming out quite soon,” Bill Manley, communications coordinator at Sierra Nevada, says. And because hop breeders want to know how their hybrids perform not just in the lab but at the brewery, too, Sierra Nevada often gets first crack at them. The most recent batches, Manley notes, tend toward subtler, more delicate qualities. “Big, bold IPAs are popular today, but they can also mask softer, but still interesting, hop flavors and aromas,” Manley says. Teamaker, an almost-zero-alpha breed that Sierra Nevada is testing right now, has a distinctive black tea flavor. “Other new breeds are straight grapefruit; others, quite rosy. One hop,” Manley says, “tastes just like blueberries.”

Aroma Apathy
Indeed, the selection of hops—aroma and alpha—is much wider now than ever before. But new aroma hybrids remain unavailable to most craft brewers, whose interests, Solberg argues, “still represent only a small percentage of the hops market.” Macrobreweries can more easily dictate the market’s direction. Today, they almost exclusively focus on high-alpha/super-alpha varieties. Christina Schönberger, technical manager at leading hops supplier The Barth-Haas Group, explains: “Macrobreweries, by their nature, look for more economic ways to purchase alpha acids for their beers. While they do have programs looking at aromas, their main focus is bitterness in hops, and not so much the variety or flavor.” Hop farmers, often getting paid on a per-alpha basis by macros, have little incentive to experiment with untested, exotic, low-alpha aroma varieties.

The evidence proves it. Over the last 20 years, world aroma hop acreage has shrunk from 110,229 acres in 1991 to 60,530 acres in 2010. Manley notes, “For most of the last decade, a lot of the big varieties, like CTZ, which don’t necessarily taste great, dominated the market. Craft brewers had to work hard to find enough aroma hops to go around.”

Larry Sidor, brewmaster at Deschutes Brewery in Oregon, argues that InBev’s purchase of Anheuser-Busch has even further shifted the global market away from aroma hops. “Before, [Anheuser-Busch] was the largest purchaser of aromas in the world,” Sidor says. “They have now either canceled or purchased out of the growing of significant quantities of aroma hops. Farmers in the Willamette Valley really depended on A-B for hops they were growing.” Known for its aroma hops, like Cascade, Sterling and, of course, Willamette, the Willamette Valley indeed gets much less attention than the more alpha-oriented Yakima region in Washington, which today produces nearly 80 percent the total US hop supply. Manley hopes the industry finds “a happy medium … where craft brewers and big brewers can both get what they need without excluding one another.”

Hope for Hybrids
So, what will keep the aroma hops from disappearing? One answer seems to be closer relationships and stronger contracts between farmers and breweries/suppliers. Solberg, of Indie Hops, says, “The general shift by macrobreweries away from aroma varieties is only something to worry about if the craft industry doesn’t get better at planning ahead. That’s not just the responsibility of the craft breweries themselves. It is also the responsibility of companies like Indie Hops, Hop Union and The Barth-Haas Group to help craft breweries keep inventories stable but not excessive.” Schönberger, of The Barth-Haas Group, agrees, noting that her company constantly looks for multi-year contracts so that they can better prepare themselves and farmers for which hops the breweries will want next.

It seems that craft brewers, too, are aware of this need for stronger contracts. The Boston Beer Company, for example, maintains notably close relationships with hop farmers to ensure their supply of the Hallertaur Mittelfrüh variety, a hugely important hop in Samuel Adams beers. Sidor notes that Deschutes contracts up to five years in advance for the majority of their hops, and he urges fellow brewers to do the same. Such long-term contracts give farms the confidence to plant new and unique aroma hops that might not be so popular with the macros, but are still backed by a craft brewer. As Sierra Nevada’s Manley says, “Hop growers are pretty democratic as a bunch, and will grow what people want as long as they can afford to feed the family.”

Some breweries have gone so far as to grow their own hops. Rogue Ales in Oregon rented land from farmers and formed their own hop farm soon after the 2007 hop shortage. “Our beers are so hop-forward,” says Brett Joyce, Rogue’s president,  “it makes sense to grow our own and help control supply.” They grow seven hop varieties—featured in their Chatoe Rogue series—on 22 acres of John Coleman’s Independence Farm. Sierra Nevada, too, grows hops on their own 9-acre farm. They brew their Estate Homegrown Ale with their own yields of Cascade, Chinook and Citra.

One might even argue that there is a growing profitability in aroma hops. Indie Hops’ Solberg says, “While crafts are only 4-5 percent of US barrel usage, they are almost 10 percent of US hop usage.” Leading hop supply companies, like The Barth-Haas Group, have sophisticated breeding programs of their own, and, as Schönberger asserts, are more focused than ever on new aroma characteristics.

“In the craft industry, aroma hops tend to be more specialized, which is actually a profitable venture for the grower,” says Hop Breeding Company’s Jason Perrault, who worked on the development of Simcoe, Warrior and Citra. Perrault thinks that “breeders, growers and craft brewers often share an artistic mindset that is expressed through working with aromatics, which emphasize the qualitative over the quantitative.” According to Perrault, the HBC, specifically, now focuses almost equally on alphas and aromas. “Worldwide, the interest is in alphas,” he admits. “But in the US, there is a growing demand for aromas. The availability of new breeds will extend as far as the market’s interest in them.”

“Dual-Purpose” Hops: medium AA
Cluster might be termed the original “dual-purpose” hop. The oldest US variety and once the industry standard, Cluster is a well-balanced breed that stores incredibly well.
Newer varieties: Centennial, Citra, Millennium, Amarillo and Simcoe

“Super Alpha” Hops: 14- to 20-percent AA
Varieties: “CTZ”—Columbus, Tomahawk, Zeus—together comprise approximately 25 percent of the entire US hop acreage. Various studies suggest that there is little difference, if any, between the three. ■ 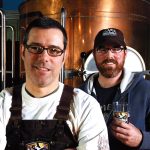 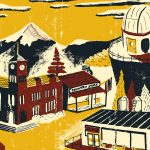