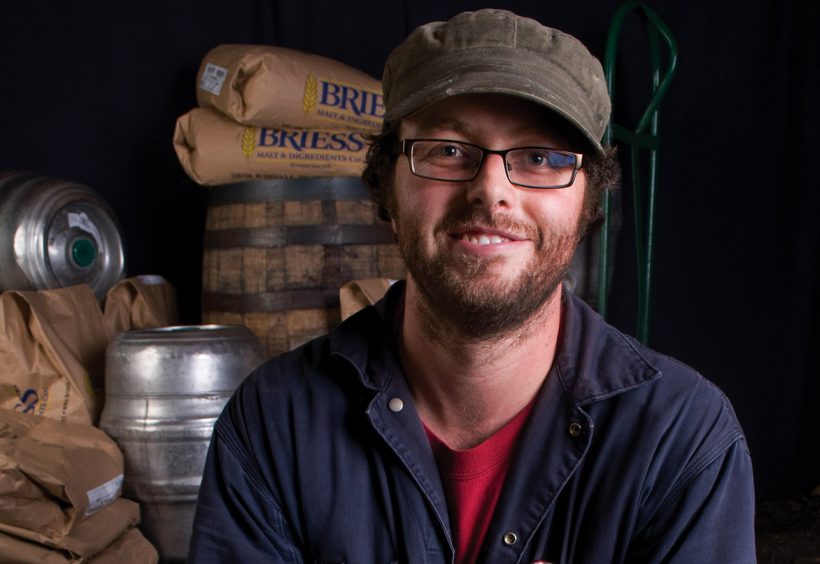 Brad Clark has wanted to push the envelope since the first beer he ever brewed. He didn’t want to buy a kit, and he didn’t want to make a clone. He wanted to create “something you can’t find on the shelves.” At Clark’s Athens, Ohio, brewpub, Jackie O’s, he’s pushing boundaries in several directions. Clark ages imperial styles in bourbon, brandy, rum and cabernet barrels. He has an adventurous souring program. He frequently employs adjuncts like honey, maple and candi syrup, herbs, fruit, and nuts. It’s all in the name of exploring what beer is, and what it can become.

1. Live the life
When Brad Clark was in college, Sierra Nevada, Dogfish Head, Avery and Allagash grabbed hold of him, and they wouldn’t let go. He picked up homebrewing once he was out of the dorms and into an apartment with a stove and a sink, and before long, he had eight carboys bubbling away, and a fridge full of kegs. “The hobby turned into a way to relax,” Clark says. “It turned into more than just making beer. It became part of my lifestyle.”

2. Get to work
Clark majored in creative writing, so when he got out of school, he was in dire need of a real job. He figured he’d give brewing a shot. While he was casting around for an internship, the pub he was working at went under. Clark talked a friend into buying the place; the friend, a frequent imbiber of Clark’s homebrews, turned around and offered him the head brewer’s job at the pub. Clark trained on the pub’s system for a few months with one of its former brewmasters before taking off for the Siebel Institute. Then he got to work.

3. Simplify
The Firefly Amber Ale at Jackie O’s is an old recipe that Clark inherited and then retooled over the course of nearly four years. The most important lesson was self-editing. At one point, Clark was using oats, roasted malt, biscuit malt and three different kinds of pale malt. “It just tasted haphazard,” he recalls, “like I was trying to pull out all these tricks.” Clark stripped it down, and created an easy-drinking beer that’s a gateway to the pub’s heavier and wilder offerings.

4. Make that mash tun earn its keep
Clark’s massive Russian Imperial Stout, Dark Apparition, is a nod to the paranormal activity that allegedly saturates Athens, as well as industry benchmarks like Dark Lord and Darkness. Clark crams 800 pounds of malt into his 7-pound mash tun. He bumps up the alcohol level with brown sugar, and draws out a variety of chocolate, dark fruit, smoked and roasted notes by employing a malt bill that’s as varied as it is huge. “I’m a real malt slut,” Clark confesses. He’ll employ upwards of a dozen malts in some of his darker beers. “Not that I don’t dig hops, but I tend to get really excited when I’m in my malt room, trying to figure out what to do next.”

5. Experiment
For Clark, Dark Apparition is as much a vehicle for barrel aging and specialty treatments as it is a finished product in its own right. He’s done versions aged in bourbon, brandy and rum barrels, and concocted vanilla bean, mole, coffee and kopi luwak treatments. He has infused it with a tea of fennel, liquorish root and sweet basil, and with hazelnuts, almonds and pecans. The recipe’s burnt chocolate base makes it a versatile springboard for tapping into familiar flavors. “You hit those little memories,” he says. “If I put in coconut, it would make somebody think about Almond Joys.”

6. Move beyond bourbon
Jackie O’s is one of the few American breweries to consistently employ rum barrels in its barrel-aging program. Clark started using rum at the insistence of a friend who’d tracked down a barrel. He had no idea what the wood would do to his beers, but he rolled with it anyway. The rum-soaked wood imparts more intense spirit notes than bourbon barrels do. Clark compares the flavor to Grand Marnier, and the marriage of Imperial Stouts and rum barrels to a chocolate-covered orange candy.

7. Gotta have that funk
When he was at Siebel, Clark spent his weekends at the Map Room, drinking Rodenbach Grand Cru. The beer inspired him to play around with wild yeasts and sour beers. His first sour batch was a Raspberry Vanilla Imperial Porter inoculated with three different wild cultures. That small experiment has mushroomed into more than 20 barrels. “It’s all about wondering how far I can push myself and still come out with a tasty product,” Clark says. There’s plenty of room to experiment. Clark dumps Porters and Stouts onto dark fruits. He recently released an India Pale Wheat aged on clementines, and conditioned a Brown Ale aged with local maple syrup. And Clark’s Raspberry Wheat—a style beer geeks love to scoff at—does wonderful things in a funky barrel, he promises.

8. Let it shine
When he’s brewing a hoppy style, Clark says, he wants to really let the hops shine through. His Mystic Mama IPA lets juicy American hops run wild all over a base of 2-row, wheat and Crystal 10. The West Coast blaster convinced Clark to rework his Ohio Pale Ale, too. He dropped the Munich and Crystal 120 from that recipe, and instead bittered his IPA malt bill with Saaz. Late additions of Cascade and Centennial round out the hop-forward Pale. “I do a lot of malty beers,” Clark reasons, “so when I’m doing a beer that’s about the hops, it’s going to be about the hops.”

9. Take a shot
Jackie O’s recently expanded from two fermentors to five, eliminating a bottleneck in its production process. The new tanks are allowing Clark to broaden the pub’s tap lineup. The first project is a line of Belgian offerings made with local fermentables. Clark had brewed ales with Belgian malts and candi syrups before, but until now, he hadn’t had the capacity to handle Belgian recipes. He’s currently playing with a Tripel brewed with local honey and a Dubbel made with Ohio maple syrup, and he has his sights set on a Quad brewed with nuts. Clark had never brewed Belgians at home either, so this is his first go at the style. “Wanted to take my shot at it,” he says. “It’s exciting. It’s definitely been a challenge, but one that’s fun to take.” ■ 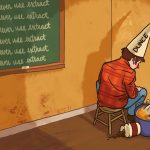 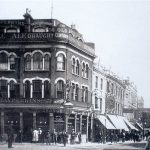