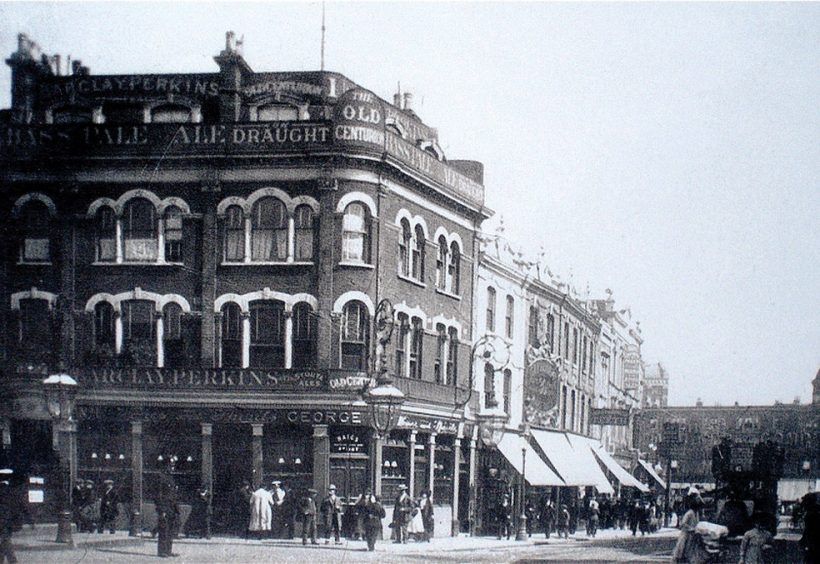 Stumbling into a London pub in August 1914, what should you order? Time travel being theoretically possible, I frequently ponder such questions. Don’t want to look a prat at the bar. There aren’t any pump clips to help. Weekend excursion to Edwardian London? Here’s a handy cut-out-and-keep guide to the beers you’ll find. Note: The first name is what you should order, the second what you’ll find stencilled on the barrel end.

Draft:
Ale (X)
1050º – 1055º, 5- to 5.5-percent ABV
Four Ale, the drink of the common man. Rather too common, if you ask me. The plebs in the public bar love it. Along with Porter, it’s the budget option, at just 2d a pint. It comes in a variety of shades, though in London it’s mostly deep amber or light brown. The use of several different sugars, both in the copper and as primings, give it a rich, luscious flavor. With just 1.25 pounds of hops per barrel, it’s the malt that really shines.

Beer (Porter)
1050º – 1055º, 5-percent ABV
Still popular in London, despite its reputation for being adulterated. Personally, I’d steer clear of it unless you really trust the landlord. You won’t see many under 50 drinking it. Gone out of fashion. Used to be all the rage, but the young’uns prefer their ale. Only about 1.25 pounds of hops per barrel.

Bitter (PA)
1055º – 1060º, 5- to 5.5-percent ABV
For the better class of customer in the saloon bar. With more than 2 pounds of hops per barrel, it really is bitter. Generous dry hopping adds a lovely, earthy Goldings aroma. Between 15- to 20-percent sugar in the grist keeps the body nice and light, and helps highlight the hops.

Burton (KK)
1070º – 1075º, more than 6.5-percent ABV
This would be my first choice: dark, strong and bitter. The Black IPA of its day. If you thought the Bitter was hoppy, this one will blow your socks off. A massive 3.5 pounds of hops per barrel, then another half-pound of dry hops. It’ll have had a few weeks in the cask to knock off the rough edges.

Stout (BS)
1080º, 7-percent ABV
I’d be sorely tempted by a pint of Stout. Full, roasted and pretty bitter between the dark malt and lots of hops. When properly pulled, it has a lovely, thick, lasting head. Three pounds of hops per barrel.

Bottled, there are a few treats:
Guinness Extra Stout.
The proper stuff, all malt (pale, black and amber), loads of hops, OG of 1074º, bottle conditioned. This classic version will only be brewed for two more years. Get it while you can.

Bass Pale Ale.
The classic English Pale Ale, brewed from the palest malt and the finest Kent hops. Fermented in Burton Unions and stored in oak for up to 12 months before bottling, this is a properly matured Pale Ale. 1065º and 6.5- to 7-percent ABV.

Lager, both Pale and Dark.
A bit pricey, despite being brewed in Britain. (If you want the genuine Bavarian stuff, try the Spaten Bierhalle on Piccadilly Circus. They do a great drop of Dunkles.) ■ 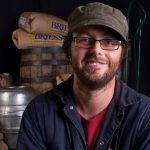 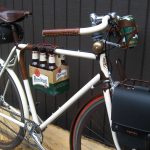