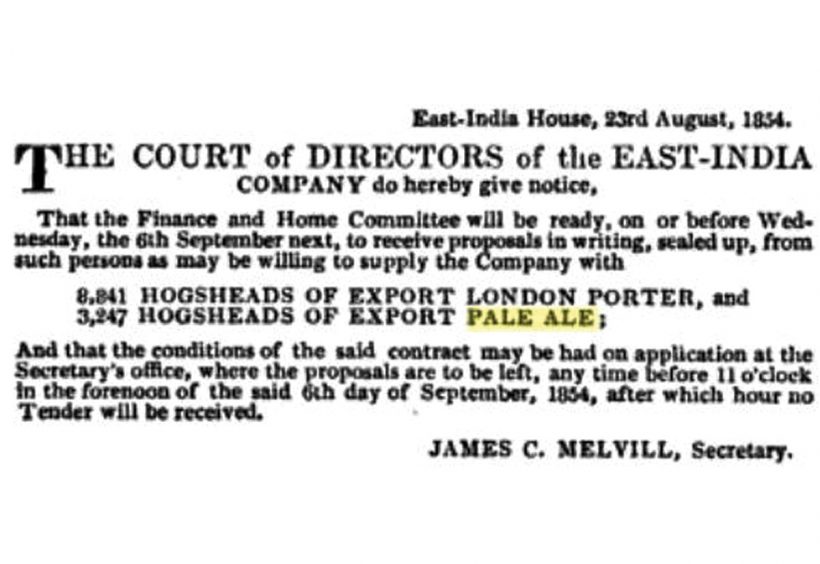 We’ve all heard the (sort of) romantic tale of beer being shipped halfway around the world to quench the thirst of the British in India. The story strikes such a chord that there are still beers that bear the name “India Pale Ale.” But Pale Ale wasn’t the only beer sent to India. It wasn’t even a majority of the beer sent. No, that honor belongs to a beer that’s been lost to history: India Porter.

British military units in India had a big problem. Their men were dying at an alarming rate. Climate and disease played a part, but so did the drinking habits of the troops. They continued to drink what they had during the Napoleonic Wars: rum. What was the solution? Give them Porter instead.

The effect was dramatic. These are the annual death rates of British troops in different parts of India in the first half of the 19th century:

In Bengal, soldiers mostly drank rum; in Madras, Porter. The East India Company, which effectively ruled large areas of India and had its own military units, took notice and began ordering beer. Lots of it. Yes, orders included Pale Ale, but far more prevalent was Porter. Between 1849 and 1857, they issued tenders for 23,511 hogsheads of Pale Ale and 46,363 hogsheads of Porter.

So why have we only ever heard of India Pale Ale and not India Porter? It’s all to do with who drank the different beers. Pale Ale was the tipple of the officers, officials and bureaucrats. Porter was the drink of the ordinary soldiers. Like so much of British history, it’s all about class. It was the middle and upper classes who wrote about their Indian experiences. No one really cared about the tales of the enlisted men.

Porter doesn’t seem to have been greatly valued in India, as this 1851 newspaper report of the Bombay steamer having difficulties shows: “It was found necessary to ease the vessel by throwing overboard some of the heavy baggage and cargo, but the loss will not be great, as the goods consisted principally of some heavy lumbersome casks of Government porter.”

A couple of London brewers cornered the Indian Porter market: Whitbread and Barclay Perkins. Both brewed a special version of their Porter for export to India. Like India Pale Ale, the difference with domestic beers was the hopping. It was no stronger than standard Porter, but contained almost double the amount of hops.

The India trade was very important to Whitbread in the 1850s. In some years, almost 30 percent of their Porter output was exported to India, hitting a peak of 50,000 barrels in 1860. Beer exports declined after the Indian Mutiny and gradually petered out at the end of the 1800s, as breweries were established in India and continental breweries started shipping lager. But as late as 1910, Barclay Perkins was still brewing their India Porter.

There is still a remnant of the Porter trade. In fact, in one respect, Porter has fared better than Pale Ale. Stout is still brewed throughout the tropics, from Sri Lanka to Jamaica … whereas you won’t find a drop of Pale Ale.

Seek out Pretty Things Beer and Ale Project’s East India Porter, Once Upon a Time, for a sample of the long-lost style. ■ 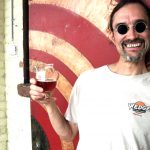 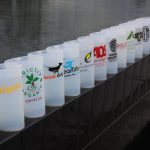 Next: Getting Silly for Silipint
Tags: History, India, IPA, Porter