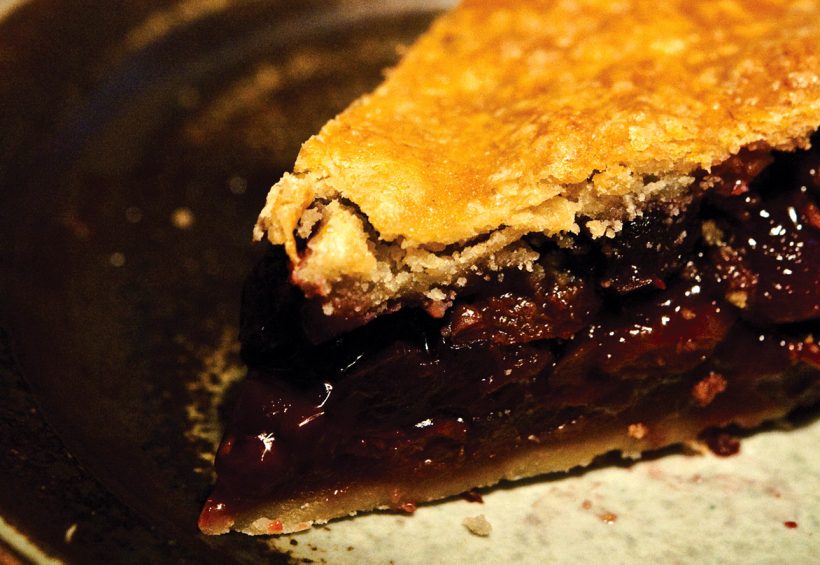 July 24 was Pie n’ Beer Day, according to beer geeks from Utah. So of course this challenged my thinking in terms of how to merge the two. Using the beer as an ingredient in the creation of these pies was the goal. The result? Some of the best pies I have ever had. This pie crust recipe can be used for sweet and savory pies, including any fruit pie, quiche or pot pie creation.

Rodenbach Grand Cru Cherry Pie with Almond Coriander Crust
I love a cherry pie. I love beers that have cherry notes and essences. For this recipe, I chose to mix the two and create the ultimate cherry pie. The touch of almond flour adds another layer to the flavor profile that can typically be found in the cherry pits, enhancing the taste of the stone fruit.

Almond Coriander Crust Directions:
Make the pie crust recipe using the Rodenbach Grand Cru as the beer, and replace the barley flour with almond flour, adding the coriander powder to the flour mixture. Make as directed. Roll out the one disk of dough to fit a 10-inch pie plate.

Rodenbach Grand Cru Cherry Filling Directions:
Place the dried cherries into a small bowl and cover with the Flanders Red-style beer. Let sit for at least an hour, as the pie dough is resting.

Preheat the oven to convection roast (if available) or to 425°F. Meanwhile, pit the cherries into a medium-size bowl, mixing in the sugar, sour cherry jam and salt. Let sit until the dried cherries have plumped up and absorbed some of the beer. Mix the soaked dried cherries into the fresh cherries. In another bowl, mix together the corn starch, tapioca and all-purpose flour. Stir some of the juice from the cherries into the flour mixture, using a whisk to remove any lumps. Stir this into the cherry mixture. Pour the cherry filling into the pie crust, making sure there are no holes or cracks, or the juice will leak into the bottom of the pie dish. Roll out the remaining pie crust as the top piece.

Place the pie onto a baking sheet covered in aluminum foil or a Silpat, and place into the center of the oven. Bake the pie for 15 minutes at 425°F, then drop the temperature to 375°F, while leaving the pie in to cook for another hour and 15–20 minutes. The goal is to see the pie filling bubble and come to a temperature of at least 200°F, causing the thickeners to react and thicken the pie filling.

Once this temperature is reached, remove the pie from the oven and let cool for at least 4–6 hours, allowing the filling to set and the pie to chill. Serve a slice of pie straight, with a simple whipping cream or vanilla bean ice cream, and pair with an amazing Kriek.

Chocolate Coconut Porter Cream Pie
This pie was inspired by one of my wife’s favorite pies: chocolate cream pie. It is classic, traditional and elegant in its simplicity. I wanted to take this classic base and create more layers of flavor, depth and texture, while incorporating beer as an ingredient into the pie. This pie will be a favorite of those who enjoy pairing beer and chocolate.

Crust Directions:
Make the pie crust recipe using either a Maui Coconut Porter or other coconut-infused dark beer, and roll out a 10-inch pie plate with half the dough. Line the pie dough with parchment paper and add some dried beans to prevent the crust from bubbling. Place the chopped chocolate into a small bowl and melt over a small, simmering pot of water, and melt. Once the crust is baked and cool, using a pastry brush, paint the melted chocolate over the inside and up the sides of the crust, coating in an even layer. Place in the refrigerator to chill the chocolate.

Coconut Custard Filling Directions:
Bring the coconut milk, cream and flaked coconut to simmer in a medium-size saucepan over medium-low heat. After bringing the mixture to a simmer, let it sit to infuse more coconut flavor into the coconut milk, and let cool slightly, about 10 minutes.

Chocolate Coconut Porter Pudding Filling Directions:
In the bowl of a double boiler, mix cornstarch, salt, sugars and cocoa powder with a whisk and place on top of a pot of simmering water. Slowly stir in coconut milk and Coconut Porter, mixing till combined. Whisk occasionally until mixture is thick and coats the back of a spoon, about 15-20 minutes total. Add chopped chocolate and remove from the heat, stirring until the chocolate is melted and incorporated into the pudding.

Malted Whipping Cream Topping Directions:
Preheat the oven to 350°F. Place the coconut flakes onto a sheet tray in an even layer and place into the center of the oven. Toast the coconut until it turns a golden-brown color, stirring every 4–5 minutes to brown evenly. Remove from the oven and let cool.

In a large bowl, place the cream, DME, sugar and vanilla. Using a whisk or electric mixer, whip the mixture to semi-firm peaks, being careful not to over-beat the cream. Evenly spoon the whipping cream over the top of the pie. Using an offset spatula, even out the top of the cream. Garnish with the toasted coconut and serve. It is best to keep this pie refrigerated, as it could spoil if left out—assuming it lasts that long.

Pie Crust
When measuring out flour in a traditional measuring cup, you must adjust the amount according to whether or not the flour has been sifted. In this recipe, I recommend using a small kitchen scale to weigh the flours to get an accurate measurement.

Directions:
In the bowl of a food processor, add the flours, sugar and salt; fit with the lid and pulse a few times to combine the ingredients. Remove 3 tablespoons of this mixture and set aside in a small bowl. Add the cubed butter in an even layer across the flour mixture, seal with a lid and pulse in short bursts, until the butter and flour have become small pea-size pieces. Add the remaining 3 tablespoons of flour and lightly pulse to combine. Drizzle in the ice-cold beer* or vodka evenly across the mixture and lightly pulse together, until just combined, being careful not to overmix.

Divide the pie dough into two equal-sized portions and wrap in plastic wrap, forming into the shape of a disk. Place in the refrigerator for 1–2 hours, letting the flour evenly absorb the beer.

Remove one of the pie disks from the refrigerator, unwrap and place onto a lightly floured work surface. Using a rolling pin (or a 22-ounce cold bottle of beer), roll out the dough to a 12-inch round circle. Starting at the farthest edge, carefully roll the dough around the rolling pin toward you and then unroll the dough into a pie plate, skillet or sauté pan.

If pre-baking a pie crust, preheat the oven to 375°F. Line the pie shell with a sheet of parchment or wax paper and add enough dried beans, rice or pie weights to fill 3/4 of the size of the pie plate. Bake the pie crust until it’s a golden pale color, similar to a Pale Ale, about 16–20 minutes. Remove from the oven and place on a cooling rack. Once cool, remove the pie weights and paper.

*Depending on the type of pie being made, the beer can differ, adding various unique flavors to the crust and, ultimately, the pie. Here are a few suggestions: Flanders Red Ale blended into the crust for a cherry pie; Chocolate Stout crust for a chocolate cream pie; Hefeweizen crust for a banana cream or a lemon meringue pie; a barrel-aged brew to make a malt-forward crust for a pecan (or other nut) or apple pie; or Brown Ale or Mild crust for a fruit pie or a coffee pie. ■ 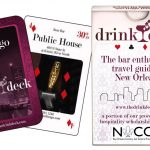 Previous: How About a Game of Solitaire? 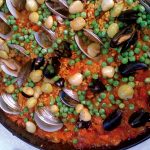