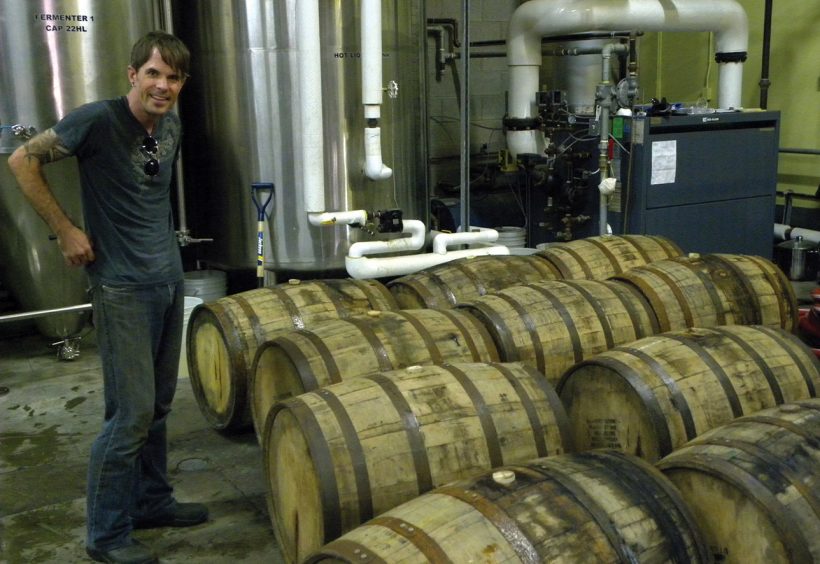 The jump from employee to owner-brewer is an expensive one. But for Jason Meyer, co-founder of Driftwood Brewing Company in Victoria, British Columbia, the really hairy stuff came in the months after his brewhouse got cranking. At the height of the 2008 financial crisis, Meyer and his partner realized they weren’t going to have enough working capital to stay open. “There we were, we’d finally done it, we were selling beer, and we were terrified we didn’t have enough money to keep going,” Meyer recalls. “It’s hard to keep a smile on your face under those circumstances. By miracle of pure luck, our bank loaned us more money. To this day, I still don’t know why they did that. If they hadn’t, we wouldn’t be having this conversation. There’s a lot of hard work involved, no question, but it’s also a little bit of luck. It’s all very scary, but it’s also very motivational, because when you have everything to lose, you tend to work harder.”

1. Let inspiration resonate
When Jason Meyer was growing up, beer was yellow stuff that came from a factory. That all changed when his grandfather started homebrewing. “Beer was an industrial product,” Meyer says. “It never occurred to me that it was something that you could make at home.” Meyer took up his grandfather’s hobby. He dove in head first, and the hobby eventually turned into a career. “There was something about the fact that he made it himself that really resonated with me,” Meyer says. “I wouldn’t be doing what I’m doing if he hadn’t taken it up himself.”

2. If you can’t buy it, brew it
Meyer credits an Edmonton homebrewing club with teaching him how to really brew. “We gravitated to styles we simply couldn’t get commercially,” he says—Belgians and big IPAs, and exotic styles like Gose. “In some cases, we were brewing styles we’d never experienced commercial examples of.” When one of the club’s members, Neil Herbst, made the jump and founded the Alley Kat Brewing Company, he brought Meyer along as the brewery’s first employee.

3. Make a pilgrimage
There was no straight line from Meyer’s first commercial job to his own brewery. He left Alley Kat and the industry for a better-paying stint in Alberta’s oil fields. The oil job funded a trip to Europe, where Meyer toured the continent’s classic Belgian, Czech and German breweries. That trip cemented Meyer’s commitment to brewing. When he returned to Canada, he slung beers at a local bar, where he persuaded the owners to start carrying Lighthouse Brewing Company’s beers. In doing so, he also convinced Lighthouse he knew his stuff. They hired him from behind the bar a year later.

4. Create something
Meyer met his Driftwood Brewing partner, Kevin Hearsum, at Lighthouse. Meyer spent four years at the Victoria brewery; toward the end, both he and Hearsum felt like they’d hit a ceiling. Lighthouse taught Meyer the realities of brewing on a commercial scale, but it didn’t satisfy his creative itch. He and Hearsum needed their own place to do that. “All the while, through all my travels, through all the work I did, I always homebrewed,” Meyer says. “The creative juices were never flowing when I was working for the other guys. So I was that guy who brewed for somebody commercially five days a week, and then I’d go home and homebrew every weekend.”

5. Stand out in a crowd
Driftwood launched with a Northwest Pale Ale, a Belgian Witbier and a malty Saison brewed with a partial sour mash (though they no longer use the sour mash in the recipe). Meyer wanted to fill in some of the gaps in his market, rather than just trotting out the same familiar styles. He wanted to stand out. “I always enjoyed the heretical nature of Belgian brewing, the bizarre fermentation temperatures, using the fifth ingredients, using raw grains,” he says. “It felt a little naughty compared to those clean English and German styles.”

6. Go big. Really big
Singularity, Driftwood’s bourbon barrel-aged Russian Imperial Stout, is the biggest beer Meyer can legally brew, at 11.8 percent ABV. If he went any bigger, he’d have to get a distiller’s license. He doesn’t see the point in stopping shy of his legal limit. “Imperial Stouts and Barleywines are the biggest of the big styles, so you might as well make them as big as you can,” he reasons. “Why would you make a Stout or a Barleywine that’s 8 percent alcohol when you can do 12? I’d always go for the bigger end of the scale. These beers are supposed to be massive! The bigger, the better. Go as big as your brewhouse can produce.”

7. Enter the race
“The IPA thing is kind of like an arms race,” Meyer says. “Everybody keeps turning up the volume.” Meyer says the Driftwood crew began brewing Fat Tug, their entry in the arms race, at least as much for the benefit of their thirsty brew crew as for the outside world. At 7 percent ABV and 80 IBU, Fat Tug inches toward the Imperial IPA line without crossing over. The beer is brewed and dry-hopped with loads of Centennial, Cascade and Amarillo hops, and enough Carapils and Carastan malt to make the beer stand up straight. “If you’re going to knock someone’s lips off, you’d better coat it with a little bit of sugar,” Meyer says. “Otherwise, it’ll just strip the enamel off someone’s teeth.”

8. Hit all the notes
While Fat Tug uses Centennial to dance around with citrusy hop notes, Driftwood’s flagship Northwest-style Pale Ale is Amarillo through and through. “You get heavier, pastier fruit from Amarillo. Amarillo is like jungle air. It’s thicker and more intense.” Meyer says it was important that his Pale and IPA showcase two distinct hop profiles, rather than being variations on the same theme. “The struggle for all Northwest brewers, if we choose to stick mainly to the hop varieties of the Northwest, is, how do you produce a varied range of beers that don’t all just taste like Cascade?”

9. Act like a local
Meyer says it’s only natural that Driftwood beers should showcase plenty of classic Pacific Northwest hops: They taste like home. Seasonal recipes like Sartori Harvest IPA, which is brewed with locally grown malt and fresh local hops, consume all the raw materials Meyer’s local farmers can grow. He’s also adamant about using Victoria’s soft water filtered, but not Burtonized. “We are a Northwest brewery,” he says. “We want the beer to taste like it came from here.” ■ 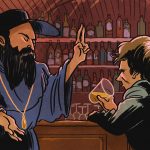 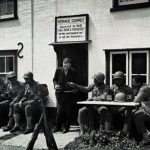