The Rise of the Tasting Room 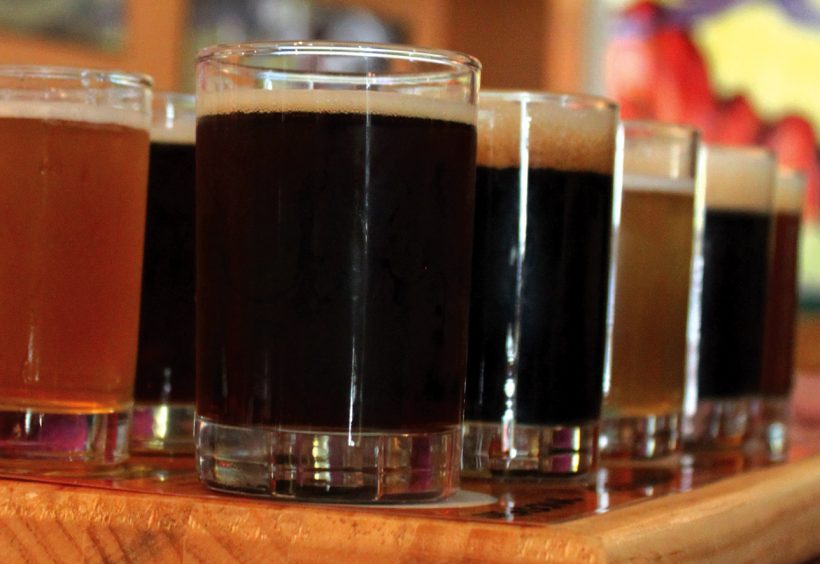 There used to be a rule in the brewing world: If you wanted to meet people and interact with the public, you opened a brewpub. If you wanted to brew the best beer possible, minus the hassle of the unwashed masses, you opened a microbrewery. For years, conventional wisdom suggested that brewpubs offered a guaranteed outlet for your beer at a maximum profit, with a mutually dependable business—and the captive nature of the house at least meant brewers could experiment more. A standalone micro, on the other hand, required less startup capital and lower overhead, but there was less opportunity to connect with the beer world, and they faced an uphill battle finding places to sell and pour their beer.

Then, somewhere along the way, some smart folks took a cue from the booming wine industry, and tasting rooms began to proliferate. What defines a tasting room, or “taproom”? The experience differs from place to place. Take two examples from the Los Angeles region: The Bruery’s old mahogany bar shows off owner Patrick Rue’s lawyer roots and his escape from that fate, while ex-custom mechanic Brian Lethcoe’s space at Nibble Bit Tabby Brewery conveys beer filtered through the SoCal car culture. So at the most basic level, a brewery’s taproom is a reflection of its brand and personality. But there’s definitely more to it than that …

Meet the People
Most agree that it’s the passionate, diverse swath of people who make the craft beer world so amazing. It’s no surprise, then, that brewers are excited to connect with their fans. Dan Love, co-founder of Mother Earth Brew Co. in Vista, Calif., says, “The craft beer industry has the best customer experience going. We love the interaction and support we receive from our regulars.”

Ron Jeffries, owner of Jolly Pumpkin in Michigan, says he regrets not including a taproom in his business plans. “We should have opened with a tasting room,” he says. “It would have helped tremendously in our first few years. I think our entire history and company would be very different if we had put one in from the beginning. I think for a start-up, they can really help with cash flow, and build an identity and loyalty for one’s beer and company in the minds of the folks that visit.”

In marketing, connecting a face to the “brand” means something. How many of you can picture Vinnie Cilurzo of Russian River, or Jim Koch of Boston Beer Co.? But for the small guys who can’t afford national publicity and TV commercials, that connection and personal brand management becomes a physical reality with their taprooms. Rue says that he “felt it was important to have our customers be able to visit us and enjoy a few of our beers in the place where they were made.”

Ting Su, co-owner of Eagle Rock in LA, finds that taprooms provide a forum for beer education. “With Los Angeles’ burgeoning beer culture at the time that we were starting up, we also wanted a venue to educate people about all things craft beer and to create a space for the beer community to gather,” Su says. She has since spearheaded efforts with her astoundingly popular monthly “Women’s Beer Forum” that regularly attracts over 70 women for classes that focus on “beer,” not the condescending notion of “chick beer.”

And now, thanks to the booming food truck trend, taprooms can offer their patrons some grub while they hang out. Pretzels and peanuts are great for snacking, but we all understand the power of not only pairing food with beer, but the importance of eating to a responsible night of imbibing. “We firmly believe in supporting local small business,” says Su, “and you don’t get much smaller than a food truck.” She says she loves the symbiotic relationship they’ve developed with local food trucks; since they rotate the trucks to keep things fresh, Eagle Rock is constantly drawing fans of the new trucks to their taps. It’s a surprisingly effective cross promotion with absolutely lovable chaos when the grilled cheese truck rolls up, creating a mini festival right there in the parking lot.

Cold Hard Cash
Brand building and connecting with the community may be major bonuses, but you can’t dismiss the money factor. Walk into your local beer bar, and odds are good you’ll put down a fin for a cold pint. But how much of that five-spot makes it to the brewery? Let’s say, on average, a small micro in Southern California sells a half-barrel keg for $150. The bar covers the cost of the keg in 30 pints, leaving another 94 pints to cover expenses and make a profit.

Take that same 124 pints, and put them on tap at the brewery taproom (assuming the price stays the same—no need to compete with your own retailers). Suddenly, those extra 94 glasses of money come the brewery’s way. That’s a total of $620 per keg, a 300-percent increase.

“The revenue generated in the taproom has allowed us to expand our brewing operations much sooner than had we relied solely on sales to wholesale accounts,” says Su. And because Patrick Rue is already paying the rent and utilities on The Bruery’s space, he views a tasting room as a low-cost venture for the impact it brings.

Of course, assuming they’re the bar staff, this all means longer hours than most startups. On days when the taproom is open, you might see your favorite brewery’s staff rolling in at 7am to brew and not leaving until 11pm after cleaning up. That doesn’t even include time spent setting up classes, festivals, appearances and keg deliveries. But with some luck, the extra revenue can pay for the staff to take over. In another act of poaching from the brewpub advantage list, brewery taprooms can sell growlers. Every growler sold is another four glasses worth of beer money. Now if only the government would relax the growler laws so I don’t have to carry 20 different bottles in my car …

Research!
Brewers tend to be creative folks. But running a business means consistency in the product is key, which often leaves little room for experimentation. Unlike the brewpub brewer, who brews small and has a guaranteed retail channel, microbrewers take a giant risk when they stray from their core lineups. The taproom becomes brewers’ research & development lab: Make a tweak to a small batch, watch the reaction and learn.

Eagle Rock uses their taproom to try out new ideas, giving birth to hits like their Ginger Saison (60 percent of the brewery staff is red headed). They use additional infusions, dry hops, barrels and other flavorings to up the variety and keep things fresh.

The Bruery’s Mischief, a Belgian Strong Pale Ale, is another taproom success. “We had several versions on tap at the tasting room over a period of a few weeks, and had our customers vote on which one they liked the best,” explains Rue. “The hoppier version of the beer won out, and now Mischief is our best seller. Thank you, customers!”

Mother Earth Brew Co. used their first six months in business to experiment and find their core recipes based on customer feedback. Says Love, “Craft beer drinkers don’t mind sharing honest words about beer, and we encourage them to tell us what they think.”

The Sticky Red Side of It
Of course, anything involving the public, politicians and potables could get messy. The already complicated paperwork for brewing permits becomes worse when you want to add a public-serving facility. Both Nibble Bit Tabby and Eagle Rock had to navigate a giant city bureaucracy that was clueless about brewery licensing. The city was dead-set against Lethcoe’s tasting room for a full year, while Ting says the red tape took “four to six months, approximately half of my soul, and a few permits.” And that was before the landlords of a nearby retirement community threw up a last-minute challenge claiming that the brewery would attract a “gang element.” (The brewery eventually prevailed, of course.)

Even San Diego, which has a history of supporting the local brew scene, has seen problems. Last August, zealous county health department employees began shutting down tasting rooms across San Diego for missing permits. The state almost immediately stepped in and informed the county that a tasting room is not a bar, and is not under county control. The state Legislature then expanded the law that exempts wineries from local health code regulations to microbreweries.

Another trend to monitor is the addition of guest taps. A few places, like Eagle Rock, have quirky permits that allow them to pour other breweries’ beers. It’s perfect, from their point of view, since it educates, informs and supports others. So despite the extra long hours, costs and political nightmares, the tasting room is here to stay. Because even in this day and age of social media coordinators, public appearances, festivals and tastings, it’s hard to beat the connection built one handcrafted, hand-pulled glass of beer at time. Find your nearby brewery and enjoy that voodoo spark passed from brewer to drinker—that’s the power of good beer.

Editor’s note: Before this story went to press, Nibble Bit Tabby announced they’ll be closing their doors at the end of October. ■ 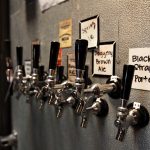 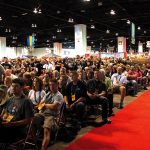