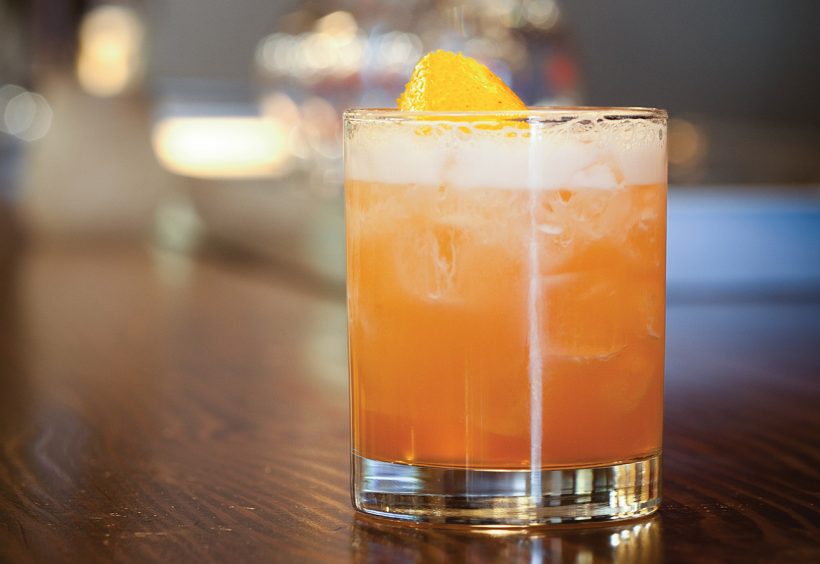 Beer cocktails aren’t exactly the toast of the imbibing scene … yet. Still a question mark in the minds of many mixologists and brewers alike, beer cocktails—that is, using beer as an ingredient in traditional liquor cocktails—are almost on the fringe of what’s happening behind the bar. But as innovations in craft beer yield new styles and ever-more complex flavor profiles, the most creative mixologists in the country have added beer to their palette, and the results are packed with inimitable flavors and textures. Here are six cocktails that showcase the craft beers that make them so delicious.

As we developed our beer cocktails, we focused on the original definition of the cocktail as a beverage composed of spirits, sugar, water and bitters. Instead of creating a beer-forward drink, we used beer as one of those ingredients. The challenge was to balance the weight and richness of Belgian beers with the spirits and other flavors. These beer cocktails are malty yet refreshing concoctions that can be enjoyed alone or paired with a meal.

You may have heard of Manneken Pis, the little-boy statue in Brussels taking care of business. But the Manneken also has a little sister, Jeanneke, and a four-legged friend, Zinneke, and they inspired the idea to develop three cocktails named after those iconic statues. Featured here is our bestseller, the Jeanneke.

Mix ingredients together. Ice and shake. Serve on the rocks with orange zest.

Mix the honey with the hot water. Lightly toast coriander seeds and cloves in a dry pan. Add to honey syrup while still hot, and let sit for 20 minutes. Filter into a squeeze bottle for easy use.

The inspiration for naming our next cocktail, The Unknown End, came from venturing into the dark and dreary alleyways of Brugge and Brussels. Every time someone recommended that we walk through one of those squeaky gates, we found a hidden treasure at the end—from the bar that was serving Westvleteren to a brewery featuring its Beer of the Month, those dark alleys always had a delightful surprise at the end. Mix ingredients together. Ice and shake. Strain over four sexy cubes (1-inch ice cubes) and garnish with an Amarena cherry.

Beer isn’t just a product—it’s a flavor. And with the wealth of beer available now, those flavors are virtually limitless, especially when mixed with the other flavors in spirits available at your local bar. We try to use the bounty of high-quality, locally produced spirits as much as possible in our beer cocktails. These cocktails are not the Boilermakers of the past.

There is a natural, familial connection between whiskey and beer. At the heart of that relationship is the intermingling of the malts, which this cocktail plays on. The blackberry whiskey adds sweetness to the sour provided by the La Folie, and brings the deeper dark fruit, apple, earth and wood flavors forward. Stranahan’s is an all-barley whiskey and has a very distinctive malt-driven caramelized finish that shines through at the end. Combine spirits in a cocktail tin, shake vigorously for 15 seconds, double strain into a goblet (pictured) or Collins glass. Pour in chilled beer, creating 2 inches of lacing on top.

Just like any reputable mole sauce, this cocktail is all about layers of bold flavors. The slightly sweet Imperial Stout provides the foundation to hold up the herbal interplay between the agave spirit (floral, honey and alcohol) and the Alpine liqueur (coriander, orange zest and over a dozen alpine herbs and flowers), creating a light cinnamon nuance. The chipotle peppers add some heat, popping across the finish and lingering into the next sip. Combine spirits with ice in a mixing glass, stir to mix and chill, and strain into a clean mixing glass. Then add the crushed chipotle powder, and stir vigorously to completely incorporate spirits and spice. Strain into a goblet or an hourglass Pilsner glass (pictured). Pour in chilled beer, creating 2 inches of lacing on top.

We are huge local beer fans here at Starlite, and you can’t get much more local than Pretty Things Beer and Ale Project. The alcohol in this cocktail is a take on a very popular cocktail called “The Last Word,” believed to have been created during Prohibition. The Last Word is a very well-balanced cocktail. The sweetness and spice, especially with the inclusion of Bols Genever and Yellow Chartreuse, blends perfectly with Jack D’Or’s profile of fruit, dryness and tart. While you could try this cocktail with other Saison or Witbier styles, our recommendation is Pretty Things’ Jack D’Or every time. Shake and serve in a double rocks glass. Top with Pretty Things’ Jack D’Or. Garnish with a cherry.

Again, we love local beer over here at Starlite. And as much as we love local beer, we love rum! KillDevil is a Starlite original cocktail. Seasonal flavors were a big inspiration in this drink. When we think cold weather and rum, we think molasses. Molasses is a perfect pairing with the balanced malts and dark chocolate notes of Lubrication, an American Black Ale brewed by Clown Shoes in Massachusetts.

While we love the KillDevil cocktail with Lubrication, you could substitute the Black Ale for a Coffee- or Chocolate-flavored Stout. The liquor ingredients in this recipe make it an incredibly versatile cocktail when it comes to the style of beer that you top it with. Build in a mixing glass and shake ingredients vigorously. Strain into a Collins glass without ice. Top with roughly 4 ounces of Clown Shoes Lubrication.

Add all the ingredients together in a saucepan. Cook on high temperature until all the brown sugar and molasses has dissolved. Lower the temperature and cook for 5–8 more minutes. Strain out cloves, cinnamon sticks and allspice berries. Chill, and get after it. ■ 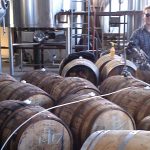 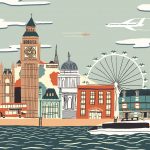