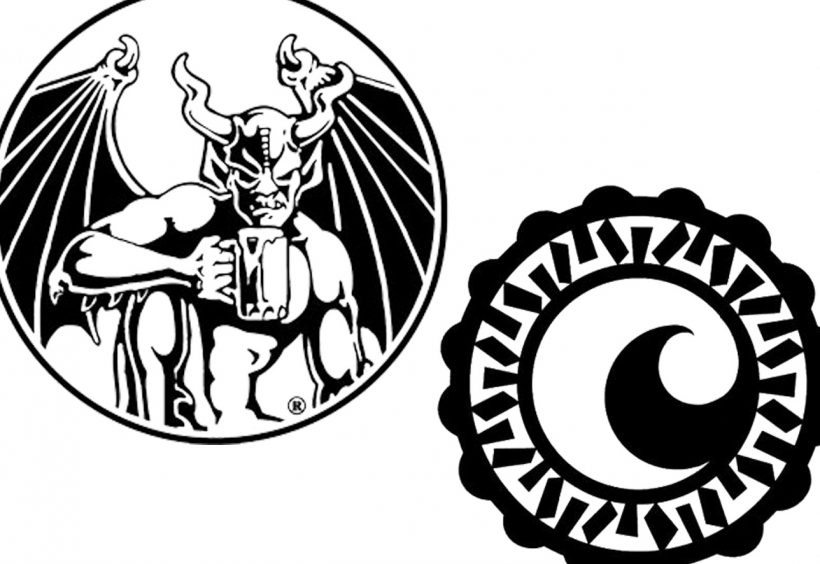 “A logo is a business suit. It is the way a business dresses itself.” So writes Alex White in Really Good Logos Explained.

There was a time, before today’s craft beer boom, when startup breweries had more room to experiment with their branding. Many took a shoot-from-the-hip, DIY approach.

Randy Hudson, who founded Cisco Brewers in 1995, designed the brewery’s logo with his wife, Wendy. “It started from some random fabric designs I had made in college,” Hudson says. “The angular shapes created a ring that looked like Norse runes, also the first tattoo I got 22 years ago.”

Stone Brewing’s Greg Koch agrees there was more leeway for breweries just launching their brands in the ’90s. “At the time [we created the gargoyle logo], the world of beer didn’t have a lot of existing imagery,” Koch admits. “It was kind of a blank canvas.”

With that canvas much more filled today, breweries must work a lot harder to make their logos stand out. For many, this means turning to professional design firms.

“You can no longer just rely on ‘that friend who draws pictures’ to brand your brewery,” says Oceania Eagan, creative director at Taphandles, a Seattle-based beer-marketing firm. “Breweries trying to get away with an unprofessional look simply won’t succeed. Ten years ago maybe, but the impression that craft equals crafty and professional equals corporate is an old mentality that just doesn’t apply anymore. There are too many options now, and too many people doing it right.” Bold City’s first logo was designed by a local student. Then they hired a graphic designer who developed their concept into the logo they use today (right).

It does seem like the game has changed. In 2008, Susan Miller co-founded Bold City Brewing in Jacksonville, Fla. Miller says they hire the Robin Shepherd Group, a marketing and advertising agency with offices in Atlanta and Jacksonville, to design each of their distinct beer logos. “We come up with the premise for the brand, and they create the art to represent our ideas.”

Breweries like Cisco and Stone had years to develop their brands without the kind of competition that upstarts face in today’s market. But now, breweries aren’t just consulting design firms—they’re hiring professionals before they even open their doors.

Monday Night Brewing, which opened in 2010, is one example. “We spent over five years before launch blogging about our plans, progress, and trying to figure out who we were and how to talk to people about who we were,” explains Jonathan Baker, a co-founder of Monday Night.

Sean Lilly Wilson, of North Carolina’s Fullsteam, also founded in 2010, had a similar strategy. “Before launch, our approach was to develop the beers and the branding in tandem,” Wilson says. “Right here in central North Carolina, Mystery Brewing Company and Haw River Farmhouse Ales are branding themselves well, developing a fan base and lining up future accounts as they prepare to launch.” The first logo for Fullsteam was designed in-house in early 2009, and tweaked later in the year. In 2010, it was revamped again to become this current incarnation (right).

This level of pre-planning was simply not something that breweries worried about a couple decades ago. “The big craft brands today have been built,” says Eagan. “They are not just a logo or image, but a combination of ideas that are thoroughly considered and crafted.”

Take the decision by New Belgium, the third largest craft brewery in the US, to completely change their logo in 2006. Until the change, their logo had been a beer-filled Belgian-style glass within a red circle. But, as their creative director, Melyssa Glassman, explains, some branding research compelled a reevaluation of the logo’s effectiveness among consumers.

“We did a study and learned that there was a high awareness of Fat Tire, our flagship beer, but a low awareness of New Belgium the brewery. By incorporating the Fat Tire bike into our logo, New Belgium itself became more easily recognized.”

In retrospect, the need to switch seems obvious: The old logo was not nearly as personal, relevant or creative as the new one. What’s important to note, however, is that New Belgium first needed many, many loyal brand followers before it could study them to learn what needed changing. It took years of development in both the craft beer industry and New Belgium’s marketing to create a fan base that identified certain images, like the Fat Tire bike, with such interest and passion. New Belgium replaced their original logo (the beer glass) with one that features their iconic Fat Tire bicycle.

“The number of breweries and breweries-in-planning puts added pressure on newcomers to stand out,” says Fullsteam’s Wilson. “Dogfish Head, Stone and New Belgium have evolved their branding over a number of years. New breweries don’t have that luxury, and have to somehow compete against these stalwart craft brewers that have had a decade or two to figure it all out.”

So, what has been figured out during these past couple decades? At first glance, branding seems to vary quite widely from one craft brewery to the next. However, the most successful brands and logos seem to all share one thing: a very personal, intimate connection to the brewery behind them.

Take New Belgium’s current logo. As Glassman points out, “Our logo became an embodiment of our culture and values. Our co-founder transferred his homebrewing passion into craft after a bike trip through Europe. We support sustainability through nonprofit bike organizations and events. Employees even get a free cruiser bike after a year of work at New Belgium. This was all true before our logo was a bike.”

Sam Calagione, founder of Dogfish Head, also drew inspiration for a name from an emotional connection. “Our name is a reference to Dogfish Head in Maine, a place that means a lot to me and my family. Our entire branding approach comes much more from our love for beer than our love for business.”

Eagan, with Taphandles, says authenticity makes a huge difference where branding is concerned. “The breweries that are authentic and true to themselves will be the most successful. In craft, people see through fabricated stories instantly.”

To some extent, injecting such personal touches into branding is a departure from the days when literal imagery, like beer glasses, were go-to logos for breweries. But with so many people brewing beer these days, a generic beer-related image just wouldn’t stand out. Left is Monday Night’s earliest attempt at a logo, which they dropped for the newer design in 2009.

“We deliberately shied away from images of beer bottles or pint glasses,” says Baker, from Monday Night. “There’s no need to bash consumers over the head with the fact that we’re a beer company.”

What Monday Night did instead was try to communicate what the people behind the company are all about. “Your logo is a crucial part of your story, but it is subordinate to your actual story. We chose a symbol that represents us culturally. As white-collar guys, we’re all about the weeknight—coming home after a long day at work and loosening your tie.”

Hilary Lee, Taphandles’ brand project manager, elaborates: “You don’t need a logo that tells every single aspect of your story, but it should help identify your core values.”

Baker and the other founders of Monday Night Brewing actually created their logo themselves; but, as Bold City Brewing demonstrates, hiring outside graphic designers doesn’t preclude a brewery from authentic branding. “Since we’re native to Jacksonville and a family business, most of what we’ve created has come from those two sources. You can see the [Jacksonville] skyline somewhere in each of our brands’ logos. We just go with what feels right and represents who we are and where we live.”

In examining the process behind craft beer branding, what becomes apparent is that the most successful brands are indeed those that defy the random—meaningful, creative logos and images that best evoke a brewery’s ethos and personality.

As craft beer evolves, the branding of it evolves as well, and expectations are high where both are concerned. “And they should be,” argues Fullsteam’s Wilson. “A brewery can make both awesome beer and powerful art. More should. You have one chance to build a legacy. Why would you want your lasting images to be an afterthought?” ■ 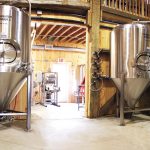 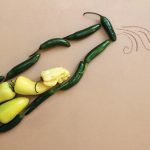