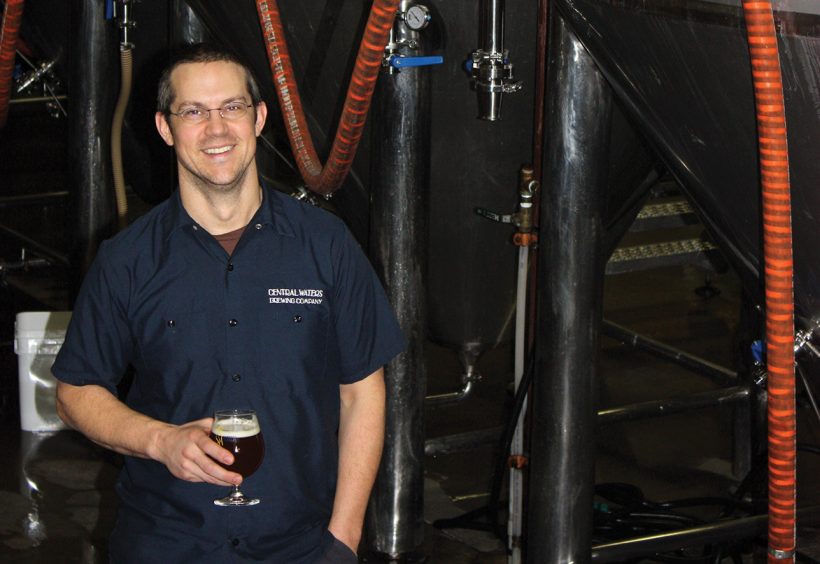 From the beginning, Central Waters Brewing Company has been steeped in a DIY ethos. The brewery’s first brewhouse was hand-fabricated from old dairy equipment, and its first professional setup was installed and wired by the brewery crew, because they couldn’t afford to hire an electrician to do the job. They self-distributed for nine years. To Paul Graham, who began working at Central Waters out of college before buying it from his old bosses, the brewery has adopted the attitude of the rural Wisconsin town where it’s headquartered. “We truly love our jobs,” he says. “We’re not in it for money or fame. We’re in it for the good of mankind, in a way.”

1. Drink differently
“My palate was always different,” Graham says. He hated his first taste of beer—a can of his dad’s Blatz. But Graham immediately connected with craft beer, starting with Summit Brewing Company’s classic Pale. Wisconsin’s Stevens Point Brewery supplied a steady stream of affordable Pales and Ambers when Graham was in college at the University of Wisconsin–Stevens Point. Graham and his friends traded up from yellow, pedestrian beers whenever they could. And when they couldn’t buy good beer, they decided to make it themselves.

2. Keep at it
Graham’s first stab at fermentation came early in college, when he and some dorm-mates dumped Fleischmann’s bread yeast into a jug of unpasteurized cider. That experiment certainly didn’t end well, but it didn’t kill anyone either, so Graham plunged onward. The homebrewed beer that followed was primed with a heaping tablespoon of sugar per bottle. Subsequent batches turned out better, though, and by senior year, Graham and his buddies were brewing on a custom-welded, 15-gallon system, and pouring from a four-tap kegerator. “I remember sitting around the kettle in the garage, thinking, if I could do this for a living, it would be the coolest thing ever.”

3. Take charge
Graham fell into professional brewing almost immediately after graduating college. The founders of Central Waters in Amherst, Wis., needed part-time help, and they reached out to Graham through a homebrewing connection. Within six months, Graham was running most of the brewhouse operations. The jump from the garage to the brewhouse wasn’t all that steep, since Central Waters had been founded on a shoestring budget. They came to a point where the brewery needed cash to grow, and Graham wound up talking his bosses into selling him the business. “I was 23, and I was getting laughed out of banks before they’d read the business plan,” Graham recalls. “I like to remind them of that now.”

4. Make something new
The Porter, Stout and Pale Ale that Graham brews keep his mortgage paid, but it’s the barrel-aging program at Central Waters that keeps his creative juices flowing. Graham started his barrel program in 2003, shortly after taking over the brewery. He does annual releases of bourbon barrel-aged Barleywine, Imperial Stout, Coffee Stout and Cherry Stout, but the bulk of the barrel program is small-scale experimentation—throwing different beers and fruits in barrels, seeing what comes out, and learning from it, good or bad. Patience—and a tolerance for failure—are key. “You’re experimenting with products that might not debut for two or three years down the road,” Graham says. “We’re willing to accept that not every experiment will get sold.”

5. Brew deliberately
The first time Graham tasted New Belgium’s La Folie, he says, “I thought it was awful. But your palate changes over time, and now, I’ve fallen in love with Sours.” Sours now account for a significant portion of the Central Waters barrel room. Graham uses three base recipes for his sour experiments—an American Red, a Belgian Blonde and a Belgian Brown—and ages them on varying cocktails of Brettanomyces, Lactobacillus, Pediococcus and fruit. One recent release, Exodus (a Red Ale aged with Brett and tart local cherries), took four years to go from concept to commercial bottling. “Some beers go from pilot batch to the bottle in two months,” Graham says. “These recipes take years. But they’re really invigorating for all of us here.”

6. Make personal connections
Central Waters is headquartered in rural Wisconsin. It doesn’t have a large customer base right outside its doors, like urban breweries do. Graham’s team grew the brewery with a grassroots approach, distributing their own product and forging direct connections with retailers. “It was years of pounding the pavement in pickup trucks, shaking hands,” Graham says. “We built lasting relationships.” Today, Central Waters distributes across Wisconsin and into Minnesota, Chicago and Philadelphia, but still sells more beer in central Wisconsin, in those accounts it opened itself, than anywhere else.

7. Bridge styles
It’s unusual for a brewery’s flagship to be a dark beer, but Central Waters’ Mudpuppy Porter has been its best seller since the brewery opened its doors. “It’s an easy-drinking, surprisingly refreshing beer,” Graham says. Mudpuppy splits the stylistic difference between Brown and Robust Porters. Northern Brewer and Cascade hops pack a noticeable bitterness, but the beer’s body is light enough to stand up to a humid summer day. Asked if that was by design, Graham replies, “With most of the beers we make, ‘by design’ means ‘what we like to drink.’”

8. Substance over style
Graham acknowledges catching heat from some beer geeks for his Satin Solstice Imperial Stout. It’s a beer for those who want to drink a big Stout, not chew on one. “Everybody wants to know what it is,” Graham says. Since Satin Solstice clocks in at 8.5 percent ABV, and it falls within the guidelines of an Imperial Stout, that’s what Graham calls it, even though the absence of a thick, oily body throws some drinkers off. “You realize pretty quickly you’re never going to please everybody,” Graham says. He shrugs that off. He brews beers he wants to drink, and hopes his customers want to drink them, too.

9. Choose quality
It’s a good thing Graham chose brewing over, say, high finance. “I would’ve been laughed off Wall Street in a minute,” he says. “I lead my business with my heart, not my head. My heart’s always first. I’m not in this business to get rich or famous. Our number one goal is to stay in business, and make high-quality beer. There’s a different mind-frame in this business that we don’t understand. We would never cut corners, because we’re not worried about the profit. It really is all about the beer here.” ■ 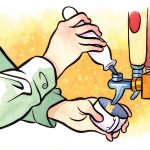 Previous: Not So Espresso 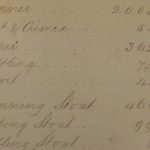