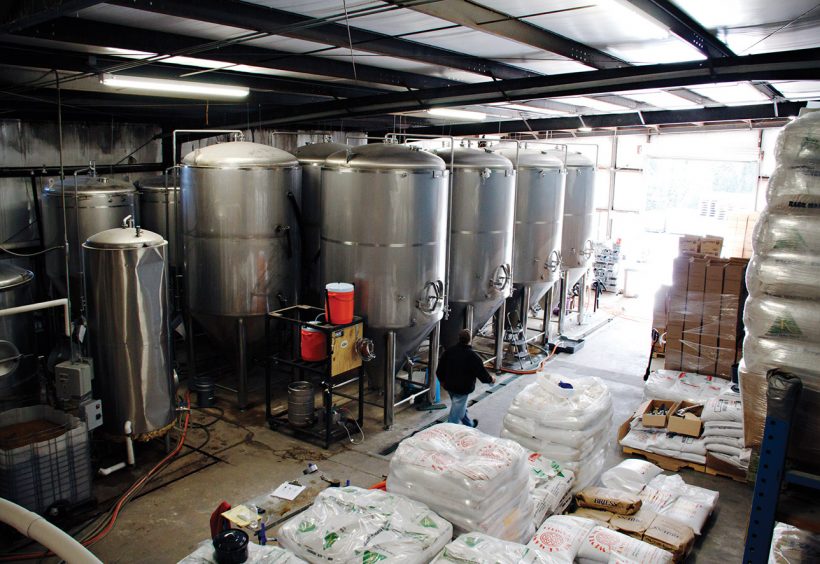 It is illegal in Massachusetts to bring a beer to a patient in a hospital. In Texas, drinking more than three sips of beer at a time while standing is against the law. There are scores of pointless, strange edicts on the books, but the good people of Mississippi aren’t laughing about a particular law regulating alcohol content in beer. In fact, they’re fighting it—and Lazy Magnolia Brewing Company is proud to be on the front lines of that battle.

Raise Your Fists
Lazy Magnolia, located in Kiln, brews a good variety of beers that it deems “session ales”—mainly because it can’t brew anything stronger, since it’s illegal to brew beer above 5 percent alcohol by weight (about 6.2 percent alcohol by volume) in Mississippi. This, needless to say, is a problem.

“I don’t care where you’re at in the country today, IPAs are hot, and you can’t make an IPA in Mississippi,” Lazy Magnolia co-owner Mark Henderson says. “If you’re going to make a beer that is that bold in hops, you’ve got to balance it with some malt sweetness. You have to balance it together for it to be palatable, certainly for it to be excellent.”

Although Lazy Magnolia released its first-ever IPA—Southern Hops’pitality—in March, Henderson’s point stands that brewers in the state are severely limited when it comes to the styles they can brew. The dearth of quality and variety on Mississippi liquor store shelves had area beer geeks driving out of state to purchase better beer (homebrewing is also illegal). But they got fed up. So, following in the footsteps of grassroots organizations from other regions that fought similarly restrictive laws, a group of beer patriots called “Raise Your Pints” decided to take action.

“We are an all-volunteer, grassroots group of a bunch of beer geeks that live in a state with some of the worst laws regarding craft beer in the country—probably the worst laws,” Raise Your Pints president Butch Bailey says. “We got tired of driving to other states to buy craft beer, so we did what Americans do. We organized.”

Raise Your Pints currently has identical bills in the House and Senate that seek to raise the ABW to 8 percent (about 10.1 percent ABV); whichever bill is passed by one of the chambers first will make its way to the governor’s desk. RYP also proposed legislation repealing the ban on homebrewing, but those bills died in committee. Meanwhile, Mississippians look toward Lazy Magnolia for inspiration during oppressive times.

“The biggest thing [Lazy Magnolia] did was simply to be there and make a quality product,” Bailey says. “It’s a dubious distinction. We’re a state with one brewer in the state. Fortunately, the brewer we have is a good one. They make good session ales—that’s all they make because of the law. … What they do for craft beer is phenomenal. They’ve proven that there’s interest here, and that it can be successful here, and that’s made all the difference in the world.”

Weathering Storms
Mark and his wife, Leslie, who is the brewmaster and co-owner of Lazy Magnolia, started brewing around the year 2000, when Leslie bought Mark a beer kit for Christmas. Mark likens the gift to the time his big sister bought him a Cabbage Patch Doll when they were children (“I think Leslie bought that beer kit because she wanted it,” he jokes). When Mark was halfway through brewing his second batch, Leslie decided that Mark wasn’t taking the proper sanitary precautions and she grabbed the reins—she’s been in control ever since.

“Every weekend from then on, she’d brew beer, and I’d make contraptions. I built freezers and wort chillers and all kinds of crazy stuff. Finally, Leslie said if I’m going to make really good beer, I’ll need a brew sculpture. … I said, ‘If you’re that serious about it, maybe we can make a business out of it.’ I came from an entrepreneurial family, and thought we’d try.”

The duo was convinced that it was illegal to brew in Mississippi, and had that fear confirmed by the head of Mississippi Alcoholic Beverage Control, and by everyone else they asked. Only problem was, everybody was wrong. Ronnie Lynch, of the Mississippi Tax Commission, informed the Hendersons that it was perfectly legal to brew beer in Mississippi provided it was under 5 percent ABW, and so they went about building the state’s only brewery.

In 2005, Lazy Magnolia opened its doors. Not long after, it did what every business along the Gulf Coast of Mississippi did—it essentially went out of business. Hurricane Katrina didn’t cause too much damage at the brewery, but it took out most of Lazy Magnolia’s accounts along the shore and displaced most of the brewery’s employees.

“Everybody at the brewery was homeless,” Henderson says. “It took me two years to build a house. I had five semi-permanent residences before I built my house, and I cashed in all of my favors living in those residences.” But the brewery rebounded, and the storm and its aftermath encouraged the Hendersons to expand into new markets when they reopened in 2006; they now sell beer in six states.

Southern Flavor
Leslie Henderson, homebrewing veteran and a graduate of the American Brewers Guild, is Lazy Magnolia’s brewmaster. The day-to-day task of managing the brewhouse falls on Gar Hatcher. Hatcher, who joined the staff just a month before Katrina hit, oversees the brewing of six batches a day on Lazy Magnolia’s back-to-back brewing systems with one goal in mind.

“Everything is kind of designed toward the Southern palate,” Hatcher says. “We are in an area that is new to craft beer, and we are a lot of people’s first experience with craft beer. As such, we take our educational responsibility very seriously, and that includes not overwhelming people’s palates. It takes time to develop an educated consumer base. When we first started, there wasn’t a Pale Ale on the menu because there wasn’t a lot of demand for Pale Ales in Mississippi at that point. And the Deep South Pale Ale we do right now is at the very low end of bitterness, to suit the Southern palate.”

It doesn’t get much more Southern than Lazy Magnolia’s top seller, the Southern Pecan Nut Brown Ale, which features whole roasted pecans that are roasted in the brewery and added to the mash. “Nobody expected Southern Pecan to really take off, but it’s the only one of the original four [beers we started with] that we still make,” Hatcher says. “We’ve had people who don’t like beer who like it. … It’s a real surprise, but we’re glad it’s going strong.”

Lazy Magnolia isn’t afraid to abandon purity laws, as it leans heavily on adjuncts to give its beers a distinctive flavor. Jefferson Stout gets a twist with whole, roasted sweet potatoes in the mash, and Southern Gold relies on honey from nearby Ellisville to give the beer a nice dry finish. All of these beers have been designed to suit craft beer neophytes, but Hatcher and the Hendersons are hoping to push Southern beer drinkers’ palates a little further with their first-ever IPA. Southern Hops’pitality was a homebrew competition winner in 2010; brewed by Will Brown, who’s now their mid-shift brewer, the recipe has been perfected over the past year.

For this go-around, the beer is brewed to sneak in just under the alcohol cap, at 6.1 percent ABV … but if Raise Your Pints and Lazy Magnolia have their way, it’s safe to assume that it will be the first in a long line of full-bodied, full-flavored ales coming out of Mississippi.

What He Said
“Mississippi is kind of, unfortunately, a little late to the party as far as the craft brewing thing goes. So we had to introduce people to the idea of it in general. We looked at ourselves as a gateway to craft beer. If people can try ours, then when bigger ones come in, they have a better shot of succeeding.” —Gar Hatcher, production manager, Lazy Magnolia Brewing Company ■ 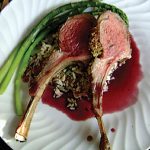 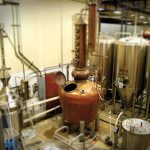