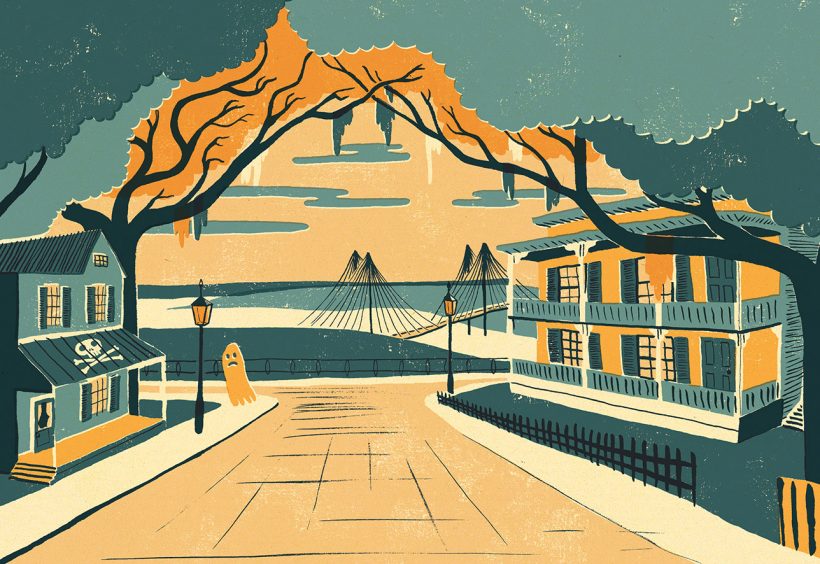 Savannah is a European-influenced city that’s heavy on charm and good times. Stroll the cobblestone streets, explore the notable squares, and, of course, visit the quirky bars that dot downtown—all without having to be beer-less between stops, since open containers are permitted in the 2 square-miles of the Historic District. Talk about beer drinkers’ bliss.

Savannah and alcohol have a colorful past. At the Pirate’s House restaurant, exposed tunnels bring to life stories of pirates shanghaiing unsuspecting patrons. Pinkie Master’s, a local dive bar, is allegedly the spot where Jimmy Carter announced his candidacy for the presidency, and this tale prompts many customers to stand up and shout their own intentions. And anyone who has read or seen Midnight in the Garden of Good and Evil knows that Savannahians love their cocktails and Chablis—now, beer has been added to that list.

The haunted pub crawl is also worth your time, with tales of bareknuckle fistfights and disgruntled ghosts causing a ruckus; or learn about the history of craft beer during the Savannah Suds tour. And the Savannah Craft Brew Fest, held annually during the last week of August, features more than 45 breweries, plus beer talks, dinners and parties all week, building up to the Grand Tasting on Labor Day weekend.

Moon River Brewing Company
Featured in BeerAdvocate issue #62, Moon River is the only brewpub in Savannah. They offer a rotating selection of their beers, like the popular Swamp Fox IPA, plus a few guest taps. On Wednesdays, they tap cask-conditioned ales. Fridays at 6pm, join in the sacred Moon River toasting. And ghost stories run rampant here, making Moon River a stop on many ghost tours, so watch your step.

Crystal Beer Parlor
Beer and history collide at Crystal Beer Parlor, which once stood as a speakeasy and honors the past with a “Beers of Our Fathers” menu, featuring throwback beers like Schlitz and Dixie. The staff loves talking beer, recommending must-try’s and providing samples with a smile. Fifteen rotating drafts, plenty of bottle choices and a huge food menu make this a local’s favorite.

The Distillery
Abiding by their motto (“No crap, just craft”), The Distillery offers 21 revolving taps and upwards of 100 bottles. Though serious about beer, they like to have a little fun, too, with beer cocktails such as the Berry White—a mix of Allagash White and Framboise—and beer floats for dessert. Also known for their beer dinners and rep nights.

Blowin’ Smoke BBQ
514 MLK Jr. Boulevard
blowinsmokebbq.com
Check this place out if a beer garden with cornhole boards, live bands and top-rated barbecue served alongside a carefully curated craft beer list sounds like your bag. While only having four beers on draft, their stocked coolers provide around 40 bottles from regional breweries like Sweetwater, Highland and Abita, all sorted by style on the menu.

Green Truck Pub
The best burger joint in town, this place can be impossible to get a seat at during prime hours, since it’s both small and beloved. Grass-fed beef and craft beer go together like peas and carrots, and their self-described “beer-geeky” blackboard displays the kegs on tap, along with daily menu specials. Most of their food is housemade, from their ketchup to pickles and fries, using fresh ingredients, just like the beers they offer.

Churchill’s Pub & Grill
Savannah loves its history, and Churchill’s evokes memories of the Mother Country throughout its three levels. An inviting rooftop terrace and cozy fireplaces provide the perfect setting to enjoy their delicious food that’s needed to soak up the big, British-laden beer menu. [3.86]

Molly MacPherson’s Scottish Pub & Grill
An inviting local chain recognized for its Scotch flights, Molly’s also has a 50-plus bottle list heavy on European labels like Innis & Gunn, BrewDog and Skullsplitter. Authentic Scottish dishes, live Scottish music and bartenders in kilts all make this a happening spot for your inner highlander.

O’Connell’s Irish Pub
An authentically decorated Irish public house, this pint-sized place has a surprising inventory of frequently changing taps. The dark interior and intimate seating means you can get lost in conversation any time of day.

Jen’s and Friends
34 Bull Street
With 200 different craft beers offered by the bottle but only room for 37 people in this alcove, the priority here is obvious. Signature martinis put Jen’s on the map, but the huge selection of beer makes it worth your while. The most surprising stop on the list, Jen’s will please any superior-beer seeker.

Congress Street Social Club
411 West Congress Street
congressstreetsocialclub.com
A huge brick courtyard is the draw here, plus bottled choices not always available at other bars in town. An outdoor projector screen, photo booth, karaoke stage and pool tables create a fun atmosphere. Bar food, like sliders and tacos, and their 3am (2am on Sundays) daily closing time make this a great late-night stop on your Savannah beer tour.

Mellow Mushroom
It may be a giant chain, but Mellow has 25 taps showcasing many Georgia beers like Sweetwater and Terrapin. The ambiance is laid-back and grub-focused, with a colossal menu that includes calzones, hoagies and plenty of other beer-friendly treats.

Habersham Beverage Warehouse
The best two spots to buy craft beer in town—browse the extensive inventory and create your own six-packs. Over 50 kegs, way beyond the typical domestic offerings, are usually in stock at the Abercorn location. Their website serves as an educational resource with links to breweries from 19 countries, and listing beers that are typically in stock by style, with detailed descriptions.

Savannah Home Brew Shop
The one and only homebrew shop in town, what this place lacks in aesthetics it makes up for in knowledge and inventory. The owner is a member of the Savannah Brewers League and runs specials on products regularly; however, their hours are irregular, so call ahead before stopping by.

World of Beer – Savannah
Still a work in progress, this beer mecca is slated to open in May 2012 and will be the first WoB to open in Georgia. Locations typically provide a selection of over 500 beers, various flights and loyalty cards that equal free gear and your drinks being tracked for you. Every staff member has to complete a rigorous “Beer School,” so go ahead and geek out with questions and recommendation requests. ■ 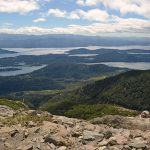 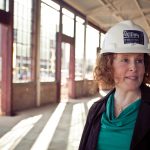