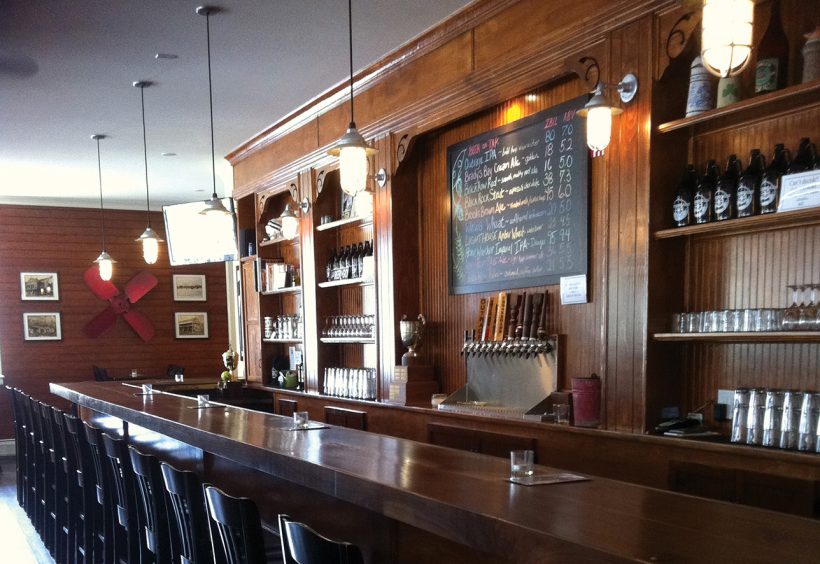 Business partners Janine Bennett and Ken Landin did not take a direct path to where they are now. Their story is a winding one. It starts in Queens. It ends—who knows where. In the middle is a crossroads: Crossroads Brewing Company. For now, though, the small brewery and pub in Athens, N.Y., is where Bennett and Landin try to carve out a niche within an ever-expanding world of small brewers.

A New Home
Landin’s plan to restructure his life never included the renovation of a historic landmark. But not much has gone according to plan. His career as a drywall contractor had steadily drained him of his desire to build for others. Meanwhile, Landin and Bennett were incensed over the state of affairs in the country around 2008, and saw opening a small business as a means of acting against “Wal-Mart America.” Captivated by the blossoming beer industry, the team decided to dive headfirst into a new venture.

Unlike the success stories Landin read about in magazines, it was not to be a seamless transition into the next phase of his career. Bennett and Landin had big plans, but the sputtering American economy had other ideas. “As we were getting down to crunch time, we had quite a few deals fall apart,” Landin says. “We started getting a lot of ‘no’s’ as the economy took a dive. Between Janine and I, we were basically consumed with that. We spent every weekend visiting brewpubs and breweries, and rewriting our business plan trying to figure out how we were going to put it together with no money.”

Several opportunities opened and closed for the pair before Landin saw something in the corner of a beat-up old building: a “For Sale” sign. The structure was once a magnificent opera house, a fixture of the small historical village in Athens, but it had fallen into disrepair. Animals nested in the top two floors of the three-story building. The roof, where it still existed, was crumbling, and the brick exterior was in shambles.

Forget all the normal hassles of starting a brewery—Landin and Bennett first had to rehab a historical landmark after purchasing the building in October 2009. “When we took it, we worked from the top, down, and we sealed all the leaks, fixed the roof, put in windows on the first floor and completely renovated the first floor,” Landin says.

Slowly, and with lots of help from Bennett’s brother, Jimmy, the building morphed from a crumbling eyesore into a community fixture once more. By September 2010, Crossroads was pouring its first beer in the small tasting room that sufficed until the pub was completely renovated.

Local musicians often play in a corner on the first floor, but Crossroads is also working on renovating the second level—the former opera house—to its former glory in order to host larger acts, art exhibits and movie screenings (last year, they hosted a crowd of 70 for a showing of the anti-fracking documentary Gasland). In the meantime, visitors can settle in at the brewery’s impressive bar.

“I guess it’s spectacular in the way that we’ve made it look like it’s been there since 1893,” Janine says. “We took wood that had to be removed for whatever reason and saved it to add to the bar. We took pieces of crumbling cornice work from outside of the bar and incorporated it into the bar. … It has an impact when you walk in.”

Where the Heart Is
Bennett and Landin were virtual outsiders in Athens. Although Landin had a vacation home in the area, which he built himself 22 years ago, and Bennett is originally from the Hudson Valley, the small community was essentially strange to them. Fortunately, that didn’t stop the village from embracing the newcomers.

“I don’t think we’d be doing this if it weren’t for the support we’ve gotten from all of them,” Bennett says, with emotion in her voice. “It’s hard to explain how much we’re a part of the community. It’s pretty much all we live for now, is making this place great and trying to get the village up and moving.”

Part of Athens’ embrace comes from the fact that Crossroads put the local community above all else. The Opera House was once a source of pride for the town, and the new inhabitants are making that true once again. They celebrate that heritage with photographs from the glory days that line the walls inside.

“We worked very hard to make sure they loved it,” Bennett says. “There’s photos all over the hallways and walls—the people come in from Athens, and they’re overwhelmed, kind of like I am right now. They’re very proud of the building. They’re very proud of what we’ve created. It truly helps us keep going. They were incredibly supportive. It’s an incredible village. You have to come and be a part of it.”

That support from the town was crucial. The brewery’s name is not a topographical reference, but a metaphorical one. Both Landin and Bennett were making a change in their lives, and they chose a path that led them to Crossroads Brewing Company. “When I closed on this building, I had 73 cents to my name,” Landin says. “If I didn’t close that day, I was in a lot of trouble. It was a lot of sleepless nights—a lot of stressful nights and a lot of wondering. At least we make great beer now. Our brewer is phenomenal. I really can’t ask for anything better.”

On Tap
The long and emotional journey wouldn’t mean much if Landin and Bennett weren’t able to put out something that people would actually enjoy. Nice stories only sell so much beer. That’s where Hutch Kugeman comes in. Landin and Kugeman met when Kugeman was still working at the Great Adirondack Brewing Co. Several years later, Landin was asking him for input on candidates for brewmaster of Crossroads, and then asked Kugeman if he had any interest. He said yes, and left his gig as a shift brewer at Ithaca Brewing Company to join Crossroads.

“In this case, [at Ithaca], we were a really growing production brewery that was bursting at the seams trying to scramble to keep up with demand,” Kugeman says. “That wasn’t for me. I really missed being at a smaller place where I could experiment with different things. … The more he talked about what he was doing, the more I thought it sounded like a good idea.”

Shortly after Crossroads went into production, the team was winning awards. In 2011, the brewery was named the best in the Hudson Valley at the TAP New York Craft Beer and Food Festival, and its Outrage IPA (their flagship, named for their attitude toward the social and political climate when they opened) won an award for best IPA in the state at the same festival. Kugeman has room to play and experiment with Crossroads’ 10 tap lines, but most of them follow a simple rule: “Mostly, I make beer that I like,” Kugeman says. “I tend to do a lot of full-flavored but drinkable beers.”

The list at Crossroads varies from distinctly brash American beers to delicate Belgian-style ales, but all are tied by a common factor: pride. It is the pride Kugeman feels when he shares a pint with patrons at the pub, and it’s the same pride that makes Bennett choke up when she reflects on how far the brewery has come. It is the pride that comes from choosing a path and staying on it, no matter how many obstacles suggest that you shouldn’t. 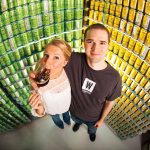 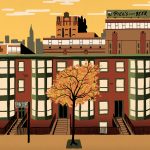