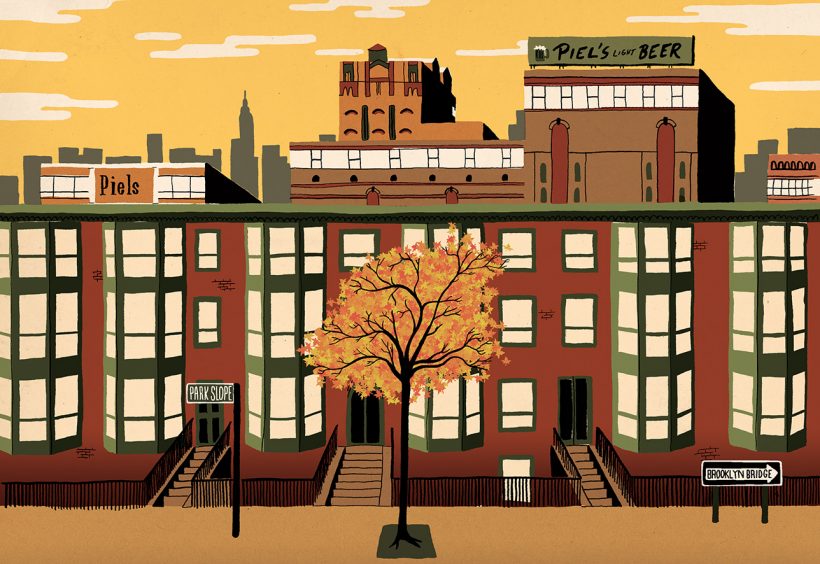 In 1900, Brooklyn was home to 45 breweries—in the Williamsburg neighborhood, that included “Brewers Row,” which saw 11 breweries along 12 blocks.

Most were born in the mid-1800s of German immigrants like Rheingold founder Samuel Liebmann; the Piel brothers Gottfried, Michael and Wilhelm; and Maximilian Schaefer, who brought with him the recipe for a new type of beer—the lager.

Before 1920, mechanization and consolidation had reduced the number to 23, but it was Prohibition that decimated the rest, leaving only nine upon repeal. Small and weak, they were easy prey for mega-brewers like Anheuser-Busch and Pabst. In 1976, Brooklyn’s last brewery turned off the taps for good.

The early ’80s represented the lowest point in American brewing since Prohibition, both in terms of beer quality and number of breweries, which bottomed out at 101. Luckily, change was percolating, aided further by the repeal of Prohibition-era homebrewing laws that restricted entrepreneurs.

In 1984, journalist Steve Hindy returned to Brooklyn after spending six years in the Middle East. Having caught on to homebrewing while stationed in Islamic countries where alcohol was forbidden, he teamed up with downstairs neighbor Tom Potter to form Brooklyn Brewery. Then they commissioned William M. Moeller to develop a new lager based on recipes willed to him by his grandfather, a former Brooklyn brewer, and they started contract-brewing in Utica, N.Y.

It took years of trucking the beer around and selling to small stores before Mayor Rudy Giuliani was able to cut the ribbon on the first Brooklyn brewery in 20 years on May 28th, 1996. Since then, the borough has fully embraced the microbrew revolution, spawning five more breweries and scores of craft beer pubs, mostly situated in the gentrified (and gentrifying) neighborhoods of Park Slope, Williamsburg, Brooklyn Heights and Carroll Gardens.

Barcade
This former metalworking shop now lets patrons hobnob with ’80s icons Q*bert, Donkey Kong, Ms. Pacman and the Contra brothers, while choosing from more than 20 taps featuring Brooklyn’s own Sixpoint, Middle Ages from Syracuse, Captain Lawrence and other locals. The shelves between each console keep your beer steady while you’re pumping in quarters.

Spuyten Duyvil
Behind the red birdcage façade, the bartenders of this apothecary-meets-junkshop serve more than 60 types of beers (mostly bottled), with a predilection for Belgian brews like Westmalle, Achel and La Moneuse. The brick-walled garden out back is a shaded, secluded escape from the urban environment.

Mugs Ale House
Bedford Avenue might be the epicenter of Williamsburg’s hipster district, but Mugs Ale House offers respite from that scene. From the outside, the shabby tan brick and small windows make it look like a towney bar, but the interior is more like an old English pub, with wood-plank walls, old-school chalkboards and a long line of craft beer taps dispensing 20-ounce pints of regional brews like Kelso’s Flemish Red and Blue Point’s Toxic Sludge.

61 Local
This former cheese cave and woodworking shop looks more like a Swedish café, with a few picnic tables in the back, wood paneling and stacked cappuccino cups behind the counter. Beneath all that, however, is an impressive selection of regional craft beers, like Barrier’s Medulla IPA, Alphabet City’s Easy Blonde Kölsch and Greenport Harbor’s Hoppy Stout. Combine with Brooklyn brats from the kitchen for the full experience.

Bar Great Harry
At night, the glow from this dimly lit neighborhood pub barely exceeds a twinkle—it’s the wide selection from the bar’s 20 taps that tends to draw the crowds. Chalkboards feature the day’s drafts, and unfinished plywood floors underfoot are welcome to canine patrons. Fill a growler of Ommegang Rare Vos or Barrier Icculus Kölsch to go.

Sycamore
The sycamore trees and flower gardens of the Ditmas Park neighborhood combine with craft beer at this florist shop/bar. Ten bucks will buy you a pint from one of the eight rotating taps and a bouquet from the flower shop up front. Enjoy them at the bar, alongside live performances downstairs or out back in the ivy-covered garden.

4th Avenue Pub
Although less than a decade old, this English-style pub seems to have grown organically around its customers. If there’s any pretention underlying the 26 craft drafts and 60 bottles, it’s well hidden under the 2×4 back bar and wilted postcards tacked to the wall. In summer, the action moves to the hop-adorned garden out back.

Pacific Standard
A University of California at Berkeley graduate, Johnny “Four Names” Rauschenberg brought the California culture to Park Slope’s west end. Grab one of 16 West Coast drafts at the bar and chill out on one of the sofas in the classroom-like back room while listening to live poetry readings, playing board games or watching the Oakland A’s.

Bierkraft [closed]
The trick at this bottle shop/bar is to buy one of the roughly 800 bottled brands at retail price, a giant sandwich from their deli, and then grab a seat at one of the picnic tables either inside or out back. Before leaving, pick up a pressure-filled growler (the only ones in town) from one of 16 rotating lines.

Park Slope Ale House [closed]
Tucked among brownstones in the more residential area of Park Slope, this pub is old school in the Victorian sense of the word, with a polished mahogany bar, wrought-iron window bars and a tin-panel ceiling suspending replica gas light fixtures and belt-turned fans. The dominant aroma comes more from chicken pot pies baking in the kitchen than the 20 taps behind the bar.

Beer Table [closed]
Beer and food receive equal attention at this intimate space, which seats a maximum of 24 people at three communal tables. The rest is taken up by jars of herbs, dried fruits and pickled vegetables, not to mention their constantly rotating draft and bottle lists, featuring beers like Yeastie Boys Pot Kettle Black and Barrier Cycle Saison.

Brouwerij Lane
Metallic vapors still emanate in this former chop shop, albeit from the iron-wood stove in back. Up front, 19 drafts like Long Ireland’s Pale Ale and Breakfast Stout are on tap next to a walk-in cooler storing between 150 and 200 bottled brands ($1 corkage fee, $2 for 22-ounce bombers or larger). Enjoy at modestly angled tables on the pockmarked, cement floor or in the small garden out back.

Waterfront Ale House [closed]
The walls of this 23-year-old stalwart feature murals of the Brooklyn bridge painted by Broadway set designer Scott Bradley. Behind the bar, taps include specially commissioned brews by owner Sam Barbieri, whose menu springs from his passion for barbecue competitions. The beef jerky is smoked out back.

Henry Street Ale House
The neighborhood’s most popular watering hole for well-to-do young professionals on their way home from work (or the neighboring cinema), this polished bar with maroon-paneled walls focuses on keeping its 16 lines of draft beer clean and serving classic bar food. ■ 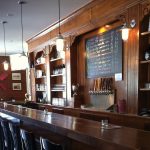 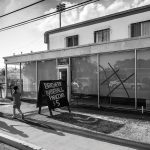