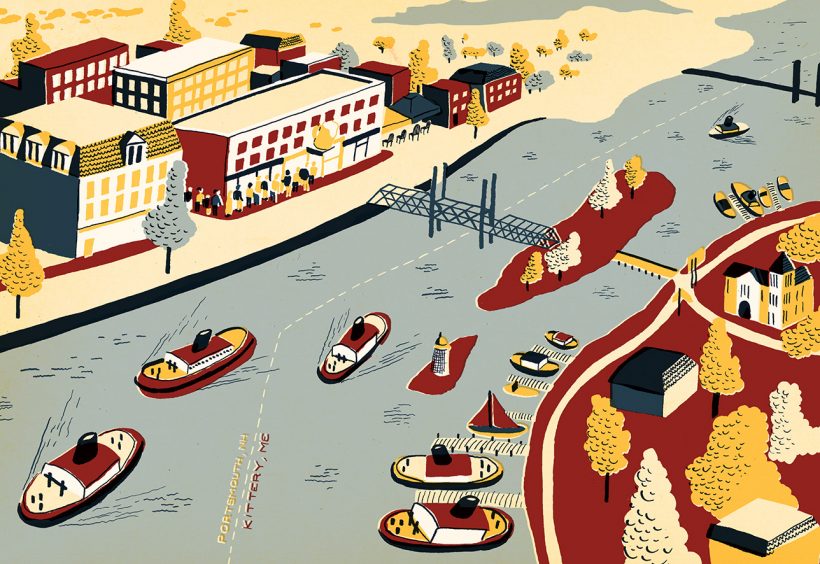 The historic harbor town of Portsmouth draws plenty of tourists. They wander around the five blocks that make up the immediate downtown area, which is filled with boutiques, art galleries and museums, as well as a vibrant live music and theater scene. And with over 70 restaurants and bars in those five blocks alone, there’s no shortage of options when it comes to food and drink.

The 21-year-old brewpub Portsmouth Brewery in downtown and it sister brewery Smuttynose just a few miles away already made the town a craft beer destination, but the scene has improved even more in the past few years. More adventurous tap lists also lie just across the river in Maine. The new nanobrewery Throwback in North Hampton has stirred things up with locally sourced brews, and Hampton’s Blue Lobster Brewing is in the works. In nearby Dover, there’s Yeastern Homebrew Supply and Barley Pub, which offers live music and a solid tap list made up of local and many California brews, while in nearby South Berwick, there’s Pepperland Café.

In downtown Portsmouth, taps are often occupied by local breweries, like Smuttynose, White Birch, Peak Organic, Redhook, Throwback and nearby Shipyard, but each bar has its own flair. There’s some creative collaborations going on, too. Black Trumpet Bistro worked with Smuttynose on Satchmo, a Porter made with black trumpet mushrooms from Maine. Soon to come is Thirsty Moose Tap Room with a proposed list of 100 beers, “the stranger the better,” says owner Joe Kelly. Hitting one of the beer weeks, especially the one organized by Seacoast Beverage Lab surrounding the release of Portsmouth Brewery’s Kate the Great in March, is a great time to take a beer tour of the town. Each bar is within walking distance, and has special brews on tap with guest brewers all week long.

The Portsmouth Gas Light
Four very different spaces give the Gas Light a versatility that’s also found in their tap list, which recently expanded to 12 selections. Beverage manager Eric Scheele came onboard last year and since then, has made sure the Gas Light is a big part of the craft scene by hosting tap takeovers with Throwback Brewery or Berkshire Brewing, and maintainung a solid lineup, with brews from Firestone Walker, Oskar Blues and Rogue.

The Flatbread Company
Flatbread uses locally sourced toppings from organic farms for their pizza, holds charity nights every Tuesday and has a beer list that concentrates on local brews like Peak Organic, Berkshire Brewing Company and Moat Mountain. Kids love to sit and stare at the stone oven while their pizza’s being made, and the open space is great for families and big gatherings.

Rudi’s
20 High Street
rudisportsmouth.com
Rudi’s more upscale dining ambiance brings 12 taps that are more about pairing with the eclectic dishes on the menu than sitting and sipping, but bar manager Thom Ray throws in some heavy-hitters—try a Smuttynose Big A IPA while you take in some live jazz in the lounge.

The Press Room
The Press Room, a cozy, clubby refuge from the crowds, is one of the few spots where locals outnumber tourists in the summer season. Their creative gastropub menu is complimented by 13 taps featuring stellar beers, like North Coast Brewing’s Le Merle or Brother Thelonius, and Goose Island’s Sofie. There are some upcoming beer events in the works, plus daily live music and their popular Beat Night.

The Blue Mermaid
The eight taps at this Caribbean cuisine restaurant are the domain of co-owner Scott Logan, who often stocks them with selections from the Smuttynose Big Beer Series, like the recently released Brett & I. The list favors New England brews, but look for West Coast breweries like North Coast and Lagunitas. The Mermaid is also a great local music venue, and their Hotter Than Hell Dinner is one everyone looks forward to.

River House
53 Bow Steet
riverhouse53bow.com
This harborside spot is one of the most popular of The Decks—a series of open-air dining spots by the harbor. Bar manager Mark Adams focuses on local beer with their eight taps and over 25 bottles. Find selections from Smuttynose, Shipyard, Seadog and Belfast Bay. He’s also expanded the gluten-free options to include ciders and five gluten-free craft beers.

The Coat of Arms
It’s all things UK at The Coat of Arms, an out-of-the-way pub with soccer on the tube, three ales on cask and mostly UK beers on tap, plus bottled ciders and Stouts. The menu offers traditional UK fare like a Scotch egg and steak & kidney pie.

Kittery
The Black Birch
Ben Lord, Gavin Beaudry and chef Jake Smith serve refined comfort cuisine, perfect with the brews from over 20 taps. Locals get there early to get a seat at the bar or in the small dining room to start sampling brews from Maine breweries, like Maine Beer Company, Rising Tide and Oxbow, and also imports from Mikkeller, BrewDog and Stillwater, plus some Belgians and Sours. 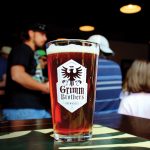 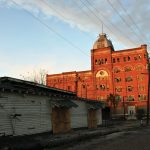