On the Wings of Armageddon by DC Brau 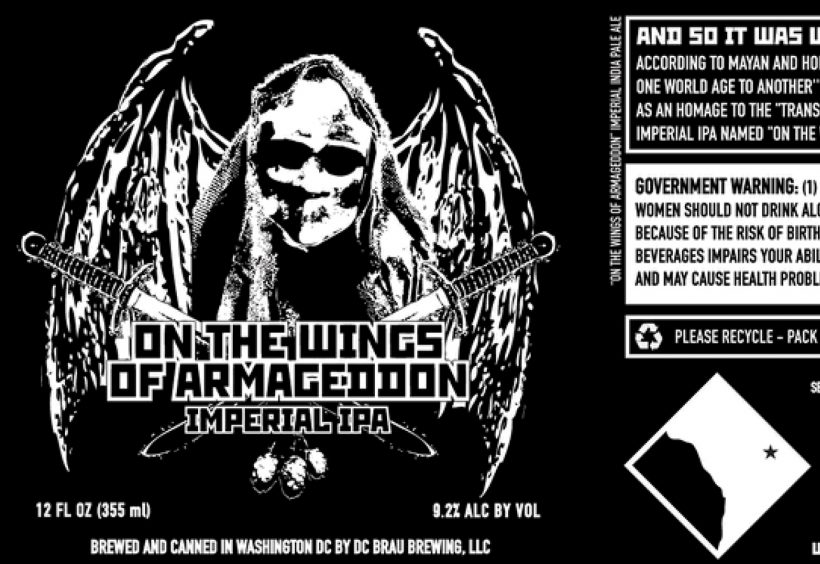 The guys at DC Brau aren’t afraid to creep people out. So when it came time to conceptualize their next beer, the dark side was the first place they went.

“We wanted something apocalyptic,” says Brandon Skall, who co-owns DC Brau along with Jeff Hancock. “But we also wanted to tie in flight,” since the only hop varietal used in this Imperial IPA is Falconer’s Flight. “‘On the Wings of Armageddon’ is carrying a message.”

They had the name; they even had the launch party figured out—candles, robes and masks à la Eyes Wide Shut. “[The brewery staff] were going to come out like monks and proclaim the tapping of the beer, like they were ushering in the final days,” says resident designer Rob Shortley, who then took all this imagery and created one label.

“It’s the manifestation of [the] spirit or demon of Armageddon that the monks were calling forth,” says Shortley. “I wanted to make something that a 10-year-old me would have scrawled on the pages of his math notebook.”

The ominous imagery fits with the brewery’s aesthetic, which Shortley says “started with a Soviet-era ‘Constructivist’ feel and has grown and morphed into this whole modern-meets-vintage-meets-DIY-meets-heavy metal-meets-punk thing.”

Heavy metal sets the tone of DC Brau—it supplies the soundtrack for brew days, and often plays on the sound system at the bar. In fact, DJ’ing in the local music scene is how Skall, Hancock and Shortley met. “We’re all a family,” says Shortley. “I think what I try to express in art, and the rest of the crew expresses with the beer, is, ‘Make something awesome.’”

Whatever happens in 2012, you can be sure there’ll be a party at DC Brau.

“The Mayans aren’t proclaiming the end of the world, but kind of an event to lead to the next phase of the world,” Hancock says.

“Perhaps it’s the start of a new craft beer era,” offers Shortley. “I think that’s something we could all look forward to.” ■ 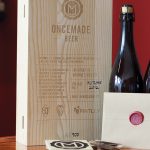 Previous: Beer in a Box 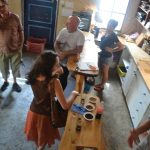