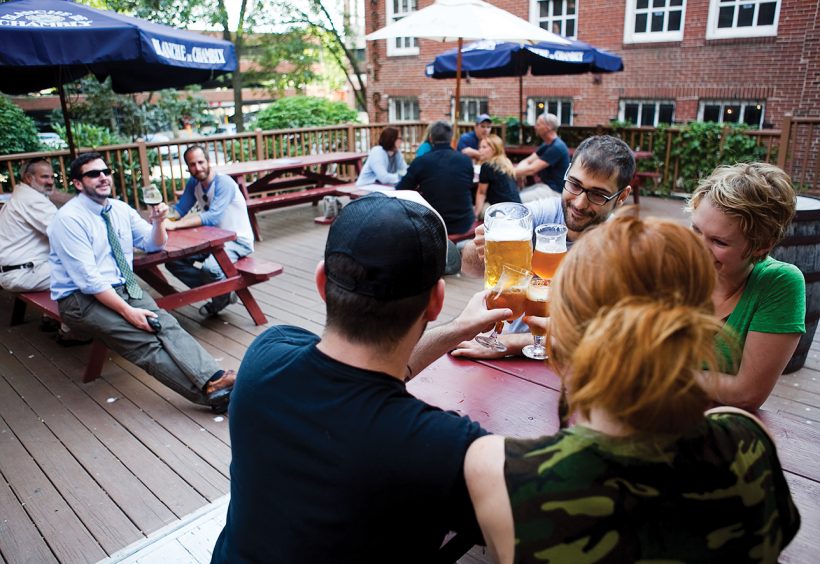 When Eric and Julie Michaud opened Portland, Maine’s Novare Res Bier Café in 2008, the husband-and-wife pair were well aware of The Forest City’s already-booming craft beer scene. But Portland’s beer was mostly Maine-made, whereas they hoped to open things up a bit. “Start a revolution,” as the bar’s name means in Latin.

“We thought it would be great to have a place that showcased all these other great beers from outside of Maine, both domestic and foreign,” Eric says. “We also wanted to create a space where people could convene to enjoy a great beer and good conversation. Lots of revolutions have started in pubs.”

To encourage this ambiance, the Michauds, with help from their friends and family, renovated the old bank location hidden off an alleyway. They custom built all the stools, chairs, tables, bar and tap tower, and furnished it with some leather couches and a dartboard. The 33 constantly rotating taps are complimented by around 400 bottles. They built out a deck space, so visitors have the choice between drinking inside the cellar-like bar or outside on the sprawling patio.

Best of all: They didn’t put a single television in the place. “I like that complete absence,” bartender Russ Hoskins says. “People actually talk to one another here, and are encouraged to do so. The whole layout is set up with that in mind. The long, low communal tables and the open concept of the beer garden on our deck have this intention.”

And for the ultimate aficionado, there’s Uprising, Novare Res’ palate-expanding beer program. Pub denizens who think themselves up to the challenge pay a $20 deposit, then work their way through 230 beers of myriad styles. Once finished, they become members of Uprising, earning them a key to the chalice room, where they can store their 20-ounce, laser-engraved personalized chalice, which gives them 25-percent bigger pours at Novare Res for life.

“I love any time you can romanticize beer,” says chalice-holder Matt Mitchell. “Novare Res has provided a venue that aims to not only let you take a load off with a delicious pint, but to also get an education in great beer. … It is my favorite bar, hands down.” ■ 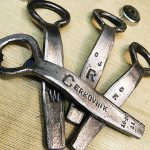 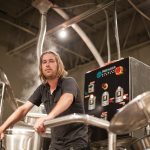