A Game of Risk: The Headaches of Brewery Expansion 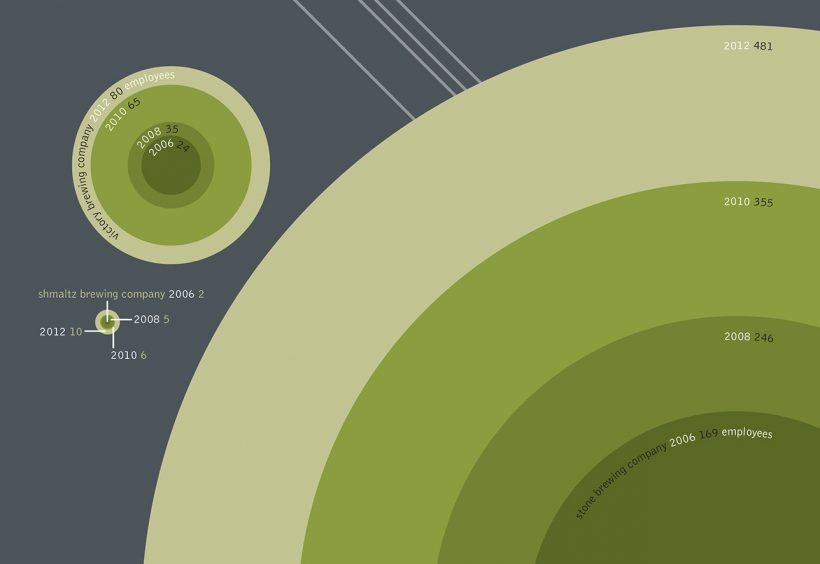 Consumers are once again on pace to drink more craft beer this year than ever before—the Brewers Association just announced that the volume of craft beer sales rose 12 percent in the first half of 2012. But increasing sales don’t necessarily translate into easy times for brewery owners. As the craft beer segment grows, many brewers are finding it just as hard to expand, as it was to initially get the doors open.

Almost by definition, craft breweries typically launch with the short-term goal of serving fresh beer to a local market. For many breweries, this means self-distribution (at least, in the 34 states breweries that allow it). On top of that, many states allow retail sales directly out of the brewery or at places like farmers markets.

Ninkasi Brewing Company founder Nikos Ridge credits the people of Eugene, Ore., for helping to get his brewery off the ground. “In the early days,” he says, “we were small and bootstrapped. We self-distributed, started out in a paced manner and had success in our local market.”

Success in an immediate market, however, doesn’t mean success in other regions. Beyond the risk of no longer being the favored local option, self-distributing more beer farther distances is expensive—think fuel cost and labor hours. For many breweries, choosing the right time to start selling through a distributor may depend on the excess of production capacity relative to sales; in other words, if a brewery can make much more beer than it is selling through self-distribution, then leveraging a distributor’s retailer network could work in its favor.

The direct cost of working with a distributor is the gross margin that distributors earn, which the 2010 National Beer Wholesalers Association Distributor Productivity Report indicated was 26.6% on average across the country. Furthermore, while the majority of distributors are independently owned, they are most frequently associated with either Anheuser-Busch InBev or MillerCoors—meaning they tend to focus on those companies’ brands which make up the majority of their volume. The NBWA reported that in 2010, the average distributor carried 549 stock keeping units (SKUs), up from 279 in 2002. These large portfolios results in the smaller brands fighting for limited shelf space and tap handles. Factor in that many state laws make switching wholesalers difficult, and the decision of which distributors to work with can have lasting implications on a brewery’s success.

Once a brewery manages through these supply chain challenges, it’s faced with the issue of figuring out how much beer it will be able to sell. Forecasting sales is vital for successful business planning, since many decisions need to be made months—even years—in advance.

Tim Schoelen, president of Mustang Brewing Company in Oklahoma City, says that one of his biggest short-term challenges is figuring out how many different styles of beer to brew. “Over-producing a certain style of beer, which can happen when launching a new brew that has little or no sales track record, leads to cash being tied up in inventory,” Schoelen says. When Luke Livingston opened Maine’s Baxter Brewing Co. in January 2011, the brewery was producing two styles of beer—an XPA (Extra Pale Ale) and an IPA. Nine months later, they added Amber Road; two months after that, around their one-year anniversary, they announced they’d be releasing seasonals, starting with Celsius Summer Ale in June. The decision to introduce seasonals was based on consumer feedback, what the brewing staff wanted to make and pressure from distributors, who “unanimously asked us to introduce seasonals this year,” Livingston says.

“If we had known how much the beer was going to blow up this summer, and how crucial our capacity was for our pre-existing beers, we may have waited another year to do seasonals, because we don’t really have the capacity,” he says. “By the time we saw the writing on the wall in terms of demand for the beer, we’d come too far in the seasonal process to turn back. So we did have to fit it into existing schedules.”

Besides the strain it puts on the brewing schedules and personnel, Livingston says the cost of designing the recipe, the beer’s brand identity, the can design and point-of-sale materials adds up. But, he adds, “You weigh those costs against a hopeful increase in sales and also the increased value of the brand as a whole.”

Forecasting sales on a larger scale entails ensuring brewing capacity months and years down the road. In reality, since brewing a batch of beer only takes a few hours, but waiting for it to ferment takes at least two weeks, capacity is really based on the amount of beer that a brewery is able to ferment. The production bottleneck, then, is a brewery’s fermentation capacity, which is roughly calculated by the number of fermentation tanks times the size of the tanks times the average tank turns per year (52 weeks divided by the average fermentation time). For example, if a brewery has four 40-barrel tanks and an average fermentation time of two weeks, then that brewery’s capacity is 4,160 barrels per year.

The challenge with adding capacity is that it must be done many months in advance and also in steps. The chart below plots a sample brewery’s demand relative to its brewing capacity. Matching supply with demand is a challenge, since adding capacity too late results in lost sales, while expanding too soon means a longer return on the investment and the lost opportunity to spend limited capital elsewhere. Adding a small 15- to 40-barrel tank can cost between $10,000 and $30,000 while adding larger 160- to 600-barrel tanks can cost from $45,000 up to $130,000.

Before making a large investment like a new tank, brewers have to get their hands on capital, which can be a major roadblock to growth. Victory Brewing Company founder Bill Covaleski, whose company will nearly max out capacity this year at around 105,000 barrels, is building a 250,000 barrel brewery 15 miles down the road in Chester County, Pa. Covaleski says that Victory “is able to undertake this expansion because it has a longstanding relationship with [their] local bank.” Having been open since 1995 and already successfully managed through an expansion, Victory is better positioned to gain access to the capital required to expand than start-up brewers.

For newly launched breweries with no track record, it’s is not that easy. “Everyone who puts together a business plan thinks of the big picture items … but what kills you are the $1,000 purchases that cut you to death,” says Conor Horrigan, founder of soon-to-open Half Full Brewery in Stamford, Conn. For Horrigan, these costs were “sprinkler heads for my refrigeration unit, chemical treatment for my boiler, a water-filtration system, replacing sump pumps for our drain, a dissolved oxygen meter and carbonation tester.”

This challenge is not very different from that faced by Sam Calagione when he opened Dogfish Head. Calagione says that back then, “being cash strapped was our number one concern.” Even today, as one of the largest craft breweries, Dogfish Head faces tough financial management decisions. “There was a period of five to six years when Dogfish grew at 30 percent to 50 percent per year,” Calagione says. “Now, we have purposefully slowed growth to 20 percent last, this and next year.” Dogfish Head chooses to sustain growth through the profitability of its company, but Calagione acknowledges that sales would be higher if the company sought added leverage or venture capital investment. Having made that decision, Dogfish views its current key growth hurdle as human resource challenges. These days, Dogfish adds about 20 new employees per year, and finding people with both the ability and culture fit takes time. On top of that, hiring people takes money; according to the Brewers Association, a brewmaster at a mid-size brewery may earn around $65,000 per year, whereas a packaging assistant can expect to earn closer to $25,000.

Livingston launched Baxter Brewing with seven employees. “That was essentially just the bare minimum for our level of production because it takes three people to run our canning line, and we needed an additional seller person on top of the full-time brewer, and we need someone to do tours and run the retail shop,” Livingston says. Since then, Baxter has hired an operations manager, a second brewer and a sales rep. The brewer, though, came at a high price.

“We had to dip into what little reserves we had, because we hired him anticipating our new fermenters to arrive on a certain date, and they were three months late,” Livingston explains. “We couldn’t tell him, ‘Oh, just kidding, come back in three months.’ We had to pay his salary, benefits and everything else for three months when we didn’t really need him and certainly weren’t making any more money, because we weren’t producing any more beer.”

Now, Baxter is in the midst of yet another expansion. “We had monthly staff meeting yesterday,” Livingston says, “and there were 10 of us all gathered around the table, and I actually said to everybody, ‘Look around now, because in six or eight months, there may be twice as many people in this room. And that is both really exciting and really scary.” ■ 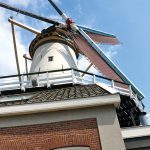 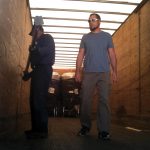