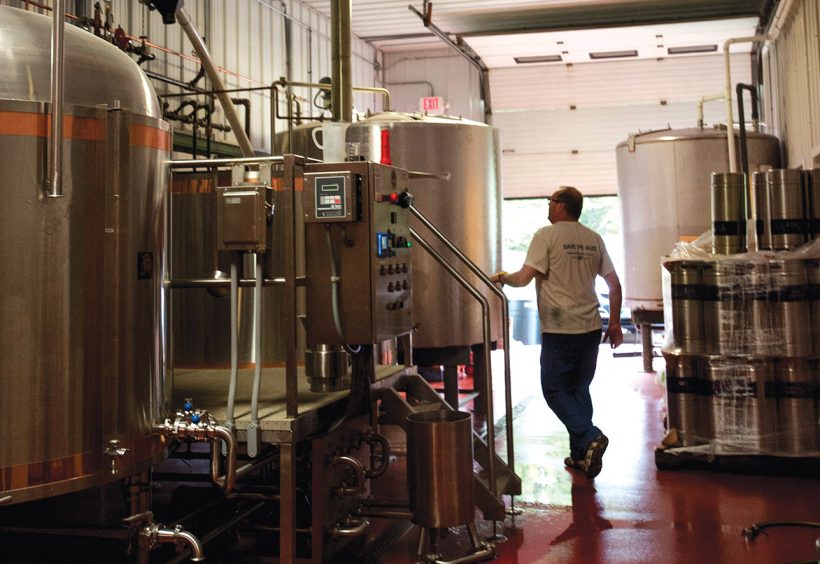 Visitors to Vermont’s Drop-In Brewing Company may not notice anything different about the brewery—they churn out beer of the quality that the Middlebury community has come to expect, and serve it up in a friendly, garage-brewer-style taproom. However, for two weeks a year, the beer is just a secondary product at Drop-In; the fully operational brewery doubles as the training grounds for the American Brewers Guild Brewing School in nearby Salisbury. As Steve Parkes, co-owner of the school and of Drop-In, says, “The product of the day will be education.”

Opening his own brewery and using it as a part-time classroom has been on Parkes’ mind since about 2010, when the school had to scramble to find a new home for its hands-on training component; Drop-In opened in July of this year.

How It’s Made
In the past, the ABG’s 28-week-long correspondence program culminated in a week-long practicum, where students worked stints at other breweries such as Otter Creek (where Parkes was the head brewmaster) to experience how a brick-and-mortar brewery functions. But starting this November, students will gain those practical skills at Drop-In.

The ABG offers two classes a year for 25 students per class, with a wait-list until the summer of 2014. While Parkes is in full control of the brewing at Drop-In for most of the year, each graduating class will have the opportunity to refine their skills at the Middlebury location. However, Parkes stresses that the end result of those two weeks will not be producing beer, but getting the process right. That includes the practical elements of making beer, like monitoring mash temperatures and operating the equipment, but also emphasizes quality control and proper sanitation procedures.

“I’m pretty confident that it will work,” Parkes says. “We’ve got lots of experience at arriving at somebody else’s facility. Here, we’ll have the capability of training people at our own facility, and the implications of that are tremendous. The priority goes back to being education as opposed to making that other brewery’s beer.”

The facility, which already had all the makings of a perfect brewery site—accessible water, a built-in trench drain and plenty of space—contains a tasting room, a lab, a classroom and of course, the brewhouse itself. Parkes holds court in each area, but it’s in the brewhouse where he is most at home. “Steve needs to brew,” says Christine McKeever-Parkes, Parkes’ wife and co-owner of Drop-In. “It’s something that’s important to him, so the decision to brew and sell beer was an easy one.”

Lifelong Learner
The couple took over the brewing school in 1999, but Parkes’ career in beer began long before then. A native of the United Kingdom, Parkes graduated with a degree in brewing science at Scotland’s Heriot-Watt University in 1982 before embarking on a 30-year campaign that took him from the British Isles to both coasts of the United States.

Over the years, he opened new breweries, and he helped pre-existing breweries grow and adapt with the ever-changing industry landscape. After working in the UK, Parkes made the trek across the Atlantic, and along with partner Craig Stuart-Paul, opened the now-defunct British Beer Company in Baltimore in 1988, which was among a small handful of pioneers in the area. Parkes took that experience westward with him to California, where he oversaw the expansion of Humboldt Brewing from a pub to a microbrewery in 1992. After five years of watching Humboldt grow successfully, Parkes accepted a job as an instructor at the American Brewers Guild, where he taught for two years before taking over fully.

Brewers who have studied under Parkes have gone on to open breweries around the world, such as the Lobethal Bierhaus in Australia, Zululand Brewery in South Africa, the Pelican Pub & Brewery in Oregon, and Surly Brewing Company in Minnesota—to name a few. “There’s a lot of breweries in Vermont, but Steve, honestly, Steve and his expertise, and his experience and his education in brewing, is really something that is going to set us apart,” McKeever-Parkes says. “All the breweries in Vermont are fantastic, but being a teaching brewery and having Steve at the helm is really something we want to stress.”

Another quality that sets Drop-In apart is Pint Sized, their own distribution company. “Vermont brewers cannot self-distribute, but there’s nothing to stop the same owners who own a brewery [from] owning a distribution company,” Parkes says. “We want to self-distribute because we’re not planning on growing Drop-In into the next big thing, so it’s unfair to ask a commercial distributor to invest resources in building our brand for us.”

The Beer
After 30 years in the business, Parkes doesn’t shy away from being labeled as a master brewer. So when he set out to make the brewery’s flagship beer, Sunshine and Hoppiness, adhering to rigid style constraints wasn’t his concern. “We built the beer, and then tried to describe what style it is,” Parkes says. “We call it a Belgian Golden Ale, but really it isn’t. I sat back for a long, long time thinking about how people perceive characteristics in beer and what characteristics people enjoy the most. I’ve long believed the malt character from German Pilsner malt is more enjoyable, so we use that for the base. It’s got a bready, biscuity taste that I enjoy.”

Sunshine and Hoppiness is hopped with Cascade, a hop Parkes says he enjoys for its versatility in all phases of the brewing process. “It’s not dull and astringent, it’s not sharp—it’s just clean bitterness,” he says. “It’s simple, and you only need the one hop in the beer, but it expresses itself in other ways.”

Parkes focuses on making a balanced beer, not just a hoppy one. “It’s [about] drinkability, but also complexity,” he says. “There’s no point in making a beer that somebody has to choke down. Although, there’s a point to challenging people with beer, and I get that, and we will do that. I like the idea of challenging beer drinkers with things that might be extreme.”

Challenge he may, but don’t expect Drop-In Brewing to produce the kind of beers that are better-suited for a 2-ounce pour at a festival than a pint or two at the pub. “I’m not as extreme as some of the brewers that are punks about things, although I was a punk in 1977—but I wasn’t much of a rebel,” Parkes says. “I believe in the drinkability of beer, although that can get simplified. A beer like Budweiser didn’t arrive there by accident. Thought went into every characteristic of that beer. … It’s not just throwing ingredients together and seeing what happened.”

That dedication to making interesting (yet well-balanced and approachable) beers is apparent in the brewery’s lineup. Whether Parkes is brewing a Belgian IPA or a Scottish 80 Shilling, his attention to detail is strict in every step, from recipe formulation to carbonation and service. That is the kind of quality work he demands out of those who come to him for an education in brewing. He expects nothing less from himself.

What’s On Tap
Sunshine and Hoppiness: A Belgian Golden Ale brewed with German Pilsner malt and Cascade hops; subtle notes of banana and clove from the Belgian yeast strain. – 5% ABV
Heart of Lothian: A Scottish 80 Shilling Ale, brewed with Golden Promise malted barley and dark crystal malts from Fawcetts, fermented with a British Ale yeast and hopped with Fuggles and Goldings. – 5.6% ABV
Solar Storm: A Belgian IPA brewed with only Pilsner malt, so it is very pale. Hopped with a blend of Cascade and Centennial in each of the four hop additions, including dry hopping.

What He Said
“Massive hop complexity in the beer using just one variety is a challenge, but I really think it works with this one. I don’t want to mess it up with too much going on and overcomplicate things.” – Steve Parkes on using only Cascade hops in Sunshine and Hoppiness ■ 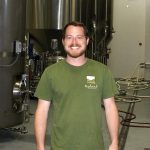 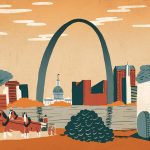