Port City Brewing: Traditional Beers with a Twist in Virginia 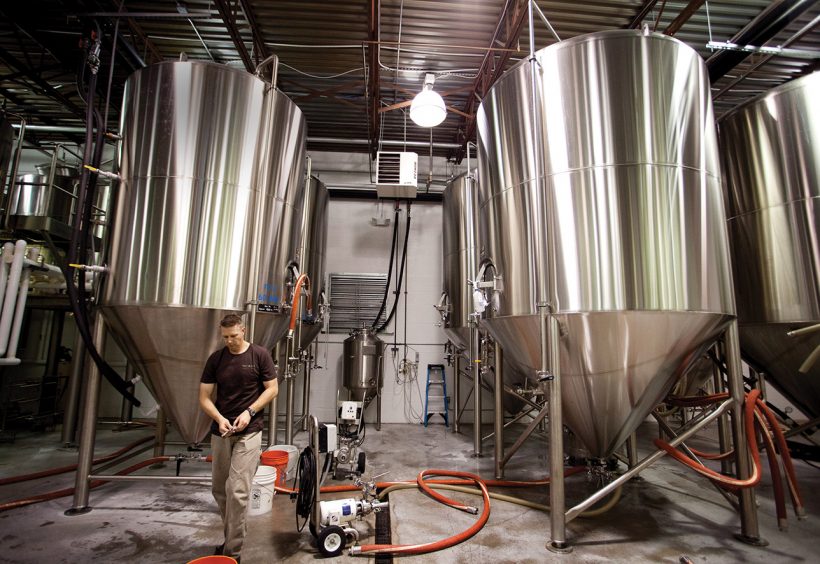 When Bill Butcher and Jonathan Reeves set out to build a brewery in Alexandria, Va., they had ambitions as grand as anybody in the Capitol building. “It was always tied into the plan from the beginning to build a state-of-the-art brewery so we could brew great-quality beer from the outset that could compete with well-established breweries from all over the US and all over the world,” says Butcher, who owns Port City along with his wife Karen. With a few loans and the support of a community that was clamoring for a local brewery, the team took over an old electric supply warehouse just outside the nation’s capital, and built what’s now one of the DC area’s most successful breweries.

Seeking a Challenge
Reeves, who serves as Port City’s brewmaster, has been with the brewery since the consultation phase, when he helped the Butchers design the space. “Unless you’re working for a big chain like Gordon Biersch where they have brewpubs all over the country, you really couldn’t move up,” says Reeves, who bounced from brewpub to brewpub since 1995. “I feel like I had reached a point at brewpubs where there was only so much more I could do. I wanted to get into kegging and bottling, and I wanted something that was a challenge.”

In a city where a lack of ambition is often perceived as a personal defect, Reeves and the Butchers understood that success could only come at a price. So when the economic crisis hit, Butcher took advantage of the American Recovery and Reinvestment Act, and got approved for a Small Business Administration loan; in 2010, the team broke ground on their 10,000-square-foot warehouse and got to work installing a custom-built JV Northwest brewhouse.

“The goal was to design a brewery that we could start off and do what we wanted to do in the first year, which was [2,500] barrels, but we designed it so that we could max out at at least 25,000 barrels,” Reeves explains. Although Port City currently uses only about a third of its available space, that extra room will come in handy for the anticipated expansions.

Reeves says that he designed the facility to be a flexible space. “I wanted to basically make it modular so that I could add things on,” he says. “Every aspect of the brewing process, I can add things to it. I planned out the milling facility so I could use super sacks later on, and I could add a silo. I planned out the brewhouse so that I could add other vessels. Right now, we’re able to do four or five turns in a day, but if need be, I have the ability to add other vessels to go to maybe seven or eight turns in a day.”

Butcher was ambitious as well. He avoided the cheaper route of hiring an advanced homebrewer or a young apprentice, and tapped a then-15-year veteran of the brewing industry to run the show. “Our beer has to be good—not just from a local perspective, but it has to be good enough to stand up quality-wise with beers all over the world,” Butcher says. “People will try our beer once because we’re new and local, and craft beer drinkers are always looking for the latest thing to try, so we knew we’d get a trial in the market.” But, he continues, if the beers didn’t stand out, he knew “people would try us once and go back to drinking whatever they were drinking before.”

Local Ties
For Butcher, whose family has lived in Alexandria for over 100 years, Port City Brewing was an opportunity to bring something that had been lacking to the local community. Until recently, there was a dearth of breweries in the DC area, and Port City was one of the first to change that.

“We noticed that all the beer we had been buying was coming from the West Coast or far away,” Butcher says. “We saw that as kind of an anomaly and started looking for more local options on the East Coast. We saw that there seemed to be room for more choices for craft beer. The more we looked at it, we saw that the Metro DC area was the only major metro area in the country that didn’t have a packaging brewery. So it just seemed like there was a need there.”

So Butcher, a former Mid-Atlantic wine representative for the Mondavi family, applied his knowledge of the alcohol industry toward beer, with the goal of becoming a producer of great beer that, above all else, supplies its own market before expanding elsewhere. The result has been an outpouring of support from the local community. According to Butcher, Port City sells 40 percent of their beer in DC, where consumers range from 21-year-old college students to seasoned Capitol Hill workers and longtime locals … and they know when they find something worth drinking.

“The DC metro, it’s very educated,” says Jenn Chace, who manages the tasting room at Port City. “With that comes sophistication as far as food and drink. As we all know, the craft beer industry has blown up over the past three years, and it’s grown in DC. They’re very excited to have us there, and we joke in the area that people cross the bridge from DC to come see us in Alexandria. It’s been great.”

The proximity to Washington DC seems to have rubbed off on Butcher; his speech at September’s Democratic National Convention drew the country’s attention to Port City, and to craft beer. “Lots of people have asked if I was concerned about the divisive political climate in the US right now, but I believe that no matter what your politics, pretty much everyone is ‘pro-small business,’” says Butcher. “I’m not going to stop watching Clint Eastwood movies because he’s a Republican, and I don’t expect many people to stop drinking our beer because I went to the DNC. It was great exposure for our tiny, young brewery, and it was a fun experience.”

But It’s All About the Beer
Butcher’s decision to hire an experienced brewer has paid off; Reeves already knows what he likes to brew, and he brews it well. “I’m not trying to do Reinheitsgebot or please CAMRA, or do things exactly as they’d be done in Belgium,” Reeves says. “I don’t have like a special La Chouffe goblet that I keep wrapped in a velvet box that I pull out to drink my beers. I want people to enjoy themselves when they drink my beer. I don’t need them to feel like they’re getting ready to bungee jump naked.”

As Reeves says, Port City’s beers are traditional, but “with a twist.” With the exception of their Porter, which Reeves has been perfecting since he was a homebrewer, his beers seek balance between innovation and tradition.

The Monumental IPA, named for Washington DC’s myriad monuments, recently won a gold medal at the Virginia Craft Brewers Fest. The balanced IPA features American hops, but more closely resembles a British IPA than a West Coast hop bomb; Butcher likes to call it an “East Coast IPA, which is stylistically and geographically in between the two.” Similarly, the Optimal Wit, which Reeves describes as a “labor of love” (and which he originally brewed to get his wife away from mainstream lagers), blurs the line between the traditional Belgian style and aggressive American versions.

And, like any ambitious brewer, Reeves continues to strive toward perfection with each successive brew. “One of the good things about brewing for a package brewery as opposed to a pub brewery is that I’m brewing the beers over and over again,” he says. “I’m very concerned about brewing them as well as I can.”

What He Said
“I wanted to be an artist. I wanted to be a photographer or filmmaker 25-plus years ago. I found that I was not able to connect with an audience with my art form at that time. It wasn’t until I started brewing beer that I was able to actually connect with people. I like the fact that people are pleased with my beer and that it makes them happy. I think that’s about all what we want to do. We want to have people enjoy themselves. That’s a gift.”– Port City brewmaster Jonathan Reeves ■ 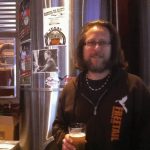 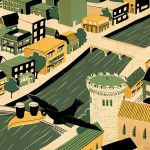