Glass Ceiling: The Quest for the Perfect Pint 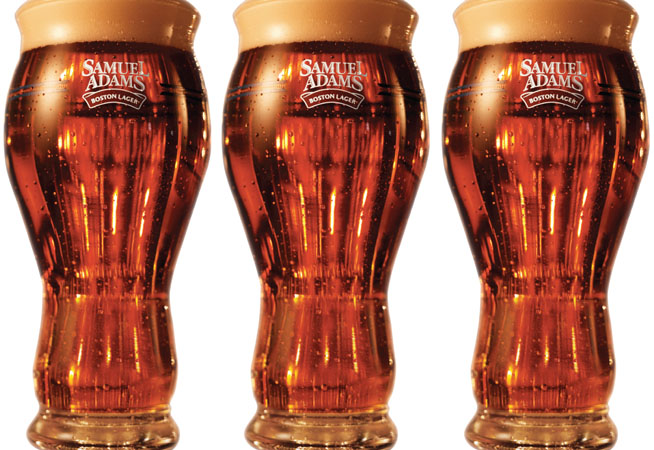 It’s hard to glamorize the pint glass. Just look at one. Not a frill in sight: Its slight taper and weighty base (and requisite logo of some sort) comprise its sole features. Its history is little more than a factory plunger and a long line of identically stamped clones; and its legacy will be more of the same.

That is, unless the pint glass experiences a similar renaissance in the mainstream as that given to wine glasses.

“Beer has all the complexity, variety, history, dignity and nobility of wine,” says Sam Adams brewmaster Jim Koch, who declares his newly developed pint glass, “the best glass out there.” Koch adds, “I come from the perspective that great beer deserves the same amount of respect as great wine.”

And his is a perspective that seems to be catching on. The recent surge in the popularity of aromatic beers (most notably, the range of Belgian Ales), along with a growing consciousness of the specific glasses purportedly suited to those beers, suggests that drinkers are warming up to the notion that the glass makes a difference. The problem, suggests Koch, is that none of this glassware really serves the beer, let alone the drinker.

“You’ll have these goblet-style glasses, which seem elegant because they mimic the shape of a wine glass,” Koch says with a note of dread. “But you’re likely to cup it in your hand and end up with warm beer. Who wants that?” Likewise, the design of the flower-pot glass (often the vessel of choice for Belgian Whites) just dissipates the beer’s distinguishing aromas instead of concentrating them. “Our glassmakers told us whenever they’re asked to design a glass, it’s always the marketing people asking,” says Koch. “It’s never the brewers. So if any of those glasses turn out to be good, it’s probably accidental.”

Suddenly, our friend the humdrum, standard-issue pint glass seems woefully inadequate—after all, the poor thing was designed to shake martinis. Is it unfair to hold it to a standard of functionality reserved for beer snobs? Koch doesn’t think so; his notions of what a proper glass should accomplish have precedent. His father was a brewer, and Koch recalls them drinking eight-ounce servings from what we might now call a simple juice glass. “The bottles back then had lots of thermal mass,” he says, “so he’d do two or three pours out of one bottle. The beer would stay cooler and each pour released aroma.”

Earlier bar glasses took their design cues from old-school steins (sans cap, of course) by retaining the mug-like handle—an ideal way to prevent warm hands from heating and dulling a perfectly good beer. This handled “pint pot” (often dimpled to cut glass costs) remained quite popular in the UK, until Ravenhead, the last factory to manufacture it, shut down in 2001.

The folks at the Mitsubishi Electrical Research Laboratories are currently hard at work on iGlassware—pint glasses that, through a system of microprocessors and “high-resolution capacitance measurements,” are able to detect and convey to your barkeep when you need more beer. It may be a glimpse of an exciting future for the very lazy; but for now, Koch’s glass is about as high tech as a pint glass gets.

The relative narrowness of the glass base helps prevent warming; the curve of the lip targets specific parts of the palate; and a “laser-etched nucleation site” at the bottom of the glass encourages the formation of aroma-releasing bubbles, which boldly effervesce from the ample neck of the glass. Koch even recruited a crack team of sensory scientists from TIAX in Cambridge, MA, to aid in its development. Like any glass, you can certainly drink whatever you wish from it, though Koch designed it with his own Sam Adams Boston Lager in mind, and suggests its versatility is best experienced with other big, malty, hoppy beers—IPAs or ESBs for instance. 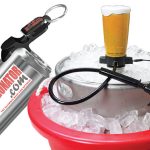 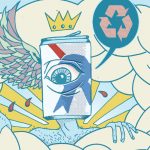