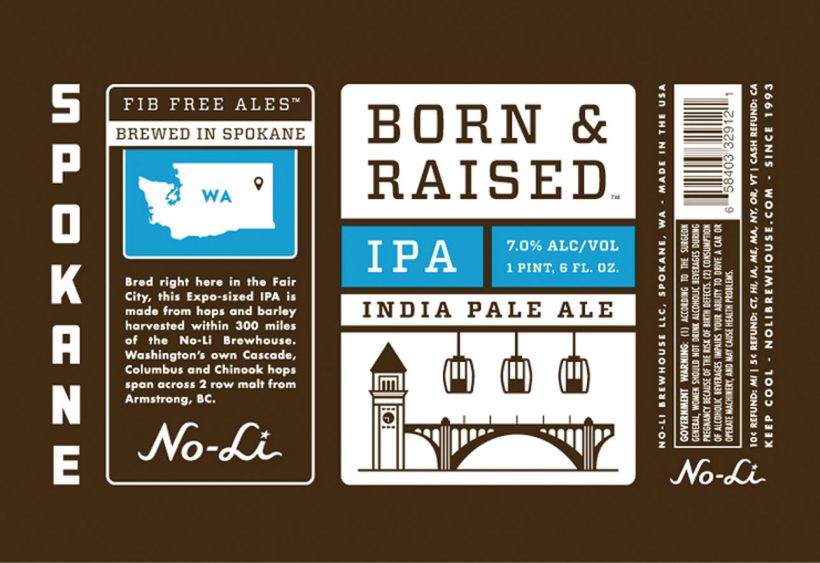 Riley Cran’s clutter-free No-Li labels have a calm-inducing effect. There’s no squinting as we search for the ABV, no guessing as to what the style is or even where’s it brewed—there’s an actual silhouette of Washington right there on the label.

“No-Li’s aesthetic is largely about clear communication of information,” explains Cran, a freelance graphic designer based in Vancouver. “A design system applies across all of No-Li’s labels, which features a single illustration and clear universal layout of information.”

The sleek layout is the framework, but the illustration is the heart of the design: highly figurative, graphic images that convey a message about what the beer represents, and about the personality of the brewery.

“No-Li is a gritty spirit within each of us,” says John Bryant, owner of No-Li, which launched in May. “No-Li is something intrinsic—that deep belief that greatness can happen when people come together.”

So when it came time to design the look of Born & Raised IPA, the team wanted to capture their pride in the beer’s hometown, Spokane, along with the spirit of collaboration that defines the brewery. The winning idea: the World’s Fair, which Spokane hosted in 1974.

“There is a certain sense of pride in Spokane over this 1974 expo, which had reshaped the landscape of the city,” says Cran, whom Bryant describes as a sort of World’s Fair historian. “To me,” Cran continues, “it’s a beautiful concept—the world gathering together to share its progress, sharpest minds and best products.”

Cran’s illustration borrows imagery from the hallmarks of the ’74 Fair: the gondola (cable cars installed for the event), the Monroe St. Bridge and the Clock Tower. Cran’s designs for No-Li’s Crystal Bitter and Jet Star Imperial IPA also allude to the Fair.

The illustration, which is screenprinted onto the bottles (another nod to simplicity in design), might call specifically to those “born & raised” in Spokane, but the concept is universal, says Bryant. “Born & Raised could be an iconic photo of countless US communities. It could be your bridge, your watering hole, your railroad station.”

These days, Bryant says, every American town could use “the cultural and economic boost” that the World’s Fair brought to the Spokane region. But in the meantime, craft breweries like No-Li are working hard to fill that role. ■ 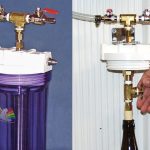 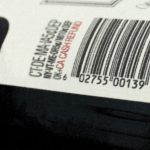