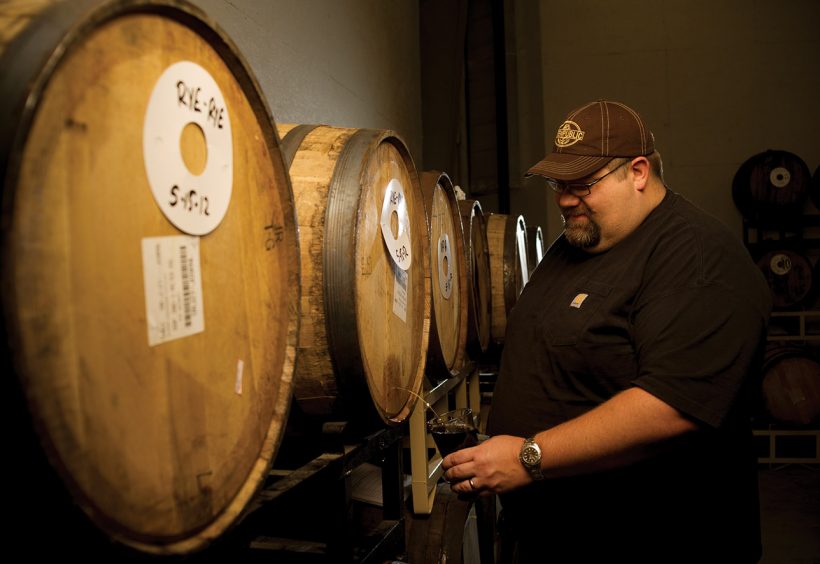 Bend, Ore., is something of a beer drinker’s paradise. It is home to over a dozen breweries, and with one brewery for every 9,111 people, it’s also the city with the most breweries per capita. One of the staples of the Bend brewing scene is 10 Barrel Brewing Company.

The production brewery opened in 2006 under the name Wildfire Brewing Company, before trademark issues forced the partners (brothers Chris and Jeremy Cox, and father/son duo Garrett and Brad Wales) to change it. 10 Barrel originally opened as a place for the experimentation and celebration of beer; the community they’ve since fostered has been drawing top-notch brewers looking for a creative outlet, who end up producing some of the country’s best brews.

Spirit of Experimentation
The brewery was founded as one 10-barrel brewhouse, which worked well for a small startup, but its output was quickly reaching maximum potential as the brewery’s popular Apocalypse IPA and other mainstays were dominating the production schedule. In order to continue its growth, 10 Barrel added a 50-barrel system last winter.

But instead of discarding the old system, 10 Barrel decided to keep it and install the two brewhouses side-by-side. They coupled the brewhouse expansion with a move to a larger facility, and by March of 2012, they were pumping out large batches of their IPA on the 50-barrel system and toying with more experimental recipes on the 10-barrel system, providing the brewery’s nearby pub with small-batch beer.

“For us, it’s not about barrelage,” Chris Cox says. “We don’t have a number that we want to do. We don’t really want to be a real large brewery. We just want to produce really cool and really good beers. I think that’s why we’re OK with all these small 10-barrel brewhouses, is because we have a lot more fun brewing on those brewhouses. The 50 just allows us to brew our production batches.”

What that means for the brewing team, headed by brewmaster Jimmy Seifrit, is more room to play. Seifrit has been supervising R&D brewmasters Tonya Cornett and Shawn Kelso (although Kelso recently moved to Boise, Idaho, where 10 Barrel is opening a brewpub with a new 10-barrel system of its own).

“For lack of a better word, I’m an enabler,” explains Seifrit, who says his job is “to facilitate the ideas that the brewers have, grow those ideas and hopefully see them come to fruition in the bottle. I do that either by providing them with the materials to work with, the knowledge, or the guidance.”

The 10 Barrel facility also contains a climate-controlled barrel cellar and a dedicated sour cell to keep the funkier microorganisms in their proper place.

“I’m trying to get away from just being bourbon,” Seifrit says of his collection of barrels, to which he’s added assorted wine and distilled-spirit barrels. “I’m always trying to find new, cool stuff to work with.”

The Main Attraction
As screaming children flock to a good playground, so too have brewers found their way to 10 Barrel. Seifrit, for example, had been a brewer at Deschutes for 15 years, where the task of brewing Mirror Pond and Black Butte Porter over and over again was beginning to wear on him.

“When these guys came to try to pry me there, I told them no multiple times because Deschutes is a great company to work for,” Seifrit says. “They take care of their employees and it really did allow me a lot of freedom.”

When he finally made the move, he wanted to re-create what he had in the early days at Deschutes. “I liked the prospect of being able to be small again and feeling like you’re gaining customers again one customer at a time.”

Similarly, Cornett left her post as head brewer at Bend Brewing Company in January, also praising the creative environment at 10 Barrel as a major draw.

“I love recipe development,” she says. “In my last position, at Bend Brewing Company, I could brew what I wanted. However, I found between the mainstays and seasonals, the time to be creative was dwindling each year. The focus of my position at 10 Barrel is research and development. I also mentor the junior brewers in recipe design.”

Along with Cornett, Seifrit and Kelso, 10 Barrel also has a team of junior brewers in Bobby Jackson, Ben Shirley and Marlowe Hoffman. Hoffman, unlike the others, who were recruited from breweries, had interned at 10 Barrel and turned down job offers to stay there.

That is exactly the kind of environment Chris and Jeremy Cox were shooting for with 10 Barrel. It doesn’t hurt that the ownership team was more than willing to supply the brewers with the kind of brewing technology that makes the job easy and appealing.

“The 10-barrel system has a few upgrades over others I have worked on,” Cornett says. “It is a luxury on a small system to have rakes and a jacketed mash tun. I also benefit from being tied to the 50-barrel brewhouse in that I have a four-roller mill, hot liquor that never runs out, a PD [positive displacement] pump, fork lift, kegs that are washed and filled for me, a barrel room, a sour room and space for projects like barrel fermentation.”

In the Bottle
Creativity is great, but brewing is still a business. It wouldn’t do much good if the brewers got to play around all day but never put out a drinkable product. Fortunately for 10 Barrel, that hasn’t been a problem.

10 Barrel’s Apocalypse IPA is the brewery’s best seller, and according to Seifrit, is a good example of what the brewery aims for with its beers.

“When we moved to the new facility, it was also a chance for us to take a fresh, new look at the IPA, and we really brightened that beer up,” Seifrit says. “We stripped out the biscuit malt out of it, added just a little bit of Crystal malt, and used a little bit of maltose dextrose to dry it out, and we just doubled the amount of hops we put in the beer. The doubling effect came in the back end of the beer and dry-hopping of the beer. We coupled that with a hopback we added to our system, and in the hopback, we use whole-leaf hops, which I like because it adds a little more of a hop complexity to our IPA. We didn’t want an IPA that smashes you in the mouth and leaves you hurting. We wanted an IPA that has a little more dexterity and a little more complexity, and I think we got that with Apocalypse.”

That falls in line with the other mainstays of 10 Barrel, such as S1NIST0R Black Ale, which Seifrit describes as a “drinkable dark beer,” and the ISA—an India Session Ale. Both beers take a straightforward approach to the respective styles, without bringing anything crazy. What the drinker gets is a simple yet elegant malt backbone, and a boatload of hop flavor and aroma on the back end.

Those beers fill the tanks at 10 Barrel, and help pay the bills—which gives the brewing team the ability to experiment on the smaller system. The experimental beers occasionally find their way into production as seasonals (like a session bourbon barrel-aged English Bitter), but are most often sent to the pub or to favorite accounts as a special offering.

Soon, more of those accounts will be in the Boise area. But if the Bend brewhouse is any indication, beer drinkers around the country should be keeping an eye on the beers that will be created on that new 10-barrel system.

What’s On Tap
Apocalypse IPA: 10 Barrel’s version of a Northwest-style IPA. “This IPA is all about the hops with no distractions,” says Chris Cox. They pared down the malt bill to enhance the hop presence in both aroma and flavor.  – 7.0% ABV, 71 IBU
ISA: 10 Barrel’s “India Session Ale” uses copious amounts of aroma and flavor hops to give a drinkable beer a big hop kick. – 5.5% ABV, 51 IBU
S1nist0r Black Ale: A simple dark beer using only Carafa, two-row and Biscuit malt to allow the Perle hop charge to shine through. – 5.4% ABV, 28 IBU

What She Said
“When deciding to brew a beer, it is important for me to get a clear picture in my head of exactly what I want it to taste and look like. I will search for beers that help me solidify my direction. I have carried around ideas for years before finding a beer that leads to recipe design.”– 10 Barrel R&D brewmaster Tonya Cornett ■ 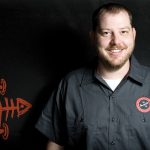 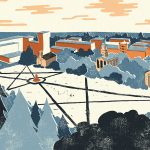