As Follows by Stillwater Artisanal Ales 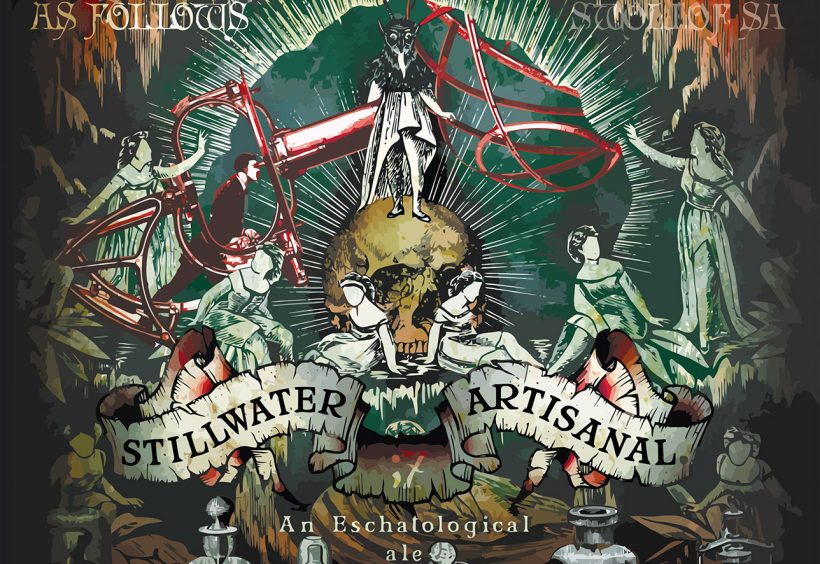 A glance at Stillwater’s As Follows label and you might be asking yourself … what makes an ale “eschatological?”

“As Follows was created to represent the coming of a new age, an intellectual renaissance of sorts and the advancement of humanity,” explains Stillwater founder and brewer Brian Strumke of his Belgian Strong Pale Ale. (“Eschatological” means having to do with “the final events in the history of the world or of humankind,” according to Merriam-Webster.) “So, coupled with the intense visuals, the beer itself is bright and refreshing while being deceivingly strong and bold, representing the power of knowledge and the purity of truth.”

The image, which Stillwater artist Lee Versoza describes as “a digital collage of antique engravings, my own drawing and photography,” is grounded in its symmetry: the ancient Grecian-style dresses juxtaposed with that brass steampunk contraption; the palm leaves, implying life and growth, allaying the blunt impact of the skull, which is front and center.

Strumke puts it more succinctly: “Problems and solutions, life and death, love and lust, science and nature, denial and enlightenment.”

Conceptual, yes, but that’s Stillwater’s M.O. “It’s not just what we want the label to say about the beer, but rather, the complete package,” Strumke says. “Stillwater was birthed as an art project first and foremost, and the ideas behind the various projects are to be portrayed in their entirety.”

One of the many friends and family who collaborate with Strumke is Versoza, a longtime friend. “I’d been fortunate to have been able to enjoy [Brian’s] homebrews long before anything was ever commercially released, and always recall the two of us joking/daydreaming about me designing a beer label for one of his beers,” says Versoza. “That opportunity actually came about in late 2009 with Stateside Saison.” Versoza, who’s also a tattoo artist, has since completed “around 24” labels for the brand, even turning down offers from other breweries.

Up next? Strumke is working on his Sensory Series project, collaborating with musicians “to create a complete sensory experience.” Strumke can always be counted on to keep the artisanal spirit of craft beer alive. Then again, he jokes: “Perhaps we think too much.” ■ 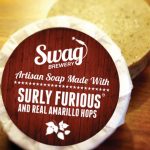 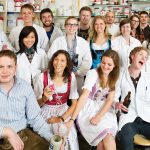