Brewing in Thin Air: What Alpine Breweries Are Doing at High Altitude 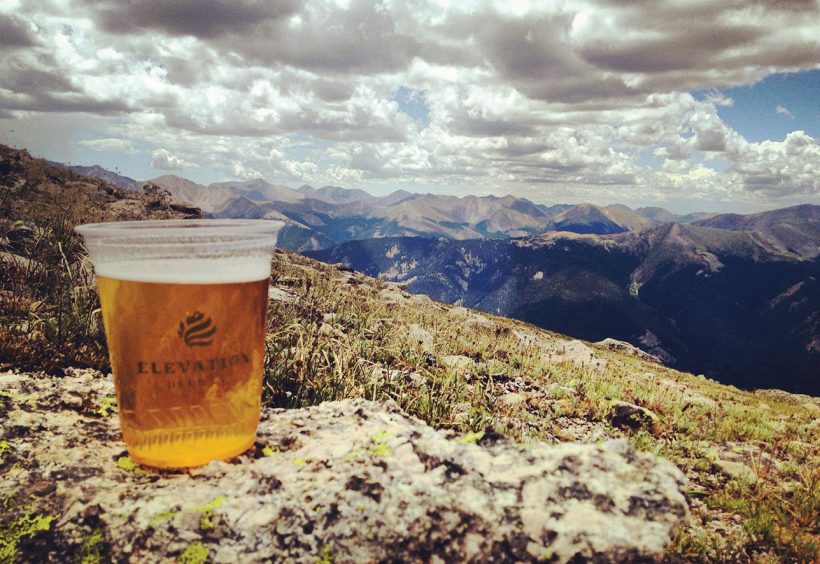 On a clear September day in 1998, four guys carrying extra-heavy packs climbed to the top of Mount Whitney in California’s Sierra Nevada Mountains. Waking before sunrise, the group trudged through patches of hard snow at a slow yet steady pace up the rocky peak, which happens to be the highest in the United States outside of Alaska. Just before noon, they reached the summit and unpacked a big stainless steel pot, two buckets, 6 pounds of malted barley, some Cascade hops and 8 gallons of water. They were about to brew a beer at 14,505 feet.

“We named it the ‘Nifty Whitney 1050’ because its starting gravity was 1050,” says Olin Schultz, a longtime homebrewer and first-time mountaineer who remembers the day—and the beer—fondly. Schultz, president of MoreBeer homebrewing supply company in California, had met his companions and planned the alpine brewing session on Homebrewer’s Digest, an email listserv from the late ’90s. But why lug so much equipment and ingredients to brew above 14,000 feet? (The water alone was 64 pounds.)

“We had heard of people brewing at Everest base camp,” recalls Schultz, “so we decided to set the record for brewing at the highest altitude in the United States.” Under bright sunny skies on Whitney’s summit, the group brewed a 2-gallon, all-grain batch of Pale Ale with Cascade hops, cooled down the wort by packing snow around the pot, and pitched the yeast. They then carried the bucket, already fermenting, down the mountain with them. Schultz’s record, though unofficial, seems to still be standing. In 2006, a team of homebrewing hikers from Denver’s Liquid Poets Society brewed a Brown Ale on top of Mt. Bierstadt, elevation 14,065 feet.

Colorado is no stranger to brewing in thin air. Most of its 160-plus breweries are more than 5,000 feet above sea level. But unlike the spontaneous homebrewer huffing it up America’s highest peaks to brew a beer, most professional brewers at altitude are downright scientific with their methods. And the first thing they point to is the temperature at which they boil.

Why does water boil at lower temperatures at elevation? For water to be converted from a liquid to a gas, its vapor pressure has to equal the surrounding air pressure. At elevation, this change can occur at a lower threshold becuase of lower air pressure. That’s why water can boil before reaching 212° Fahrenheit. In Denver—elevation 5,280 feet—water boils around 203°F. At 14,505 feet on top of Mt. Whitney, Olin Schultz’s water boiled at 186°F.

At 7,481 feet, Christian Koch knows his water boils at 198°F. But when he and three friends first opened Elevation Beer Company near the ski slopes three hours south of Denver, his problem was getting the water that hot. “We couldn’t boil our wort,” Koch says, laughing. When the brewery first fired up its new 400,000-BTU burner less than a year ago, Koch waited around for hours for a boil that never came. The thin air in the small town of Salida had reduced the burner’s efficiency by 25 percent, he says. “So we had to upgrade to 800,000 BTU’s.”

The brewery also had to upgrade to a bigger air compressor for washing kegs and bottles; with less air to compress, their original compressor’s output wasn’t strong enough. Elevation Beer quickly recovered from equipment setbacks and put out more than 900 barrels in its first year—including barrel-aged beers that feature local ingredients like Salida-sourced honey, Colorado wet hops and bourbon barrels from Breckenridge Distillery. Two months ago, Elevation went statewide, and they’re currently expanding their capacity to 5,000 barrels a year.

But the altitude presents other problems, warns Koch. “Logistics and shipping can be a challenge.” He says that in the past, mountain roads have closed due to heavy snow and stalled ingredients coming in and beer going out. But one altitude problem has a very simple solution: “Beer goes flatter faster at elevation because lower air pressure causes gas to leave the beer sooner,” explains Koch. “So we drink faster.”

The altitude gets to the big guys, too. Colorado’s New Belgium Brewing—the country’s third-largest craft brewery—teamed up with Seattle’s Elysian Brewing in 2008 to start brewing some of Elysian’s mainstay beers, like Night Owl Pumpkin Ale and Immortal IPA, at New Belgium’s facilities in Fort Collins. From the get-go, they had problems getting flavor matches between the Elysian beers brewed in Seattle and the beers they were brewing at 5,000 feet.

“To make Elysian’s recipe taste the same when brewing it in Colorado, we had to use more hops, more caramel malts and special malts,” says Grady Hull, assistant brewmaster at New Belgium. “For us, the boil is 203°F as opposed to 212°F. We see less color change and get a lot less caramelization, less color pickup and less flavor change in the boil.” Hull found himself tweaking recipes to get the right color and hop profiles.

Hull foresees more recipe tweaking soon. Construction is imminent at a second New Belgium facility in Asheville, N.C. (elevation 2,165 feet), which will add 300,000 barrels to New Belgium’s 700,000 barrels of current annual production. Though brewing in Asheville is still a couple years away, there are various elements that Hull’s thinking about changing in the recipes, like shortening the boil time and lightening up on caramel malts, to account for the lower altitude. Hull also points out that the bittering power of hops changes with altitude.

Hops need to undergo a chemical reaction called isomerization before they can impart their bittering quality to a beer. This happens during the boil. At high altitudes, alpha acid isomerization is reduced because these chemical reactions are temperature-dependent. In other words, the less heat, the fewer alpha acids are converted into their bittering form, iso-alpha acids. Because boil temperatures are lower at elevation, alpha-acid isomerization is reduced. To solve this, brewers either add more hops or extend the boil time, or both.

“Hop utilization is the biggest thing that changes at elevation,” says Sean Terrill, a nuclear engineer turned brewmaster who’s applied more than a little of his science background to brewing. “You’re reducing the temperature so far that you’re going to get less bitterness per unit of hops,” Terrill explains, “but extending the boil is only going to work to a certain point. Beyond 90 minutes, hop utilization is going to level off because you’re reaching a limit with the alpha acids in the hops.”

To make matters worse, bitterness starts to fall after 90 minutes because the iso-alpha acids you’ve tried so hard to create start to break down. Mountain brewers have to adjust their recipes to carefully balance every step and ingredient that makes a beer.

Terrill is weeks away from breaking ground at Two Mile Brewing in Leadville, Colo. At 10,152 feet, it will be America’s highest brewery. On top of this crowd-drawing claim, Terrill is jazzed about his water supply, which is clean Colorado snow melt with a very low mineral and salt content; this means it will require minimal treatment before brewing. The opposite scenario is a headache for brewers who prefer a clean slate from which to build on top of. Many breweries worldwide have no choice but to use heavily chlorinated city water or hard, mineral-rich well or spring water that they must filter and treat before using.

Earlier this year, I was sitting in a second-floor bar in Cuzco, Peru, overlooking the main square at dusk. At nearly 11,200 feet, I was getting easily winded and had taken my time walking around the ancient Inca city. The guidebooks had all warned me to steer clear of alcohol on my first day at elevation, but the promise of a Cascade- and Summit-hopped American Pale Ale in the mountains of Peru had me calling the brewmaster upon landing.

Zac Lanham is a tall Australian who moved to Cuzco in 2005 to teach English, and ended up opening Wayki Brewing on a whim. He started with a homebrewing setup and was relying on the woman next door to weigh out his grain bill. Now, his beers have top-billing next to the likes of Delirium Tremens and Old Speckled Hen, at a fraction of the cost. After telling me about the three steps of filtration he needed to scrub clean Peru’s notoriously hard water (a sediment filter, carbon filter and reverse osmosis filter), and the vast distances his European grains and American hops were coming from, I realized what a colossal task brewing in the mountains was—especially in a land with virtually no craft beer infrastructure. But if a Peruvian craft brewery high up in the Andes can acclimate to its environment and put out a consistent line of good beers, there’s hope for mountain brewers everywhere. ■ 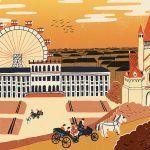 Previous: Where to Drink in Vienna, Austria 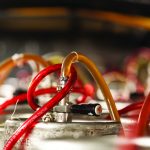