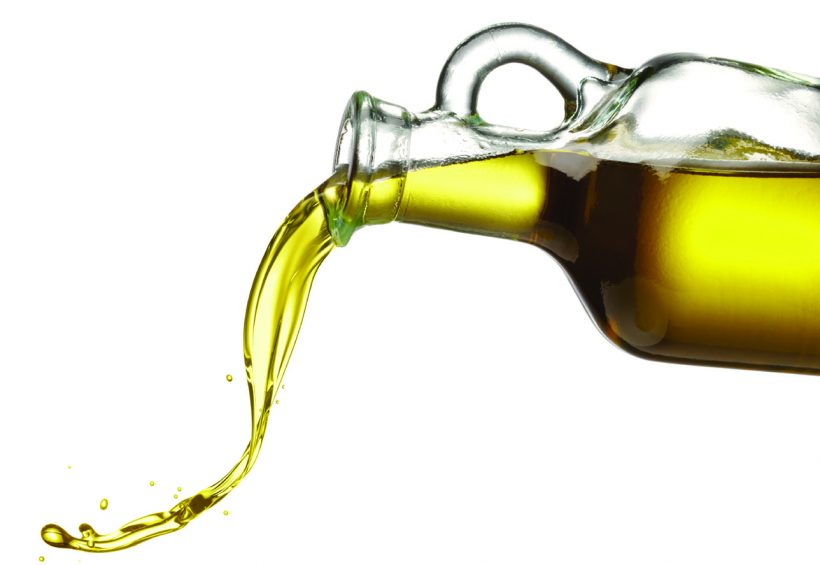 Over the last few years, there have been rumblings that olive oil can be added to beer instead of oxygen. As anyone who’s cracked open a stale, oxidized beer knows: Oxygen is bad for beer. So I set out to investigate the olive oil theory. First stop: brewing with oxygen.

To brewers, oxygen is like salt or sunshine. Even though too much of it can be a bad thing—since oxygen oxidizes and spoils beer—it’s an integral part of the brewing process. After wort is boiled with hops, it is quickly cooled down and aerated with oxygen. On your next brewery tour, keep an eye out for some thin green gas tanks connected to the pipe leading into those big conical fermentors; this is where either pure oxygen or sterile air is injected in a process known as wort aeration, generally at a rate of 5 to 12 milligrams of oxygen per liter.

But why intentionally inject something you know is bad for beer? The answer is yeast health. Like milk fortifying our bones, yeast need oxygen to build strong cell walls. The microorganisms use oxygen to make unsaturated fatty acids and sterols—basically the yeast’s version of cholesterol—that are necessary for proper cell function. Without enough oxygen, fermentation is sluggish because many yeast stop budding and then die off. Once the aerobic (oxygen-requiring) phase is complete, yeast can start the anaerobic phase where they ferment sugary wort into alcoholic beer.

Enter the olive oil. In 2005, Grady Hull, then a brewing science master’s student, submitted a thesis that proposed substituting olive oil for oxygen in hopes of eliminating its deleterious effects on beer flavor and shelf life. The idea is that olive oil contains oleic acid, an unsaturated fatty acid that could be enough to promote yeast growth. The experiments worked. Hull added olive oil to the yeast during storage and was able to brew beers that were as good as those to which oxygen had been added. In fact, their flavor stability was improved.

“There was a slight improvement for shelf life,” says Hull, who’s been brewing with Colorado’s New Belgium Brewing for 17 years. “But it wasn’t the magic bullet we were hoping for.”

The problems were that the olive oil seemed to slow down fermentation time and increase the ester profile of the test batches Hull brewed. Though New Belgium’s sensory panels preferred the higher ester profile, which generally comes across as being fruitier in flavor, the advantages of using olive oil weren’t enough to warrant replacing the wort aeration system. In other words: If it ain’t broke, don’t fix it.

For years, the olive oil theory and Grady Hull’s thesis have bounced around the homebrew forums, eliciting responses that range from dismissive skepticism to genuine scientific interest. Many have run experiments of their own. One such brewer is Chris Wright, founder of Pikes Peak Brewery in Monument, Colo.

“I honestly had some good results on the homebrew scale,” says Wright, who was about to attempt using it at his brewery as of press time. “We will use olive oil instead of oxygen in the yeast propagation phase of our production cycle—before pitching the yeast slurry into the wort. Logistically, it is easier than using oxygen and provides a lower possibility of infection for the yeast.”

Wright explains that when using oxygen, they normally “disconnect the stone from the brewing pipes and dip it into the yeast slurry while growing up the population of yeast,” which involves the tedious sanitizing of many parts of equipment. “I would consider olive oil sanitized as long as it is stored properly and the outside of the bottle is sanitized prior to use,” Wright says. “Plus the amount of olive oil used is relatively small.” (Grady Hull used 1 milligram of olive oil per 25 billion yeast cells pitched in his production-scale models.)

Consistency is a mantra for almost all brewers, but that’s not to say olive oil won’t be a key element in brewing in years to come. ■ 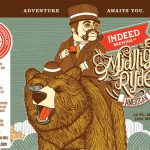 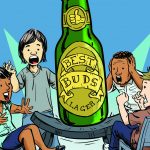