Craft Beer in the Bible Belt: How Southern Beer Laws Are Stymying the Industry 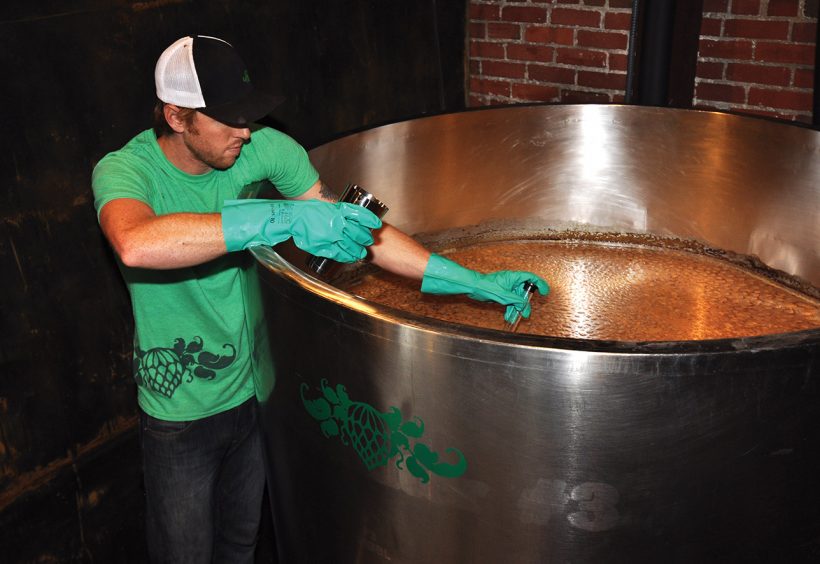 Spend enough time reading about the many alcohol laws that have recently been fought, amended and overturned in the name of craft beer in the southern United States, and you might think you’ve stumbled upon The Onion by accident:

But thanks to proactive craft beer makers and consumers in the region, many of those antiquated laws are beginning to change. “The South never had the brewing culture and traditions that the Northeast did before Prohibition,” says Yazoo brewmaster Linus Hall, who spearheaded reforms in his home state of Tennessee. “It doesn’t help that we’re in the Bible Belt of the country as well. But things are getting a lot better. The future looks bright for craft beer in the South.”

Some of the first laws tackled were caps on alcohol content. In 2004, for example, Georgia’s alcohol by volume limit was raised from 6 percent to 14 percent. North Carolina and South Carolina quickly followed suit in 2005 (6 to 15 percent) and 2007 (6.2 to 17.5 percent), respectively. Alabama’s Gourmet Beer Bill raised the ABV there from 6 percent to 13.9 percent in 2009, and Mississippi raised the state’s ABV limit from 6.3 percent to about 10 percent in March 2012.

Tennessee’s Beer Tax Reform Act, for one, is hoping to change the way the state’s beer tax (the highest in the United States) is calculated, thus making it easier for start-up breweries to grow. In Alabama, pending legislation (which was awaiting a vote at press time) would finally make it legal to homebrew there; Mississippi became the 49th state to legalize homebrewing in March. Florida’s fight for 64-ounce growlers—brewers can sell 32- and 128-ouncers currently—is pending as well. And in Texas and Georgia, advocacy groups, breweries and brewpubs are fighting for retail sales reform.

Georgia House Bill 314 would have allowed Georgia breweries and brewpubs to sell 288 ounces of beer per person per day on premise for off-premise consumption; it was tabled by the House in early March. The Peach State’s beer advocates aren’t giving up, though.

“To be where we are at with a late introduction and three weeks in the House is huge,” says Bob Sandage, owner/brewer at the Wrecking Bar brewpub. Sandage testified in front of the State House during the hearings. “Six months of trying is typical to get where we are now. Honestly, this is the first introduction of a bill like this. It came late, and expectations of a first-time pass are unrealistic. I think we—each brewery and brewpub, the Georgia Brewers Guild, beer events, etc.—need to regularly let our customers know how to contact everyone on the House and Senate subcommittees and have them do so throughout this year. We don’t want to let up now.”

Advocates of reform argue that progressive alcohol legislation benefits everyone. By the end of 2013, Georgia will have tripled its craft brewery count since the ABV raise in 2004. South Carolina has seen a similar uptick since its 2005 legislation.

“More selection, more places dedicating lines to good beer, more appreciation from all sides,” says COAST Brewing Company co-owner Jaime Tenny. “While we could have opened before laws changed, we weren’t going to—just too damn restrictive. COAST would not exist if the laws hadn’t changed.”

As brewers grow, they’ll often expand their production, hire more workers, sign on with distributors and pay more in taxes. The ripple effect boosts the local and state economies, making it easy to paint the opposition as anti-small business.

This argument is being applied in Texas, where one of the battles being fought is for tasting rooms in breweries. “If breweries are allowed to sell on premise, they can hire staff for the tasting rooms,” says Cathy Clark, who founded the Houston and Dallas beer weeks, and is a board member of Open the Taps, a grassroots organization started by consumers with the intention of reforming Texas’ beer laws. “They buy goods and services needed to run a taproom. They need more beer to supply the taproom, which leads to new staff. We know of breweries in Colorado who have been able to build entire new brewhouses using the profits from their taprooms.”

Other pending legislation in Texas would allow brewpubs to distribute off site, production brewers to sell on site and small breweries to self-distribute.

Moroever, antiquated legislation keeps Southern states from competing in the rest of the country’s booming craft beer scene. “The ABV cap forced Mississippi beer geeks to buy most of their favorite craft beer in surrounding states,” says Craig Hendry, president of Raise Your Pints, a group organized to change the state’s beer laws. “Mississippi was losing tax revenue, and Mississippi small businesses were losing those sales.”

Tennessee’s 17-percent wholesale tax on beer is the highest in the nation, making it difficult for breweries to grow as their beer becomes popular. “It was implemented in 1954,” Hall says. “The amount of the beer tax revenue per gallon rises every year due to inflation—as beer prices at the brewery level rise, this tax multiplies that price by 17 percent. It’s a deterrent to growing your brewery.”

In Texas, the Wholesale Beer Distributors of Texas are backing a bill that would make it illegal for breweries to be compensated for distribution rights. Jester King’s Ron Extract has been a vocal opponent of the bill. “As a result of this, I can say for sure that we will never work with a WBDT member unless they publicly renounce this effort,” says Extract, who’s no stranger to legal battles. He and his team saw several victories as a result of their lawsuit against the Texas Alcoholic Beverage Commission in 2011, such as overturning the law that required Texas brewers to call everything over 4-percent alcohol by weight “ale” or “malt liquor,” and everything below 4-percent ABW “beer.” They also overturned a law prohibiting brewers from telling customers where they could buy their beer.

“[The WBDT has] totally driven a wedge between them and us, and established themselves as really being completely contrary to our interests. I can’t see ever having a relationship with a distribution partner that’s on board with that,” Extract says. “When other breweries are coming into the state and deciding which way they want to go, I think this is something very important for them to consider.”

Meanwhile, the few, more progressively minded Southern states are reaping the benefits of their less oppressive beer laws. Besides hosting a booming small-brewery industry, North Carolina won the business of Oskar Blues, Sierra Nevada and New Belgium; those openings will bring hundreds of jobs and millions of dollars to the Tar Heel State, not to mention worldwide attention.

“We started in Chattanooga, but as we drew closer to starting construction, the draw of North Carolina beer regulations grew more appealing,” Walt Dickinson, co-owner and brewer of Wicked Weed in Asheville. “We have become known for producing big, dry beers that push creative and flavor boundaries. If we were to move forward in Tennessee, we would have only been able to brew up to 6.2 percent. Last Friday, we had 26 beers on tap, all brewed in house, ranging from 4–10.5 percent ABV. We would not be able to create the sensory experience without the freedom to brew as often and with as little creative restriction as North Carolina allows.”

“Historically, people viewed alcohol as the root problem and legislated based on that assumption,” says Jason Wilson, founder/president of Back Forty and president of the Alabama Brewers Guild. “But today, you’re seeing more and more people recognizing alcohol can be enjoyed responsibly if you’re educated about what you’re drinking. This is why micro operations are so great. We are small business owners that care about our customers and work hard to be a positive part of the community.”

It’s likely that those who continue to oppose progressive legislation will eventually end up on the wrong side of history. “You look at a company like Dogfish Head, who started out as the smallest brewery in the country with a little brewpub and grew into one of the biggest craft brewers,” Extract says. “That story couldn’t be told in Texas. It’s prevented by the laws in the state right now.” ■ 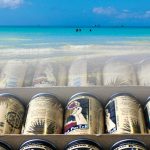 Previous: It's 5-Percent Somewhere: American Brewing Off the Mainland 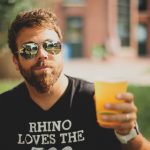