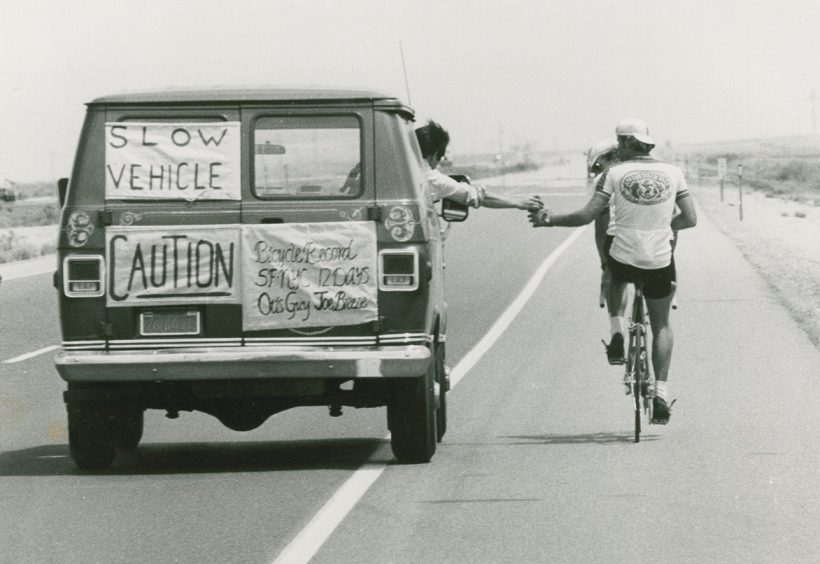 Fritz Maytag hands off to Joe Breeze in 1979, when Breeze and Otis Guy attempted to ride their tandem bike, the “Anchor Steamer,” from San Francisco to New York. | Photo courtesy of Anchor Brewing, San Francisco

Craft brewers have always had to be creative. With limited advertising budgets and without large marketing departments, small breweries have found other ways to get their names out there. Unique logos are one way to differentiate a brand. Gary Geist, co-owner of the Portland, Ore., based Lucky Labrador Brewing Company, knew early on he had a good one.

“Our logo is pretty amazing,” says Geist, referring to a smiling black lab framed by the company’s name. “We sell a ton of merchandise.”

Geist had the logo, but even he was skeptical when Roger Mallette, the late founder and CEO of Retro Image Apparel, approached him about putting it on a cycling jersey. The pair worked together on some mock-ups and settled on a design, inking a licensing agreement. Lucky Lab cycling jerseys are now sold by the brewery and at REI stores around the country.

“We were walking through Manhattan, and I told my wife I needed to stop into an REI,” says Geist. “Sure enough, there it was. It was pretty wild seeing our logo in the middle of New York City.”

Breweries large and small are hopping on the cycling jersey trend. Voler makes a jersey for Allagash, and many of the Maine brewery’s employees ride to work, even in the dead of winter, according to marketing director Dee Dee Germain. North Coast, Victory and Anchor Brewing all have their own beer jerseys.

Jeremy Cowan, founder and owner of Shmaltz Brewing in San Francisco, says the jerseys his company sells with Retro are a bit of fun marketing, though he acknowledges he doesn’t make much money off the venture. The jersey for Coney Island Lager is adorned with the colorful, demented clown found on the beer’s bottles.

“The artwork translates over to a jersey really well,” says Garrick Arnold, Retro’s director of marketing. “Having something really solid and vibrant to work with makes our job a lot easier.”

Arnold says Retro likes to take orders of 50 jerseys or more, but smaller breweries have gotten into the act through other channels. Grace Tkach, who co-founded the 1 1/2-barrel Idle Hands Craft Ales in Everett, Mass., recently gauged interest in an Idle Hands cycling jersey on Facebook. She’s placing a small order in conjunction with a charity ride in the state. Tkach is an avid cyclist, and designing a beer jersey is something she’s always wanted to do.

“The marketing merchandise is a necessary part of the business, but it’s not an area we wanted to put too much emphasis on,” Tkach says. “We’re still very much focused on perfecting our craft and the beer.”

The jerseys act as “riding billboards,” according to Geist, who says he sees cyclists wearing his jerseys all around town. The shirts are particularly useful at a couple of events the brewery organizes, like a “Tour de Lab” event and a ride in February dubbed the “Worst Day of the Year Ride,” which in most years falls on a counter-intuitively sunny day.

An organized ride is what led industry pioneer Anchor Brewing to produce cycling jerseys of their own. They started with an order of two. In 1979, Anchor sponsored Otis Guy and Joe Breeze as they set out to ride a tandem bike from San Francisco to New York. Anchor founder Fritz Maytag was a cyclist himself; in 1962, he rode from San Francisco to Quebec. Rather than being the product of a grander advertising plan, the sponsorship bubbled up organically from Maytag’s interests.

“It can’t seem contrived, like something that came out of a bunch of marketing meetings,” says Dave Burkhart, Anchor’s design and graphics production manager and brewery historian. “It’s a gut feeling. It’s got to fit with who you are, not who you’re trying to be.”

Breweries who go ahead with designing and selling their own jerseys have had success with a targeted audience. Many craft drinkers are cyclists, runners and outdoor enthusiasts.

“There’s something great about both wearing gear from a brewery you like and working it into something that involves more than bending an elbow at the bar,” says Portland resident Nigel Duara, 30, whose girlfriend bought him his Lucky Lab jersey.

One of the biggest keys to success is that merchandise doesn’t appear forced on craft drinkers, a group who doesn’t particularly like to be marketed to.

“Wearing a particular logo is a statement that you make about yourself, who you want your friends to be and who you are,” says Anchor’s Burkhart. “Craft beer has a leg up on the competition in that regard.” ■ 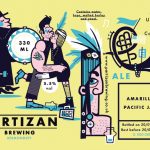 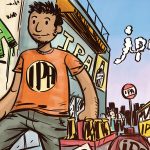