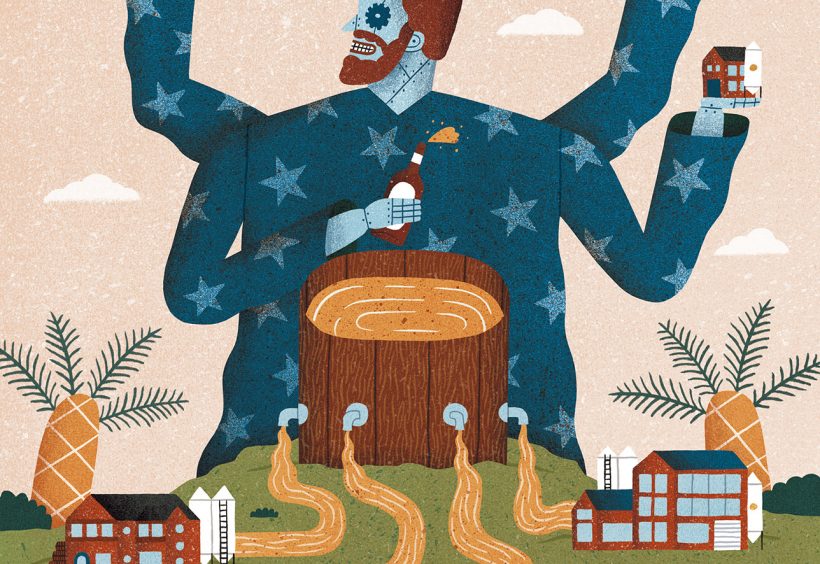 When the creation of Brew Hub—the ambitious project that began build-out in May on its first brewing and packaging facility in Lakeland, Fla.—was announced, more than a few eyebrows in the craft beer industry arched in suspicion. Founded by several former Anheuser-Busch InBev executives, Brew Hub’s plans include opening five facilities throughout the United States, and with more than $100 million of venture capital being poured into the company, many beer advocates are questioning just how craft-oriented Brew Hub will be.

“I think the creation of Brew Hub says that some investors think craft beer is here to stay and are banking on the current demand crunch sticking around,” says Joey Redner, founder of Cigar City, the Tampa brewery that’s a 40-minute drive from the Brew Hub site.

Indeed, Brew Hub is the latest in new approaches to dealing with the craft beer boom; others include everything from angel investors, like Alchemy & Science, to more modest cash injections, like The Brewery Incubator in Houston, Texas. MillerCoors even launched its own craft beer arm in 2010, Tenth and Blake, which just announced a sizeable expansion. But rather than just investing in a brewery or contract brewing their beer, Brew Hub is billing itself as a brand-new business model: “partner brewing.” Yes, they’ll be making someone else’s beer, but they’ll also be marketing it, bringing to a new region, and introducing it to local media and consumers personally.

“If you’re looking for somebody just to make your beer for a gap or a short-term need, we’re not your partnership,” says Brew Hub CEO Tim Schoen. “What we’re really into is signing long-term deals. We’ll give you the best brewing services of anybody out there. But we’re going to augment that with chain buying, your distribution strategy, how you talk to wholesalers. We’re going to mandate that you send your brewmaster down and spend two weeks. We’re going to do a media tour. You come to our Brew Hub, and if you’re one of our partners, this is a part of your storefront.”

Schoen has worked in the beer business for 30 years, mostly doing brand management for Anheuser-Busch. But about a year after the A-B InBev merger, Schoen decided to part ways with the company. As he left, he says he was thinking about craft beer’s increased market share and how wholesalers were clamoring for the product, but that “they can’t fulfill orders, they can’t do logistics. There were myriad fundamental problems,” Schoen says. “Something about the infrastructure of [the craft beer] segment needs change. So we started looking at it from inside, out.”

Of course, the partner-brewing model isn’t going to work for every brewer.

“Since day one, all our beers have been brewed in-house by us,” says Steve Farace, director of marketing at SweetWater Brewing Company in Atlanta, Ga. “It isn’t part of our plan or style to outsource production. Last summer, prior to the new brewhouse being online, we were up against our capacity ceiling, but we weathered it, held off on opening any new markets, focused on the important stuff and came out of it last fall in a great place. We learned how to operate more efficiently as a result, and became a better brewery along the way.”

Schoen doesn’t argue with the fact that Brew Hub isn’t for everyone, but he does maintain that his company can and will serve craft breweries of any size, and that those who work with them will be better off for it. And while they’re not revealing who those people are just yet, they seem fairly confident about the future; when pressed for concerns, the team seemed less worried about the industry they’re trying to change than about the amount of ingredients required to change it.

“The biggest barrier from my point of view is going to be getting ahold of enough hops,” says Paul Farnsworth, Brew Hub’s chief brewer. The British-born veteran brewer has taught brewing classes, and has helped start up more than 100 craft breweries in 10 different countries. “All of the characteristic hops for massively over-hopped IPA styles have been outsold already. Here, we’re going to be a 75,000-barrel-a-year brewery, and getting some styles of hops is going to be in the way.”

That 75,000-barrel brewery, which is slated to open in May 2014, is currently under construction in Lakeland, Fla. “We chose it because, from a craft-segment standpoint, it’s underdeveloped,” Schoen says. “Same with Texas. Those were the two most fertile grounds, and Florida was the most fertile.”

Cigar City’s Redner is optimistic about the operation moving in up the road. “Brew Hub is being built to accommodate beers that throw a lot of gravity and vegetation at the kettle,” Redner says. “It’s the kind of brewery a lot of craft brewers would build for themselves. If Brew Hub stays true to what has been laid out so far, the brewing of each batch will remain in the control of each individual brewery.”

Would Cigar City consider Brew Hub an option, though? “We are in the same capacity crunch most breweries are,” Redner says. “Our on-site expansion will wrap up by fall 2013. That will give us a capacity of 55,000 to 60,000 barrels at our Spruce Street brewery, and we don’t have much physical space left to go beyond that. We’ll either need to build a new brewery elsewhere from the ground up, or find another option we’re comfortable with. We’re looking at multiple options, and building a new brewery is still one of them. From a technical standpoint, I would have no compunction about working with Brew Hub, but things like pricing and brand control also have to be considered.”

Four more Brew Hubs are set to roll out during the years to come, spread geographically throughout the country. Each will serve a roughly 300-mile radius, and Brew Hub projects that it will get its breweries’ beers into the hands of 70 percent of beer consumers in each radius. While no formal international plans have been made, there is a UK company interested in working with the Brew Hub team as well.

As for the brewers who might work with Brew Hub, Schoen says they fall into three constraint categories: capacity, geography and economy. Which is to say: Brew Hub isn’t just for startups. “If you’re a hot brewer in California, and you’re selling every drop you’re making but you want to come to the Southeast, we’re the perfect choice for that scenario,” says Schoen.

That being said, they’re purposely saving space for new breweries. “We’ve reserved almost 10 percent of our capacity for that small guy who we know can’t expand any further where they are,” Schoen says. “We wanna help those small guys. Five years from now, if that brewery is in two or three of our Brew Hubs around the country, and he’s 10 times the size he was when we first met him, that’s a success story. For everybody.”

Of course, not all brewers equate success with expansion. So it’s those who are coveting shelf space in new regions that Brew Hub is really after—like O’Fallon Brewery, located about a half-hour west of St. Louis, Mo. Owner Jim Gorczyca currently maintains an alternating proprietorship license with Stevens Point Brewery that’s helped him fulfill demand as his company’s grown, but Gorczyca isn’t done expanding. “We do plan to expand, and we need to,” he says. “We are busting out of our small facility. Expansion allows you to have enough capacity to handle strong growth trends and allows you to control your destiny.”

Gorczyca has his concerns about Brew Hub, but sees it as a viable alternative depending how things shake out in the years to come. “I think Brew Hub is a great idea,” he explains. “It would be a possible brewing solution for us if we decided to go to the Southeast. My concerns are about price and quality.”

But, as with most of the new money floating around the craft beer industry these days, Gorczyca says it’s still too soon to predict how Brew Hub will pan out: “It’s just too early to have an opinion on this until they come online.” ■ 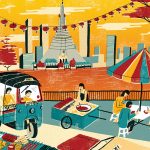 Previous: Where to Drink in Bangkok, Thailand 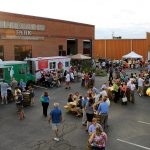