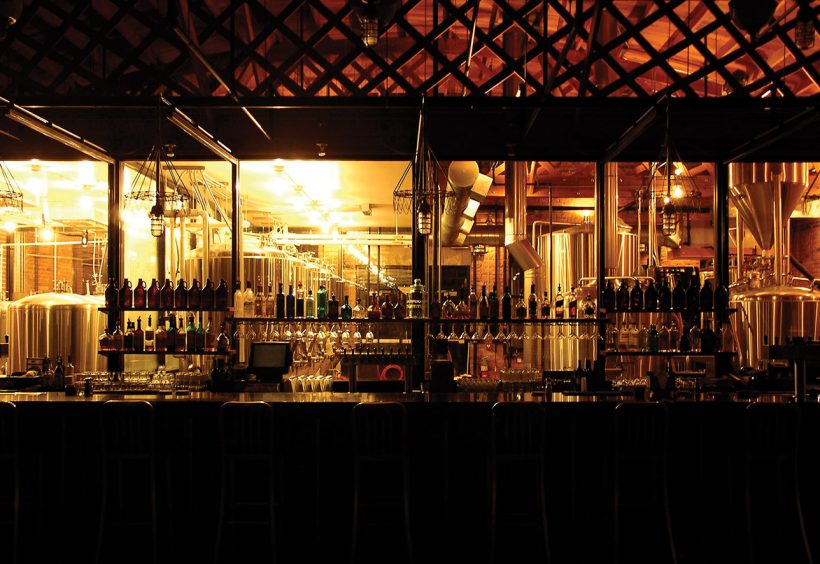 Sometimes, the transformation of a neighborhood turns on a brewery. That was what Gerald Wyman and Chuck Comeau were betting on when they decided to open Lb. Brewing Co. as part of Hays, Kansas’ downtown revival.

“We decided right away we had to do something with beer, and it had to be cool,” says Comeau, whose private development firm had begun investing in and rehabilitating downtown Hays in 2000. “A microbrewery was like a wish. I never, ever thought how could we pull it off, because it’s very hard. You have to have someone who is really talented to brew beer. It was like a pipe dream as far as I was concerned, and then Gerald walks through my door.”

A microbrewery was still a pipe dream for Wyman, too, until he caught wind of Comeau’s project and went straight to his office to pitch himself as their brewer. Those first steps through Comeau’s doorway led to a path that brought Wyman, Comeau and 53 local investors together in a process that resulted in Gella’s Diner and Lb. Brewing Co.—and from there, Wyman wasted little time putting the small Western Kansas town on the map.

Bricks and Medals
Hays’ downtown section was in disrepair when Comeau’s development firm decided to revitalize the area. The four-unit block that eventually became Lb. Brewing Co. (nicknamed “Lb.,” which is short for “liquid bread”) was covered in aluminum siding and had a collapsed roof.

Downtown Hays Development Corporation, a civic nonprofit group comprised of volunteer workers, bought the buildings and deeded the location over to Comeau’s development firm, Liberty Group, which in turn put its money and the money of its investors into trying to refurbish the historic location on East 11th Street.

“There was not a lot to save, but we went through and saved everything we could as far as original architecture,” Comeau says.

Comeau, who is also the co-founder and principal of a design firm in Plainville, Kansas, designed the interior of the building, and Wyman started on the blueprints for the brewery. He installed a 10-barrel system from JV Northwest, and art students from Fort Hays State University adorned the restaurant walls with murals and paintings. The result is a little something for everyone.

“Being in Hays, Kansas, it’s kind of a smaller city, and we have to deal to every demographic,” says Brendan Arnold, Gella’s front-of-the-house manager. “We try to appeal to everybody. We take a lot of pride in the quality and presentation of the beer, as well as the quality and presentation of the food and service. It’s a casual place with a high-quality product that we try to offer everybody.”

Soon enough, Wyman was brewing beer that matched the beauty of the building’s refurbished interior. Within three months of the pub’s opening in 2005, Wyman won a silver medal at the Great American Beer Fest for the Lb. No. 06 Oatmeal Stout—an award that validated the homebrewer-turned-pro’s credibility within the brewing community.

“Now my wife says, every time we go to a competition, You’re going to relax if you win, right? I say, Yes, I’ve gotten over that,” Wyman jokes. He explains: “I got silver with my Oatmeal Stout when we had only been open three months, and I freaked out a little bit. It’s just been a surprise to me for the most part that we’ve pulled off the medals we have. The gold medal in Chicago [for the same beer] at the World Beer Cup is something I will never forget.”

Making the Leap
Before his life as a brewer and managing partner of a brewpub, Wyman was a cattle farmer; he farmed with his father-in-law for 10 years and on his own for 10 years (“I still have the farm—no cows!” he says).

After a vacation introduced him to good beer and an old homebrew kit from his brother-in-law made its way to his kitchen, Wyman’s life started taking a new direction.

“I homebrewed on a different level than most homebrewers,” he says. “I did a few years where I was running a few-hundred-head cow/calf operation, and I farmed on my own for a few years. I have two daughters, and they were pretty much city-bound. Brewing just seemed appealing.”

Soon, unfettered by his wife’s gentle nudging out of the kitchen and into the garage, Wyman became fully hooked on brewing.

“What really got to me was the sight of fermentation in a glass carboy,” he says. “Then it went on from there to all-grains, where I was so impressed with the process and the involvement to actually produce a pint of beer and the challenges involved in it. I just kept adding equipment to my system. It got pretty involved out there on the farm.”

Meanwhile, Comeau and Liberty Group recognized an opportunity in Hays’ struggling downtown. Hays was founded by Volga Germans, and the settlers who once worked the nearby fields often had to drink their lunches: “liquid bread,” or beer. With this heritage in mind, and the town’s thirst for beer at the forefront, Comeau knew that a good drinking spot was necessary for his group to properly rehab the area.

Comeau’s beer knowledge was limited, but he had friends and partners who could tell contenders from pretenders. When Wyman was put to the test, and passed marvelously, Comeau recognized that he’d found the perfect solution.

“He’s very, very bright. He’s very, very smart,” Comeau says of Wyman. “He understands microbiology and organic chemistry—all of it together to create these beers to make them what they are. He took off brewing beer like he’d done it his whole life. Right off the chute, he went to GABF and won a gold medal. And now it’s become an icon in Hays.”

Stylistically Balanced
Wyman takes pride in the fact that he’s won awards for beer styles at opposite ends of the spectrum, such as his American Wheat and Oatmeal Stout, which have both won medals at GABF and WBC. Part of his success has to do with Wyman’s careful dedication to his procedures and cleanliness (“I am very much a clean freak. I do admit it,” he says), but it doesn’t hurt that he is a stickler for adhering to style guidelines.

“The whole thing we try to do here is brew to style,” Wyman says. “You just don’t want out-of-style beers. I’ve tasted a lot of those over the years. I think people are getting better and better at that as craft beer goes on.”

The brewery and restaurant always has 10 beers on tap, with a new seasonal debuting every month. The focus of each of those beers is finding a harmonious balance of flavors within the guidelines of the style. Wyman’s IPAs have a flourish of hop flavor and aroma, but balanced with a sturdy malt backbone. The Oatmeal Stout and American Wheat are intrinsically different from one another, but both are highly drinkable because Wyman designed them that way. The result has been a steady stream of awards, and the ultimate revival of Hays’ downtown.

What He Said
“I learned this a long time ago at the homebrew level—you can have the best-tasting wort sample in the world, but if the yeast slurry isn’t right, and the right cell count, then you just won’t make a very good beer. And if you don’t clean up after that brew you just did, maybe two or three beers down the road, you’re going to have an off-flavor, and that off-flavor is going to turn into an infection.” –Gella’s Diner and Lb. Brewing Co. co-owner and brewer Gerald Wyman ■ 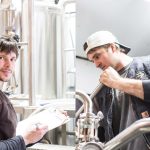 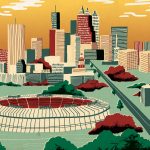